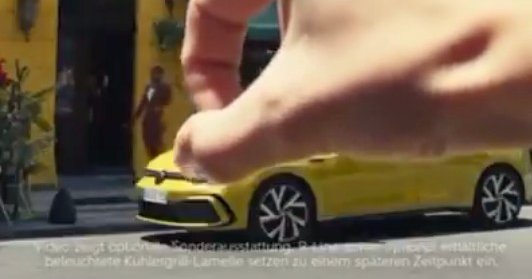 In the brief video, a dark-skinned man is pushed off a city street and onto a sidewalk by a giant white hand. Then another giant hand takes him by the head and pushes him toward a doorway, before he is summarily flicked inside.

The 10-second ad by Volkswagen, to promote its new Golf on Facebook and Instagram, set off a controversy this week as observers pointed to its racist symbolism.

The carmaker pulled the ad on Tuesday.

“We posted a racist advertising video on Volkswagen’s Instagram channel. We understand the public outrage at this. Because we’re horrified, too,” said Jurgen Stackmann, a member of the Volkswagen brand’s board of management, in a statement posted on LinkedIn on Twitter. “We’re ashamed of it and cannot explain how it came about.”

Mr. Stackmann referred to the “guilt of our company” because of its close ties to the Nazis in the 1930s and ‘40s. “That is precisely why we resolutely oppose all forms of hatred, slander/propaganda and discrimination.”

There was much not to like in the short video, many commentators said. Some pointed to the name of the cafe where the man is tossed: “Petit Colon” translating to “Little Colonist.”

An animated slogan that appears at the end — “Der Neue Golf” or “The New Golf” — briefly appears to spell out a racist slur in German, the magazine Der Spiegel said. German television said the giant hand could be interpreted as a “white power” gesture.

Volkswagen said it would investigate how the ad was made, “with full transparency and consequences.”

The carmaker has occasionally come under fire for insensitive marketing or remarks. In 2013, a Super Bowl ad was criticized as racially insensitive for featuring a white man speaking in a lilting Jamaican accent. In 2019, the company’s chief executive apologized for using a phrase that echoed a Nazi-era slogan. The same year, Britain’s advertising watchdog banned a Volkswagen television ad under harmful gender stereotypes.