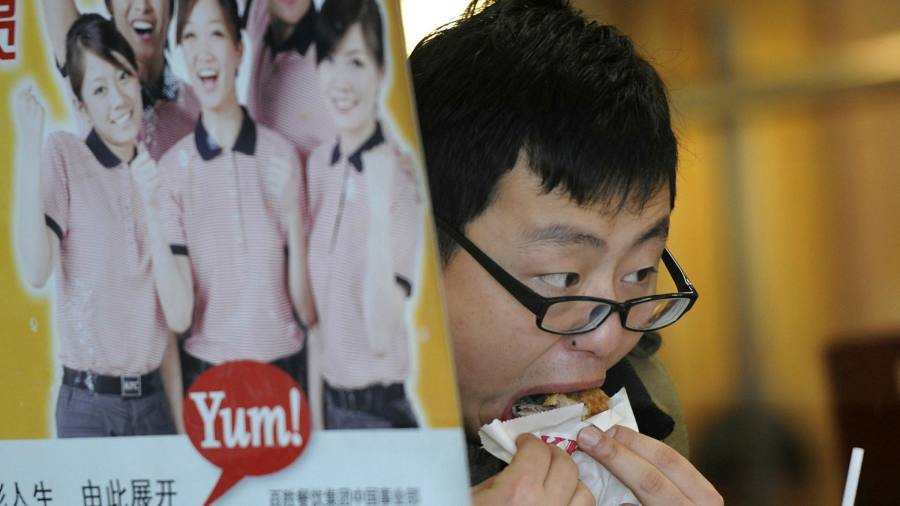 Jeff Warren’s commute used to be a 15-minute walk through New York City to Goldman Sachs’ headquarters in southern Manhattan. Since the coronavirus pandemic struck, it has become a 15-second climb to his mother-in-law’s attic.

From this makeshift office, he orchestrated the first high-yield bond sale in the US for almost a month on March 30: a $600m deal for Yum Brands, which owns Pizza Hut, KFC and Taco Bell. The deal rounded off a record breaking month of bond issuance from highly-rated US companies, all completed by bankers, investors and corporate treasurers mostly working from home.

“It went extremely well but there were challenges that we had to work through,” said Mr Warren, who runs leveraged finance capital markets for consumer companies. “When I am on an 8am phone call with the salesforce and my three-year-old daughter wants to come in and use MS paint while I am talking about raising hundreds of millions of dollars for Yum, it gets complicated.”

Mr Warren’s experiences are shared by bankers across the globe who have drummed up huge quantities of debt — and generated record fees in the process — as companies and governments scramble for funds to combat the effects of the viral outbreak.

Despite advances in electronic trading, corporate debt tends to be a more hands-on business than the high-speed world of stock markets.

“I don’t think systems were designed with quite this in mind — the sheer scale of it,” said Lee Cumbes, head of public sector debt at Barclays, who helped arrange big bond deals for Belgium, Israel and Portugal in recent weeks from his home in London. “It’s been remarkable how well things have worked.”

A little over a week before Yum’s bond sale, roughly 800 miles away from Mr Warren’s Long Island attic, Yum’s treasurer Keith Siegner assembled colleagues through Microsoft Teams communication tools, making the decision to raise the cash from his ground-floor home office in the leafy suburbs of Louisville, Kentucky.

Given the volatility in markets, he was not certain he would find a receptive audience to buy the bonds, but a calm open to trading in Asia on Sunday, March 29, prompted the decision to launch the next day. Back in Long Island, Mr Warren asked his mother-in-law if he could pay to increase the house’s internet speed to 250 megabytes per second.

“I couldn’t take the risk of my VPN logging off in the middle of the night, so we bumped it up,” he said. “I didn’t think I would have to think about that six weeks ago.”

Had he been in the office following the 7:30am call on Monday to confirm the deal would go ahead, Mr Warren would have then led a meeting with Goldman’s sales team to walk through the details of the transaction, asking them for guidance on which investors might be interested in taking part. All that activity has now shifted online.

But video conferencing and electronic chat channels can do only so much to make deals go smoothly. Two days after Yum’s deal closed, Mr Siegner still faced hurdles. While most of the legal documents could be signed electronically, Bank of New York Mellon requires “wet” signatures for the bond notes that are stored in its vaults, requiring him to send them overnight from his local UPS store. “I wore my mask,” he said.

Other bankers describe similar difficulties. Andrew Karp, head of investment grade capital markets at Bank of America Securities, which has led more US deals than any other bank during the recent spate of issuance, said he had most keenly missed the office “hoot” system — a network of speakers on every desk across the trading floor that allows traders and salespeople to broadcast messages to each other.

“That’s the one thing you don’t have,” he said, speaking from his home office, converted from his kids’ play area above the garage of his home in Armonk, Westchester, north of New York City. “You can replace that with more chat communication. It just takes more time.”

That can be a challenge, say bankers, when they are trying to accurately price billions of dollars of debt. Wild swings in government bond markets have made quotes on trading screens less reliable than normal, they say, leaving them more reliant on counterparts on trading desks to gauge what investors are doing.

“In normal times we can shout across the desk,” said Mr Cumbes. “Being there amongst the team, you naturally absorb some knowledge by osmosis. Now there’s a significant increase in calls and inquiries via chat. You have to work a lot harder to stay on top of everything.”

It means that despite the deluge of bond sales running smoothly, few bankers expect it to fundamentally change the workplace once restrictions on movement are lifted.

“I do think there will be changes in how people work,” said Mr Karp. “But there is a benefit to having people in one place. I don’t think we are going to be moving to a complete work-from-home environment.”