Housing starts in the US crushed by coronavirus 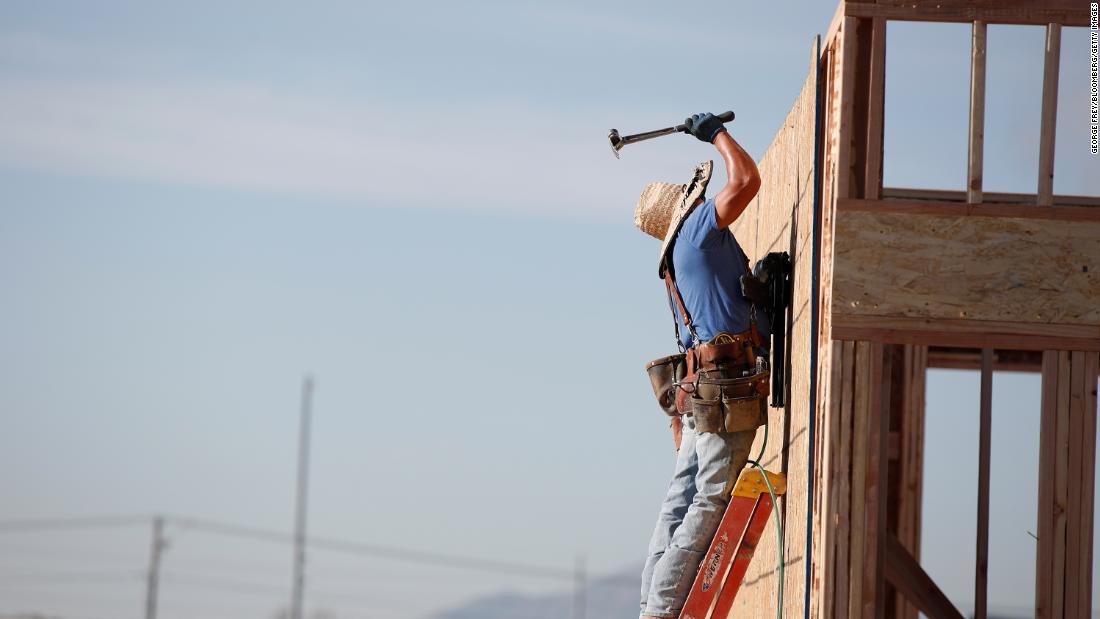 Privately-owned housing starts declined last month to an annualized rate of 1.2 million, the US Census Bureau said Thursday. That represents a 22% decline from the pace in February.

The worse-than-expected declines in housing starts reflects the economic impact caused by the pandemic.

Despite the sharp month-over-month drop, housing starts were still up from a year ago.

Many construction projects have been classified as essential work, meaning they could continue despite stay-at-home orders across the country. Yet social distancing requirements can slow that work and mounting job losses gave homebuilders pause.

Building permits, a more forward-looking indicator, also slowed. Privately-owned housing units authorized by permits in March dropped to an annual rate of 1.4 million, Census said. That’s 7% below the February pace. The drop was led by single-family authorizations. However, authorizations of multi-unit buildings rose by 5% from the February pace.

It’s the latest sign that the pandemic will have hurt America’s once-booming housing market.

Industry executives have become significantly more pessimistic about the outlook for the housing market.

US homebuilder confidence for single-family homes plunged in April by a record 42 points, according to a National Association of Homebuilders index released Wednesday.

“The unfolding nightmare in the labor market has removed large numbers of potential homebuyers from the pool,” Ian Shepherdson, chief economist at Pantheon Macroeconomics, wrote in a report Wednesday.

New numbers released Thursday show that another 5.2 million Americans filed for unemployment benefits in the week ended April 11. All told, 22 million people have filed for first-time claims since mid-March.

The government is attempting to avoid a wave of foreclosures caused by the mass layoffs by allowing homeowners hurt by the coronavirus pandemic to postpone payments.

Yet many Americans may be less willing to buy homes when they read the dreary economic headlines and look at sharp declines in their investment portfolios.

“Everything will get revalued. If the stock market is lower, that has massive wealth effects,” said Peter Boockvar, chief investment officer at Bleakley Advisory Group.

Yet others argue that historically-low borrowing costs and a limited amount of supply of homes will insulate the real estate market.

“I don’t expect a collapse in prices,” said David Kelly, chief global strategist at JPMorgan Asset Management. “There’s no reasons to sell your home at a loss this year if you can get a better price next year.”