How a Raise for Workers Can Be a Win for Everybody 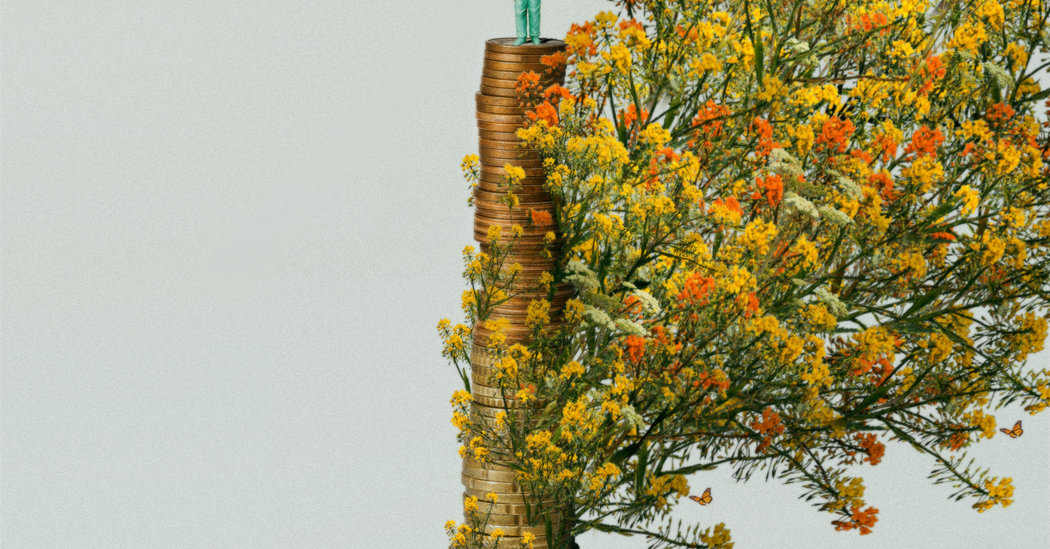 Two new studies show that giving pay raises to low-wage workers is good for consumers, too.

That finding could add momentum to efforts to help grocery store clerks, nursing home workers and delivery drivers who are being paid a minimum wage despite their efforts being so essential during the current pandemic.

Because many customers are willing to pay more when quality improves, a company can raise its prices without losing sales volume. That means that profits need not suffer even though employee salaries increase.

Moreover, because companies are getting better performance from workers in return for paying them more, a higher minimum wage does not necessarily lead to fewer jobs. With a more productive work force, more economic value is being created and there is more money to go around, so a higher paycheck for one person does not imply another person’s loss.

The federal minimum wage of $7.25 an hour has not increased since 2009, though Democrats in the House of Representatives have tried to raise it. State and local governments can set their own minimum wage, provided that it is above the federal rate. For example, Ohio’s minimum wage is $8.70 an hour and New York state’s is $11.80. San Francisco’s is $15.59 an hour.

The two new studies, one focused on nursing homes and the other on department stores, looked at the effects of minimum wage changes made at various levels of government. While they are both still working papers and have not appeared in scholarly journals, they were conducted rigorously, by my estimation, and the evidence they offer deserves consideration in the debate on the minimum wage, particularly during our current health and economic crises.

The nursing home study, by the economist Krista Ruffini, a visiting scholar at the Minnesota Federal Reserve, has direct implications in the current pandemic. The improvements in quality it found may be a very a big deal: They imply fewer medical complications and, perhaps, a longer life for patients.

Ms. Ruffini analyzed hundreds of increases in the minimum wage across the United States from 1990 to 2017. In each case, she compared employment in neighboring counties that suddenly had different minimum wage levels.

Her method expands on a landmark study by David Card, an economist at the University of California, Berkeley, and Alan Krueger, the former presidential adviser and Princeton economist, who found no drop in fast-food employment when New Jersey raised its minimum wage in 1992 above the level paid across the state line in Pennsylvania.

Similarly, Ms. Ruffini found little change in employment levels in nursing homes. Many employees were paid the minimum wage or somewhat more than that. Even in cases of the workers — nursing assistants — who had been paid more than the minimum wage, an increase in that base wage rippled through the labor market and still raised their salaries.

Ms. Ruffini’s most startling finding was that higher minimum wages reduced mortality significantly among nursing home residents. Her research suggests that if every county increased its minimum wage by 10 percent, there could be 15,000 fewer deaths in nursing homes each year, or about a 3 percent reduction.

How did pay increases translate into better patient health and longer lives? It appears that with better pay, jobs in nursing homes became more attractive, so employee turnover decreased. Patients benefited from more continuity in their care.

In addition, the better paid employees may have simply worked harder, perhaps because they cared more about holding onto their jobs. Economists say they have been paid an “efficiency wage”: Employees become more productive when their wages are higher.

The higher wage may also have attracted more skilled or industrious people to the job, but this seems to account for at most a small portion of the improvements in patient health.

A crucial finding is that the benefits for workers and patients did not come with any apparent downside to nursing homeowners. Their profits remained steady because they were able to defray their increased costs by charging higher fees. That’s one reason these results might not apply in all industries. There are few alternatives to using a nursing home, so if the industry raises prices, it will not lose too many customers.

But, equally important, patients were not charged more for the same service: Quality improved in measurable ways as wages rose.

What unlocked these gains was government action: All nursing homes in a community had to pay employees more. That eliminated competitive disparities that might have made individual operators reluctant to raise wages unilaterally.

Similar effects turned up in a second study, this one focused on department stores. It found that a higher minimum wage increased employee performance, with no significant change in store profits. A team of economists — Decio Coviello at the University of Montreal and my colleagues, Erika Deserranno and Nicola Persico at Northwestern University — used data for 2012 to 2015 from a department store chain that operated 2,000 stores across the United States. They did not disclose the name of the chain. The researchers measured job performance directly by calculating sales revenue per hour.

Each week, an employee was paid either a commission, if her sales were good, or the local minimum wage. Most workers were paid the minimum wage at least some of the time. When the minimum wage increased, their job performance improved.

The study has an important implication during a crisis like this one: When the labor market was weakest, a higher minimum wage led to the biggest improvements in job performance. A period of economic distress is precisely when workers really want to hold onto their jobs, so the “efficiency wage” effect is large.

Supporters of raising the minimum wage usually make their case based on fairness and equity. That rationale is important, but the central finding of these studies — that a higher minimum wage can boost work force productivity and save lives — is a powerful one, too.