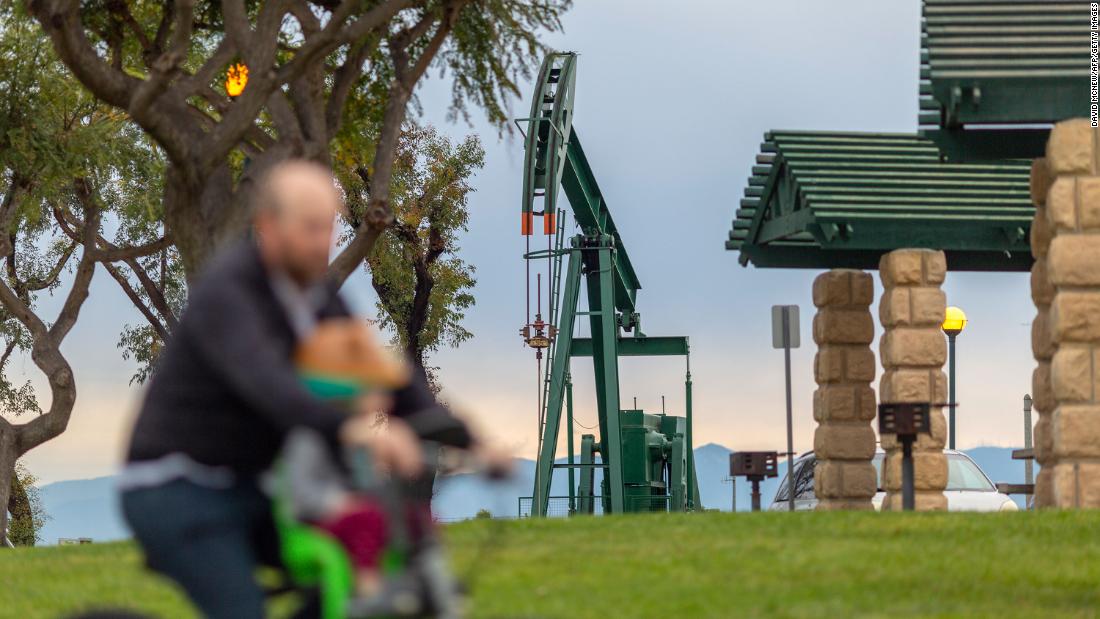 The severe nature of the oil crash and America’s newfound role as the world’s leading oil producer has shifted Trump’s calculus.

An epic battle for oil domination between Russia and Saudi Arabia has amplified the coronavirus mayhem on Wall Street. Oil prices are in free-fall, crashing to 18-year lows this week. Energy stocks are crumbling. And energy junk-bond yields are spiking.

To survive, the US oil industry is slashing spending, cutting dividends and preparing for layoffs.

Countless workers, many of them in Republican-leaning states like Texas, could lose their jobs. Some shale oil drillers that took on too much debt won’t survive at all.

“You always get a little torn,” Trump said during a press briefing Thursday. “Until we became the leading producer, I was always for the person driving the car and filling up the tank of gas…If (prices) were too high, I would always raise hell with OPEC.”

Now Trump, under pressure from some oil companies, has signaled a willingness to step into the middle of the Saudi-Russia battle.

“It hurts a great industry and a very powerful industry,” Trump said. “At the appropriate time, I’ll get involved.”

The Trump administration has already moved forward with plans to fill up the nation’s emergency stockpile by purchasing vast amounts of crude from small and medium-sized US producers.
The Energy Department plans to ask Congress for funding to buy tens of millions of barrels of oil , which will come very cheap given the crash in prices.
US officials are also exploring a diplomatic effort to get Saudi Arabia to stop flooding the market with cheap oil and cut production instead, The Wall Street Journal reported. The Trump administration is also considering sanctions on Russia aimed at stabilizing prices, the paper said.

However, a person familiar with the matter told CNN Business there is no movement to impose sanctions on Russia.

Russian officials suggested on Friday that Trump shouldn’t get in the middle of this fight.

“We know that the huge US oil sector is now in distress because of these prices,” Kremlin spokesperson Dmitry Peskov said on a conference call with reporters. “There are no price wars between Russia and Saudi Arabia….We have good partnership relations with Saudi Arabia, and we do not think that anyone should intervene in these relations.”

But there are risks involved with a more heavy-handed intervention, including undercutting America’s role as a champion of free markets in what is a cartel-driven oil industry.

For instance, Texas regulators are reportedly considering imposing limits on the state’s oil production. The Railroad Commission of Texas, which despite its name regulates much of the state’s energy industry, hasn’t used that power in more than 40 years.

The goal would be to ease the devastating supply glut by cutting output in the epicenter of America’s shale oil boom. The Permian Basin of West Texas is the nation’s largest oilfield, accounting for the vast majority of skyrocketing production.

Yet production limits would defy the oil industry’s free-market ethos — and do little to solve the destruction in demand caused by the coronavirus outbreak.

“While I am open to any and all ideas to protect the Texas Miracle, as a free-market conservative I have a number of reservations about this approach,” Wayne Christian, the Railroad Commission’s chairman, said in a statement Friday. “Texas does not operate in a vacuum. If we prorate our oil, there is no guarantee other nations, or even states will follow suit.”

And the influential American Petroleum Institute, the oil industry’s biggest lobby, opposes such restrictions by Texas.

“We shouldn’t abandon our principles during difficult times. We should be an example to the rest of the world about free market capitalism,” Frank Macchiarola, the API’s senior vice president of policy, economics and regulatory affairs, told CNN Business.

If anything, installing production limits would be taking a page out of the playbook of OPEC, the 15-member organization that essentially acts as a cartel by coordinating production to influence prices.

“We would now be adopting their style of governance,” Macchiarola said.

Tariff Man to the rescue?

Goldman Sachs warned that production caps would fail to offset the severe decline in demand caused by airline shutdowns and travel restrictions.

Such policies “would simply replace OPEC’s artificial price support policy with another, further pushing investors away from a sector that has already destroyed significant amounts of capital,” Damien Courvalin, head of energy research at Goldman Sachs, wrote in a client note Thursday.

Some have even called for Trump, who has referred to himself as “Tariff Man,” to impose tariffs on oil from Russia and Saudi Arabia.

And the Domestic Energy Producers Alliance, a coalition of US oil and gas producers, is pushing for the Trump administration to launch an anti-dumping investigation into Russia and Saudi Arabia for “oil price manipulation.”

The group, led by oil billionaire Harold Hamm, filed a petition with the US Commerce Department last week to consider duties on oil from Russia and Saudi Arabia.

“This is a direct attack on U.S. oil and gas producers,” Hamm wrote in a statement. “They are taking advantage of this coronavirus pandemic that is sweeping the world to focus on this industry and to devastate it.”

There could also be political obstacles involved with intervening on behalf of oil producers.

The plunge in oil prices has driven gasoline prices below $2 a gallon in at least a dozen states. That’s a rare bit of positive financial news at a time of rising unemployment and cratering financial markets.