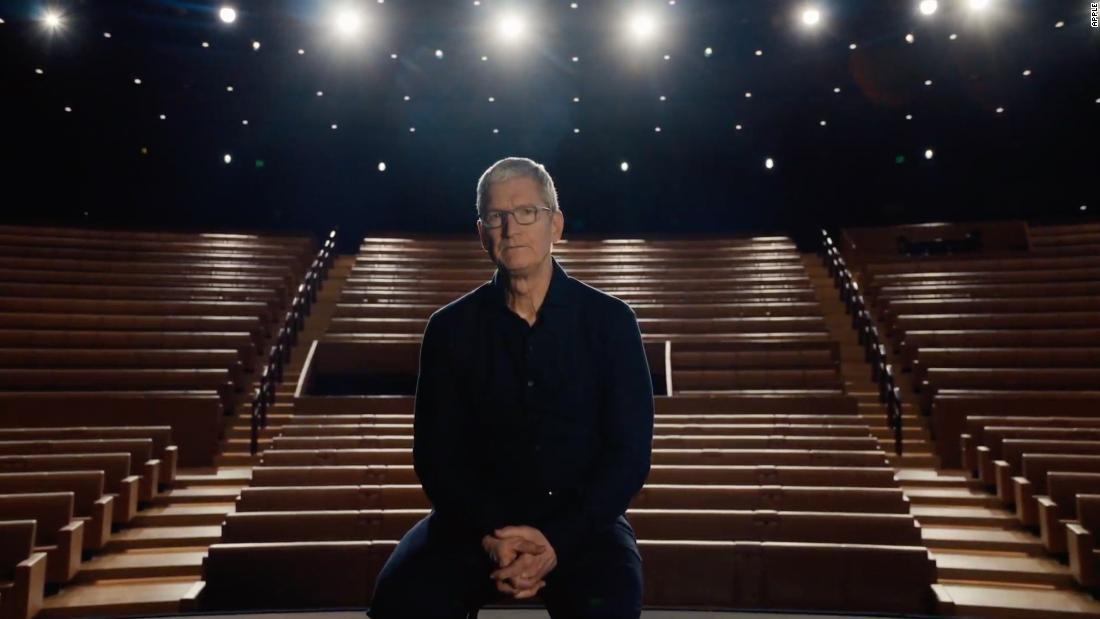 For the first time in its decades-long history, the event was entirely virtual due to the coronavirus pandemic. That meant it was a developer event without developers present and a tech “conference” that looked an awful lot like one long, pre-recorded commercial. (Apple did not respond to a request for comment on whether the presentations were live or not.)

Behind the scenes, Apple’s team had to do far more than practice presentations and demos. Temperature checks, social distancing, and masks were among the priorities for those who crafted the event.

Instead of taking the stage to rousing applause at a packed venue, Apple CEO Tim Cook kicked off the event on Monday with somber remarks about racism and the pandemic from inside the empty Steve Jobs Theater.

What followed was a procession of Apple executives presenting from a vacant gym, a quiet parking lot and a lonely lab identified as being in an “undisclosed location.” While some of these spaces were at Apple’s Cupertino, California, headquarters, no two executives were ever seen in the same room at the same time, in an apparent nod to social distancing.

At the very end of the keynote, after Apple had unveiled new ways to organize apps, a plan to start using its own chips for its Mac computers, and a forthcoming feature that will enable people to unlock cars with their iPhones, an on-screen note laid out details of the precautions Apple took to put the whole thing together.

These included daily health screenings and temperature checks, as well as social distancing, according to the company. The company also said face coverings were worn by everyone except for the executives presenting on camera, and that only a crew and the presenter were in each location during production. The company added that it followed public-health guidelines provided by Santa Clara County, “as well as additional health and safety measures.”

For Carolina Milanesi, a consumer technology analyst at Creative Strategies who has attended many Apple events over the years, these details of the company’s process was “very Apple.” It shows how seriously the company is taking the pandemic, she said.

However, while she felt the company delivered a well-produced digital event, she noted that the announcements on Monday centered around software — which can be easier to demonstrate remotely than a gadget. Showing off a new iPhone, for example, which Apple typically does in September, may be a lot trickier if it can’t be done in person.