How companies can make Black employees feel like they belong 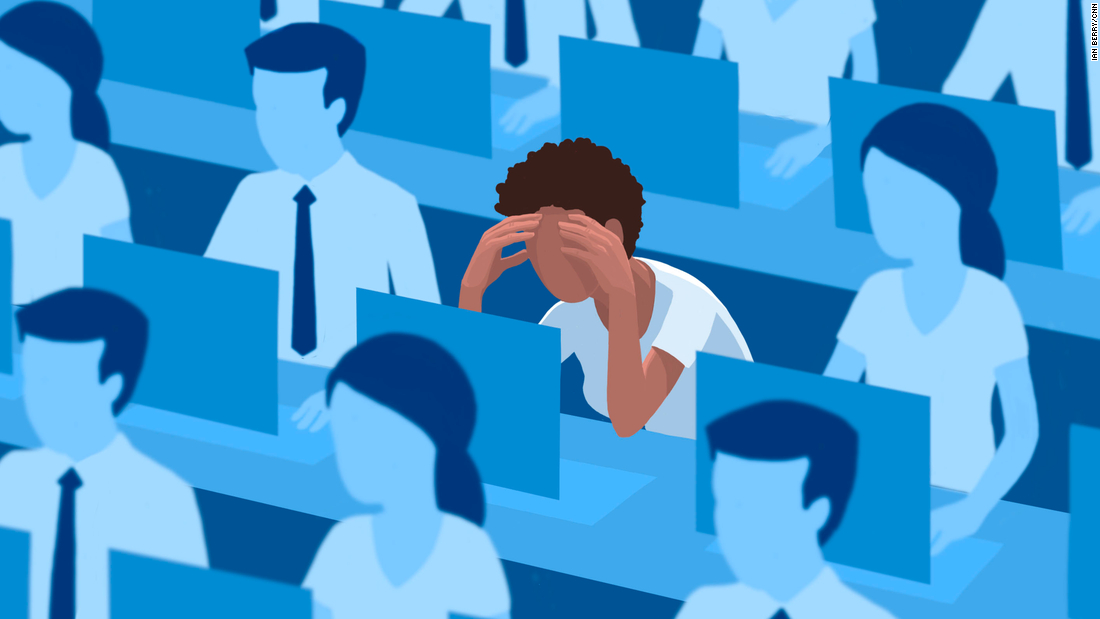 As corporate America reckons with how racism has played a role in hiring, work assignments, promotions and pay, the question of how to foster a greater sense of belonging for employees of color will be central in every company’s bid to be more equitable going forward.

A study by the Center for Talent Innovation, a think tank that advises mostly Fortune 500 companies on diversity and inclusion, found that White men and women report a higher sense of belonging than their Black, Hispanic and Asian colleagues.

The study was based on two surveys taken in February and May of a nationally representative sample of college-educated, white-collar professionals. It was also based on focus groups and one-on-one interviews with a subset of the surveys’ respondents.

CTI also found nearly a third of Black employees, a quarter of Asian employees and 15% of Hispanic employees reported feeling out of place at work because of their race or ethnicity.

“Employees who belong to groups that have not traditionally been represented in the workplace step into their careers at a disadvantage, and begin a journey riddled with reminders that they’re outside the norm; that they are ‘other,'” the report notes.

How to boost all employees’ sense of belonging

For starters, middle managers should proactively check in with employees to see how they’re doing given the stresses of the pandemic and the aftermath of the recent police killings of George Floyd and Rayshard Brooks.

Ask them what their concerns are, listen to their answers, and offer ways of how you can address at least some of those concerns now, said Julia Taylor Kennedy, CTI’s executive vice president and the primary researcher for the study.

“We all are carrying concerns,” Kennedy said. But they’re not all the same for every group.

Another important step is giving feedback.

In the normal course of business, managers should always offer regular and honest feedback. While that is notoriously difficult for managers, a White manager often has a harder time doing so for people of color, Kennedy said. And that puts these employees at a disadvantage when it comes to advancement. “If you don’t get honest feedback, you can’t adjust to meet expectations,” she said.

Senior leaders and board members also have a critical role to play in making everyone feel they belong, regardless of their roles.

That starts with leaders making a point of listening to employees at all levels of the organization during this difficult period, and sharing their own stories and experiences during meetings and town halls, Kennedy suggested.

That means that rank-and-file employees need to have access to the higher ups.

But companies will need to embark on more systemic changes as well. CTI found that employees with a high sense of belonging reported having leaders who are role models or people with whom they have something in common. That speaks to the benefits of continually trying to diversify boards, C-suites and other top roles.

Employees with a high sense of belonging also report feeling that their employer doesn’t favor anyone in terms of seniority or performance when company policy has been violated. That means holding everyone accountable and making sure there is a transparent and trustworthy way for employees to report violations.

Of course, companies can’t fix what they don’t realize is broken. So Kennedy suggests finding out where all your employees stand today. To get a rough sense, ask them directly on your next anonymous employee survey, “Do you have a sense of belonging at the company?”

Ask them to provide basic demographic data about themselves — e.g., race, ethnicity, gender, age, etc. — to better assess which groups of employees are most likely to say they don’t feel like they belong.

Only then can employers dig deeper to figure out why and how to change that.