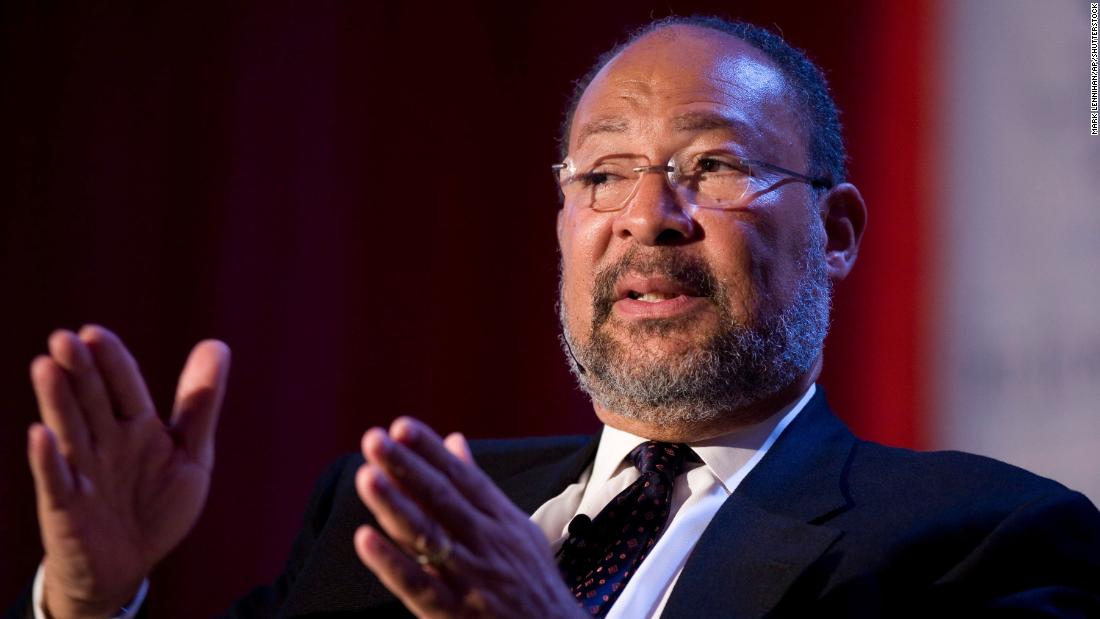 Parsons said the protests sweeping the United States are being fueled by an undercurrent of economic discontent.

“I saw this exact same thing in our country in the ’60s. This is a repeat, almost down to the letter. It’s like nothing has changed,” he said.

“The reality is we have made some progress,” he added. “But the underlying factors have been simmering under the surface for a while. They are masked by prosperity. When things get tough, that’s when…some of the rawer emotions come into play.”

Civil unrest erupted following the killing of George Floyd last month in Minneapolis at the hands of police. All four police officers involved in Floyd’s death are facing charges.

Although the initial catalyst for the protests was police brutality, the unrest reflects deep-seated racial tensions.

“This is a problem that is embedded in the culture of our country in terms of the way we see each other and create expectations for each other,” Parsons said.

Until these cultural beliefs are addressed, he said, racism will continue to be a problem in the United States.

“We could go another 50 years and see the same damn thing happen,” said Parsons.

Along with American Express (AXP) CEO Kenneth Chenault, Merrill Lynch boss Stanley O’Neal and Fannie Mae CEO Frank Raines, Parsons was part of the first class of black CEOs at Fortune 500 companies.
At Time Warner, Parsons presided over a media empire that included AOL, CNN, HBO and Time Inc. He led Time Warner, now known as WarnerMedia and owned by AT&T (T), the parent company of CNN from 2002 to 2007.

Later, Parsons would help save Citigroup (C) from the financial crisis, serve as interim CEO of the Los Angeles Clippers and lead CBS (VIAC). He currently serves as a senior advisor at private-equity firm Providence Equity and sits on the boards of Estee Lauder and Lazard.

Long before he reached the C-Suite, Parsons experienced his fair share of racism.

“Of course. This is America. It’s part and parcel of the culture,” Parsons said, adding that he was born six years before Brown v. Board of Education of Topeka, the landmark 1954 Supreme Court case that ended with the ruling that segregated public schools are unconstitutional.

He recalled visiting his family in Virginia when it was still a segregated society.

“I distinctly remember my grandma telling me, “You have to be a credit to your race,'” Parsons said. “It never occurred to me until I was much older, ‘What white parents say that to their kids?’ Nobody.”

But Parsons said the message was that he had to work harder than the other kids. “You had to be twice as good to get half as far. If you wanted to succeed, you had to overperform,” he said.

Parsons twice skipped grades during his education and graduated high school at the age of 16. He finished at the top of his class at Albany Law School.

Connections matter as much as knowledge

Starting as a low-paid lawyer under New York Governor Nelson Rockefeller, Parsons would go on to become a senior White House aide under President Gerald Ford. After a decade of practicing law, Parsons led Dime Bancorp through the savings-and-loan crisis in the early 1990s.

“It never became an impassible impediment when I faced racism. You just figured out a way to get over, around or through it,” Parsons said.

He struggled to explain why his experience navigating through the system was so different from that of many others.

“Do I think it’s overt racism? No, I don’t. But I do think it’s bound up in the cultural matrix,” Parsons said.

For instance, he recalled that in the early 2000s his lieutenants struggled to find black executives to hire for key positions — a problem he blamed on divisions within society.

“Ninety-nine times out of 100, the guy you’re playing golf with is another white guy. There’s just not that many places where the communities intersect and interact,” Parsons said.

That’s a problem because connections matter deeply in Corporate America. Parsons said he’s been told that success in life is 10% what you know, 10% who you know and 80% luck. In other words, connections matter as much as knowledge.

“The reality is that on every board I’ve ever been on, when we’re looking to fill a vacancy, the question is, ‘Who knows somebody?'” he said. “If you don’t have black voices around the table, nobody is being overtly racist. They’re just telling you who they know and socialize with.”

Still, Parsons acknowledged that Corporate America has played a role in fueling the inequality that is driving unrest.

“Corporate America has gotten too focused on return to shareholders,” Parsons said. “A capitalist system all by itself will generate a lot of bounty, but not necessarily a fair allocation.”

One flashpoint in recent years has been Corporate America’s willingness to lavish Wall Street with share buybacks even as worker wages rose more modestly.

Parsons said that while buybacks are “part of the toolkit” managements can use, “like anything else, they are capable of being abused.” He lamented that “so much” of the savings from the Republican corporate tax cuts went to buybacks instead of creating new jobs.

Last year, the Business Roundtable departed from decades of business theory by saying America’s corporations need to care about their customers, employees and communities, not just shareholders.

A call for unity

But he urged business leaders to do more to address the underlying problems in society today. Simply expressing empathy for the protesters or giving away money isn’t enough, he said.

Parsons, who in the past has been critical of President Donald Trump, declined to comment on Trump’s role in the race crisis.

“You can’t blame this on the current administration. This is a manifestation of a 400-year-old problem, he said.”

But Parsons did stress the need for unity right now: “It would be Godawful helpful to have leadership that is trying to bring us together and emphasize the commonality we all have.”