How Wall Street Is Hampering Some Small Businesses Seeking Aid 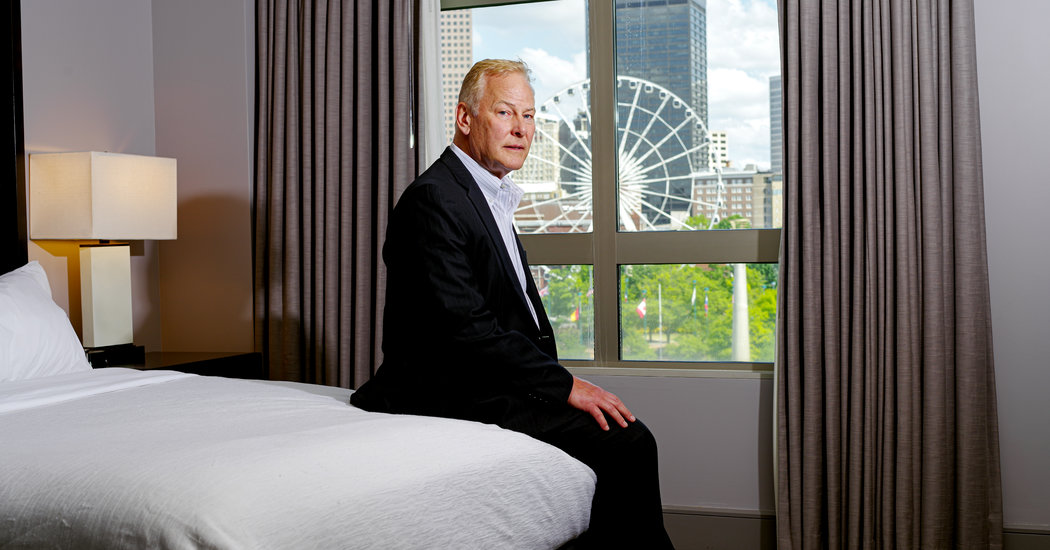 When Michael Sullivan borrowed $22 million from a specialist Wall Street lender in 2018 to buy and renovate two Florida hotels, he had no idea how costly that decision would prove to be.

He found out recently, once visitors stopped coming to his properties because of the pandemic, prompting him to seek help from the federal government’s new small business loan program. But first, he had to tussle with his lender, the credit fund Benefit Street Partners, just to win permission to get the government loan. The legal fight cost him thousands of dollars and a month in lost time.

Mr. Sullivan said he had no other option because the terms of his contract with Benefit Street contained severe restrictions on future borrowing, and the lender was unwilling to budge.

“Their mind-set was, this is your problem, not ours,” Mr. Sullivan said.

Most small business owners dip into their savings or borrow from traditional banks. But many, like Mr. Sullivan and others in the hotel or restaurant business, borrow from private lenders such as hedge funds, credit funds, or investors in securities backed by pools of commercial mortgages. The contracts governing such loans can be complicated and are designed to ensure that lenders are paid back every penny they’re owed. To that end, they often prevent the borrower from taking on new debt without getting permission from them first, and they frequently seek the right to control the terms of any new loans, as well as what the newly acquired money is used for.

The CARES Act, which created the government’s Paycheck Protection Program that Mr. Sullivan borrowed from, prohibits any loan money from being controlled by other lenders. At the same time, it does not outlaw lenders like Benefit Street from enforcing existing contracts with borrowers seeking government funds.

The $650 billion paycheck program has helped millions of small businesses, but its rollout was uneven and slowed by confusing rules. The program’s structure itself created other challenges. For example, the aid came in the form of loans that could be forgiven under certain circumstances, but some businesses hesitated to spend the money because they were unsure about how exactly the forgiveness would work. And for businesses such as Mr. Sullivan’s, the program’s structure has required them to fight costly legal battles simply to get any funds at all.

In April, Mr. Sullivan was close to getting a government loan through First Florida Integrity Bank. But the bank paused because he was wrangling with Benefit Street . The fund’s lawyers wanted him to agree that if he failed to satisfy any of the conditions of the government’s loan terms, Benefit Street could try to recoup its money by going after Mr. Sullivan’s personal assets. He found the condition too onerous, and refused.

Instead, Mr. Sullivan offered to put the aid money — he was seeking $217,000 to pay employees and other expenses — into an escrow account under Benefit Street’s control while its lawyers worked on a deal with him and his two business partners. But his bank wouldn’t agree to that solution, citing the CARES Act restrictions around having the loan controlled by another lender.

Mr. Sullivan eventually found another bank to process his application. This time, to satisfy Benefit Street, Mr. Sullivan had to deposit $200,000 into an “interest reserve” fund, guaranteeing that the lender would be paid on time. By then, he had spent roughly $10,000 on legal fees, including for Benefit Street’s lawyers, and lost about a month to negotiations, during which he laid off some of his hotel workers. He had also fallen sick with Covid-19.

“You had to jump through those hoops because it was a loan,” Mr. Sullivan said. “It delayed everyone getting those funds.”

Pholida Barclay, a spokeswoman for Benefit Street, which is owned by the mutual fund company Franklin Templeton, said the fund had “gone out of its way to be helpful” to borrowers suffering under lockdowns and that it had worked “quickly to create a framework” that would allow its borrowers to accept government loans. The fund “never asked Mr. Sullivan, or any other borrower, for an escrow of any P.P.P funds, if they were obtained,” she said.

It is impossible to tell how many borrowers like Mr. Sullivan, their businesses devastated by the pandemic, are wrestling with their lenders for some flexibility so that they can avail themselves of government funds.

But ironclad contracts and rigid or unresponsive lenders also strained the process of getting government loans for small hotel owners and other real estate businesses that borrow money from the commercial mortgage-backed securities market. In this market, lenders package many mortgages together to create bonds that yield guaranteed regular payments, which they then sell to investors.

Close to 7,000 such borrowers have sought help from the companies that service their loans, according to Fitch, a credit ratings agency. They represent a quarter of all the borrowers with outstanding loans from commercial mortgage bondholders and owe a collective $149 billion. Not all of those borrowers are as small as Mr. Sullivan and his partners, and not all of them contacted their servicers asking for permission to accept government help.

One group of hotel owners in Wisconsin had to file two lawsuits — one in New York and one in Florida — against the banks and other entities handling the securitized loans on their four hotels, just to get in touch with someone who had the authority to let them tap the government’s paycheck program.

One of the banks involved in managing the hotel owners’ loans was Wells Fargo. According to the Florida lawsuit, filed by Beechwood Lakeland, the hotel company, the owners tried for more than 10 days in late March to get an answer from the bank about whether they could apply for a government-backed small-business loan. They expected the aid program to open up in less than a week, and they were worried that without the proper permission they would lose their chance to participate.

“As you know, timing is especially important since any delay means the funding for these relief loans could be quickly exhausted,” Mark Arnot, the hotel owners’ general counsel, wrote in an email to Wells Fargo.

Wells Fargo sent the owners to a different company, Rialto Capital Advisors, to get permission. A Rialto representative sent them back to Wells Fargo.

For the entire month of April, Wells Fargo and Rialto representatives ping-ponged the owners’ requests back and forth. On May 1, the owners sued the trustees representing the securitized loans. It worked. Five days later, they reached a deal with the various parties that gave them permission to accept the government’s forgivable loans.

“We are committed to our clients and responding quickly to their evolving needs,” said Kelly Reilly, a Wells Fargo spokeswoman. “We have dedicated teams working extended hours during the week and on weekends to meet these needs.”

The hotel owners’ experience is typical for borrowers in the securitized mortgage market — largely because multiple players are involved. Borrowers, once they do make contact with the right people, often face a costly series of negotiations. The loan contracts that are standard in the commercial mortgage bond market require borrowers to pay the legal fees for everyone — even the bondholders — whenever they make a request for information, let alone a plea to change the terms of the loan.

“Businesses are desperate right now, and they don’t have the time or the money to fight all of the provisions,” Mr. Arnot said.

David Marvin, a hotel and restaurant owner in Atlanta, wrote an open letter to commercial mortgage bondholders and servicers pleading with them to make things easier for borrowers like him under the special circumstances of the pandemic.

Mr. Marvin said he had faced problems and delays trying to obtain government-backed loans because the mortgage securities servicers he had to contact for permission simply would not return his calls and emails. When he finally got in touch with his servicers, they told him they could not help. In the case of each loan, they said, special administrators would have to handle Mr. Marvin’s requests for changes. Turning the cases over to the special administrators — known as special servicers — would automatically trigger changes in the terms of Mr. Marvin’s loans. His interest rates would go up, and his lenders would be able to try to quickly take possession of his properties if they chose to.

In his letter, Mr. Marvin said he did not believe the loan contracts required such drastic steps right away. His view is that the servicers who normally handle the loans have the authority to act quickly to offer some relief, without the added costs. He pleaded with them to give it a try.

“It has just sort of fallen on deaf ears,” he said.