How Washington Learned to Embrace the Budget Deficit 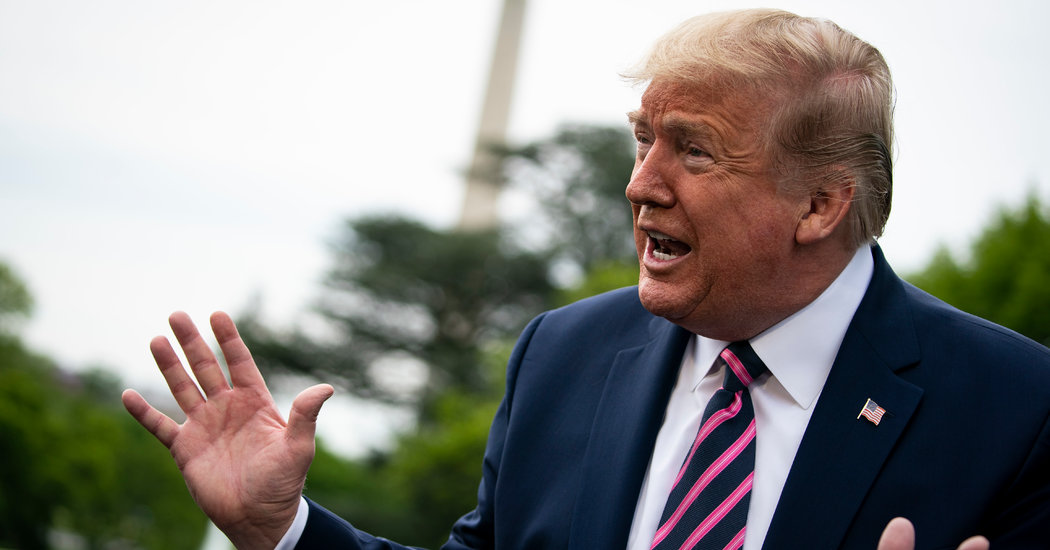 WASHINGTON — This month, the federal government said it would borrow a record-breaking $3 trillion from April to June to help businesses and workers get through the coronavirus-induced recession. In April alone, the United States recorded a larger budget deficit in a single month than it did for all of the 2017 fiscal year, a total of $738 billion.

Running such a large deficit would have been politically untenable just a year ago; since the end of World War II, economists have often warned that doing so would risk runaway inflation and possibly unsustainable tax hikes on future generations. But now, even some of the country’s most ardent deficit hawks have watched the debt pile up and said: More, please.

The coronavirus pandemic has brought a new sort of deficit scolding to Capitol Hill, with economists and lawmakers warning the United States is not borrowing enough to carry the nation through a debilitating recession that could turn into a second Great Depression.

A legion of economists, Federal Reserve officials and even some of the most outspoken proponents of deficit reduction in recent years are now urging Congress and President Trump to continue spending trillions of dollars to prevent a long-term collapse in business activity and prolonged joblessness.

Behind those calls is a confluence of events that have enhanced the economic case for rising deficits — a combination of rock-bottom interest rates, falling consumer prices and a deep plunge in consumer and business activity.

Many economists said in the past that large public deficits and debt would bog down the economy, by pushing up borrowing costs for businesses and sending consumer prices soaring. Now, the Federal Reserve has made clear that low interest rates, which have been slashed to near zero, are here to stay, making it cheaper for the United States to borrow money. Inflation, which struggled to get out of the gate during an 11-year expansion, seems confined to the woodshed.

In order for America to survive the recession and minimize the damage, many economists are now urging lawmakers to spend more. They want additional aid to small businesses, continued enhanced unemployment benefits for workers and more assistance for state and local governments that have seen a steep falloff in tax revenue and have already laid off 1 million workers. Such spending, economists argue, would hasten a rebound in economic growth and help save businesses that might otherwise fail, generating a return to the economy that exceeds the relatively low future interest costs incurred by prolific borrowing.

“I think we’re still in the early innings of dealing with this crisis, and we’re probably in the early innings of throwing out trillions of dollars to help us get by,” said Kenneth Rogoff, a Harvard University economist whose work on government debt and economic growth was frequently cited by lawmakers pushing rapid deficit reduction under President Barack Obama.

“Any sensible policy is going to have us racking up the deficit for a long time, if you can,” Mr. Rogoff said. “If we go up another $10 trillion, I wouldn’t even blink at that now.”

Deficit critics still exist, at least in sound bites. Republican leaders in the Senate have cited debt concerns as a reason to move slowly on a new package of economic assistance amid the pandemic. Democratic leaders in the House crafted and passed a $3 trillion opening bid for a new rescue package this week, but they pared it back and dropped some members’ top priorities from the bill out of deficit concerns.

Mr. Trump’s advisers and top Republican leaders, citing the enormous sums of money already out the door, have said they would prefer to wait and see whether the existing support provided by Congress will suffice now that states are beginning to lift economic restrictions that were imposed to slow the spread of the virus.

“I don’t believe we can spend ourselves into prosperity,” the head of the National Economic Council, Larry Kudlow, told reporters on Friday.

Even as Republicans point to the deficit in resisting more support for workers and businesses, they continue to push for tax cuts, which would also grow the deficit but represents spending that they argue would be more effective for the economic recovery.

“There’s a huge fiscal problem growing,” said Senator Rob Portman, Republican of Ohio. “We don’t know what the impact of that is economically, but we know that it’s bad for our future economy and for future generations. So we’ve got to take that into account. But we also know that we have to provide a rescue package.”

There is little argument among either conservative or liberal economists that the deficit needs to grow, as tax revenues fall and spending needs rise amid a pandemic that has shuttered business activity and already thrown at least 20 million people out of work.

Federal deficits typically grow during recessions and many economists note that the deficit was going to rise this year whether lawmakers took action or stood pat and allowed the economic damage to mount, forcing more workers to utilize government benefits like food stamps and unemployment.

“The deficit will move on its own,” said Stephanie Kelton, an economist at Stony Brook University who has advised Senator Bernie Sanders of Vermont and is a leading champion of the theory that the federal government’s spending levels should be limited not by tax collections or debt levels, but by how much the economy can actually produce.

“We can move it proactively, and we can direct that deficit spending in ways that are strategic and thoughtful,” Ms. Kelton said, “or we can not do that, and it can move the ugly way.”

Lawmakers’ decision to dive quickly into additional deficit spending has been cheered by those who previously preached fiscal restraint, including the Federal Reserve chair, Jerome H. Powell, who urged Congress and Mr. Trump to “go big” on fiscal support for the economy.

Mr. Powell, who had been a longtime fiscal hawk, repeated his call this week, saying in a speech that “additional fiscal support could be costly, but worth it if it helps avoid long-term economic damage and leaves us with a stronger recovery.” He and the Fed have lent considerable support to that effort, by promising to keep interest rates near zero for as long as the economy remains in crisis and buying vast sums of the Treasury bonds that support government borrowing.

Polls show Americans worry about the nation’s deficit and debt, but that those worries have declined in recent years. Many economists’ worries have declined, too, in an era of persistently low interest rates and inflation that has remained lower than the Fed’s target rate of 2 percent, and receding fears of the government “crowding out” private borrowers — which is to say, government borrowing pushing up interest rates to such a degree that private companies find it harder to get access to capital.

“Interest rates are lower than they’ve ever been when we’ve done fiscal stimulus,” said Jason Furman, a former top economist under Mr. Obama who is now a professor at Harvard University’s Kennedy School of Government. “Inflation is lower than it’s ever been when we’ve done fiscal stimulus. There’s not a business in the country that is constrained from borrowing by the general level of interest rates.”

Yet some economists caution that, as deficits rise quickly, lawmakers need to make sure they target the dollars effectively.

Michael J. Boskin, a Stanford University economist, warned in a paper posted in February that rising debt as a share of nation’s economy risks higher taxes, lower future incomes and a reduced ability for children to climb past their parents on the economic ladder, because large debt loads reduce savings and crowd out private-sector investment. Mr. Boskin, in an interview, said that he supported many of the government’s deficit-financed efforts in this crisis thus far, but that lawmakers should target future spending on getting people back to work and helping businesses reopen, in order to best help the economy recover.

“We owe that to ourselves,” Mr. Boskin said, “but especially to future generations, who at some point are going to be paying for this.”

Other economists who have long championed deficit reduction have, in this moment of crisis, called for higher and effectively targeted spending. They include R. Glenn Hubbard, a Columbia University economist who was a top adviser to President George W. Bush, and Maya MacGuineas, the president of the Committee for a Responsible Federal Budget, who has spent years advocating deficit reduction.

Republicans have grown more tolerant of deficits under Mr. Trump, who famously said as a presidential candidate that he would eliminate the national debt within eight years, but has instead swelled borrowing. Mr. Trump’s sweeping package of tax cuts in 2017 did not pay for itself as promised, and he has signed bipartisan agreements to boost federal spending. That helped to push the deficit above $1 trillion in 2019, well before the current health emergency.

The crisis sharply accelerated the deficit. It will hit $3.7 trillion for the fiscal year, the Congressional Budget Office projects and, by the end of September, the budget office says, the amount of debt held by the public will be larger than a full year of economic output in the United States.

Fiscal hawks had warned that growing deficits under Mr. Trump, which came despite an unemployment rate that fell to 50-year lows, could hamstring the federal response to an economic crisis. Now that such a crisis has arrived, and deficit fears have begun to surface in Congress, many of those hawks say they feel vindicated.