How will the ECB respond to the coronavirus threat? 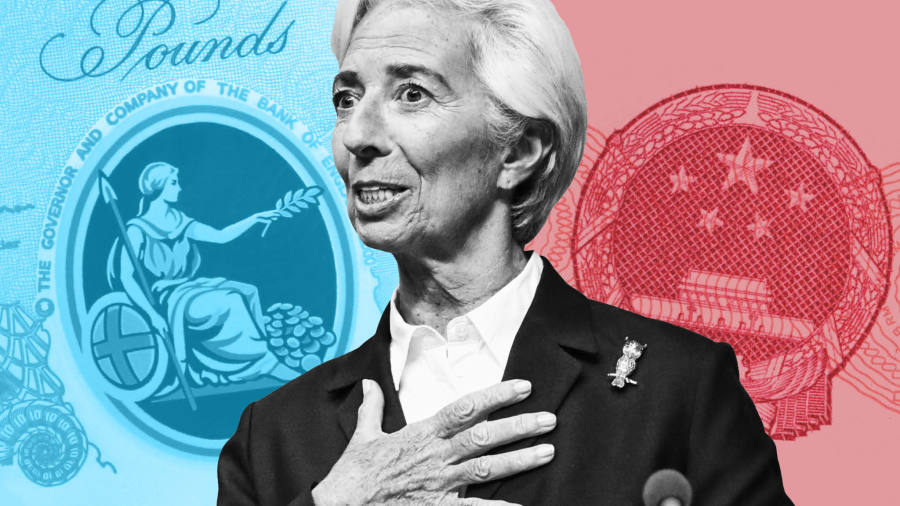 How will the ECB respond to the coronavirus threat?

Following last week’s emergency rate cut by the Federal Reserve, all eyes are on the European Central Bank. The ECB, which holds its rate-setting meeting on Thursday, is in an awkward spot: with its deposit rate set at minus 0.5 per cent, there is debate as to whether further cuts would do more harm than good.

Markets are pricing in a 0.1 percentage point reduction by the ECB, while some analysts expect other easing measures in the form of cheap loans targeted at smaller companies or an increase in the size of the central bank’s bond purchases.

Four months after taking over, president Christine Lagarde will have to balance markets’ hunger for easing against critics who say there is little monetary policy can do to cushion the blow from the coronavirus outbreak.

“Lagarde’s moment to show crisis composure has arrived sooner than expected,” said Giles Gale, head of European rates strategy at NatWest Markets. Mr Gale expects Thursday’s meeting to be “very dovish” in tone but said that a package of easing measures will wait until the April policy decision — including a cut in rates to minus 0.6 per cent and a doubling of asset purchases to €40bn a month.

Alongside any new measures, Ms Lagarde is likely to continue to encourage eurozone governments to borrow and spend in a bid to boost economic output. Germany’s 10-year bond yield tumbled to a record low of minus 0.74 per cent on Friday amid a global rally in fixed income.

Yields in most other eurozone members have also fallen, but remain above their record lows from last August. Italian and Greek yields have risen as investors shun riskier debt. Tommy Stubbington

Will sterling buckle as UK responds to virus?

The pound is up 2 per cent against the US dollar this month, but some of those gains could be given up if this week’s Budget is seen as bad for growth — or if the Bank of England chooses to follow the US Federal Reserve and make an unscheduled cut to interest rates.

The BoE’s rate-setting committee is not due to meet until March 26. Investors are betting that the bank will lower rates by a quarter of a percentage point to 0.5 per cent. The question is when. The Fed made an emergency cut last week of half a percentage point, setting its policy rate at a range of 1 per cent to 1.25 per cent.

“We think [the BoE] will opt to lower interest rates by an initial 25 basis points over the coming days, before its scheduled March meeting,” said George Buckley, European economist at Nomura.

The dollar is under pressure against currencies such as the pound and the euro, due in part to investors rushing to exit higher-yielding bets elsewhere amid the growing uncertainty driven by the coronavirus outbreak. Sterling rose to $1.30 on Friday.

A rate cut by the BoE would likely be negative for the pound at a time when growth prospects are also under threat.

Wednesday’s Budget could push the currency lower, say analysts, if Rishi Sunak, the chancellor, announces measures to respond to the growing economic risks from the disease. “While the chancellor is likely to reserve some of his . . . fiscal firepower for a second budget later in the year, we can still expect some targeted fiscal loosening to address the risks presented by the virus,” said Mr Buckley. Eva Szalay

How bad has the virus been for China’s economy?

The coronavirus outbreak has hit China’s economy so hard that normally steady official economic indicators are reflecting serious disruptions. But last week’s record low for the country’s official gauge for manufacturing activity may have been only the start.

On Tuesday China’s National Bureau of Statistics will release February readings on consumer and producer price inflation. Nomura expects the consumer price index to remain above 5 per cent throughout the first half of 2020, up from 4.5 per cent late last year, as fears grow that logistics and distribution glitches will push price rises even higher.

If inflation keeps moving up, it could leave China grappling with negative real interest rates, should the central bank decide to ease.

“The prices of some raw materials have declined on slumping demand,” Nomura analysts said, “but the average prices of food and other consumer staples have been rising on hoarding and supply shortages, which are an inevitable consequence of nationwide lockdowns, roadblocks and travel bans.”

Much of that price growth comes from pork, which is heavily weighted in China’s CPI basket. Wholesale pork prices are up about 16 per cent so far this year, as measures to contain the virus have disrupted supply chains vital to shipping pigs from farm to market. Hudson Lockett