How You Can Protect Your Community, Not Just Your Own Health 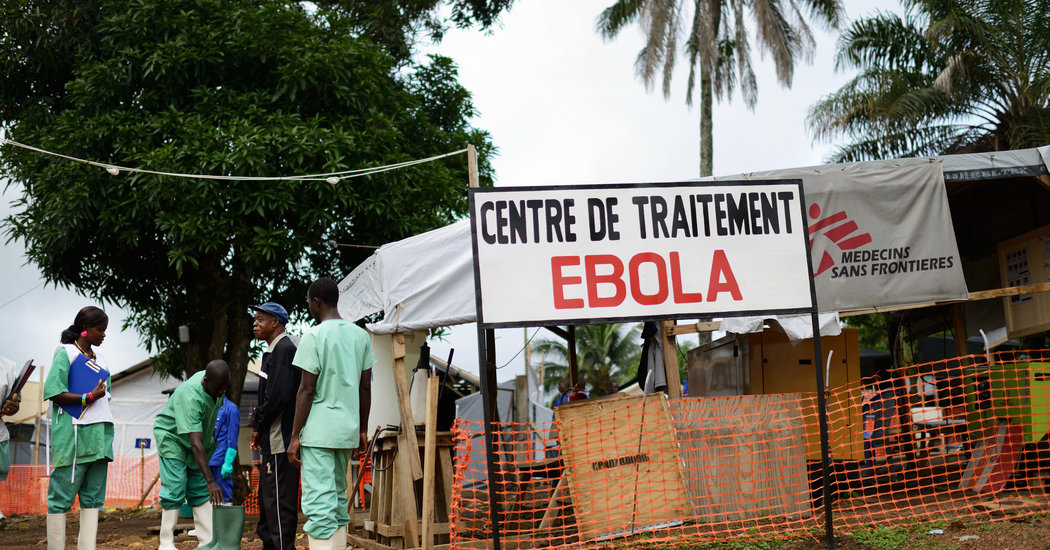 Stemming the spread of the coronavirus is already requiring radical changes in behavior.

It’s not just that we need to avoid close contact with most other human beings. We have to stay home. We have to resist temptations to hoard sanitizer and use the face masks that medical professionals need desperately. We have to make countless sacrifices, big and small, for our communities.

An autocracy can force people to do these things. But how can we get people to make personal sacrifices in a society like the United States? The government is issuing orders — but not everyone is listening. Moral suasion is not proving very, well, persuasive.

But it turns out economists have studied how to get people to set aside self-interest and to spur this kind of collective action. Critically, when many voices from the community are enlisted in the fight, public service messages have more moral weight.

Here are some lessons garnered from the fight against the 2014 Ebola epidemic, which killed 11,000 people throughout West Africa in the span of two years and exacted a devastating economic toll.

Mobilize at a grass-roots level.

Evidence from Sierra Leone demonstrates that getting local community members deeply involved can be a powerful strategy for getting people to voluntarily act in their collective interest.

The key to stopping the spread of communicable diseases at an early stage — which is still possible in some parts of the United States and elsewhere in the world — is to find and isolate cases quickly. At later stages, success depends in large part on getting individuals to abide by onerous restrictions for the common good.

Both cases require public trust and cooperation. In Sierra Leone, the national government tried to mandate social distancing, quarantines and testing. But people didn’t trust the government, and they didn’t listen.

Some people thought Ebola was a hoax. Some wouldn’t follow public health recommendations to change usual practices (like burial traditions). Many who fell ill didn’t have enough confidence in the local health system to seek care. Instead, they hid symptoms and fled their communities, rapidly spreading the disease.

But that didn’t happen in all communities.

Two years before Ebola struck, a group of researchers had worked in some parts of Sierra Leone on an experiment to build community trust in the health system. (One of us participated in that research.) The researchers gave out awards recognizing good work by health clinic staff members. At community meetings, staff members who lived and worked locally listened to complaints and gave advice, like encouraging women to come to the clinics to give birth.

These strategies quickly produced important benefits. People living near these clinics had higher trust in public health workers; had more faith in the medical care they offered; and started using the health clinics more frequently.

When Ebola struck, the researchers saw how trust and community involvement affected the spread and the toll of the disease.

At first, they were surprised: There were more reported Ebola cases in the communities where involvement was higher.

But more reported cases did not reflect higher rates of Ebola. Rather, more people in these higher-trust communities were going in for testing, which led to more treatment and faster containment. While 60 percent more cases were reported, the disease actually spread almost 20 percent more slowly. Most important, there were about a third fewer deaths.

People in communities with less trust in their health care services were reluctant to go in for testing and to report symptoms. In those places, the epidemic spread more widely.

Testing saves lives, so the first step is making sure we have the tests we need — and this is turning out to be a major hurdle in the United States. But those tests won’t do any good if people don’t use them appropriately. And the pleas and orders to scale back economic activity and increase social distancing won’t work optimally if people don’t heed them. Trusting the messenger improves results, our Sierra Leone study shows.

Harness the power of diverse voices.

During the Ebola outbreak in Sierra Leone, Muslim and Christian leaders came together with televised messages about dos and don’ts — using examples from the Quran and the Bible that urged practices like thorough hand washing.

In contrast, as Ebola started to spread in the Democratic Republic of Congo in 2018, the government did not enlist religious leaders with similar grass-roots campaigns — which proved to be a missed opportunity.

Trusted community leaders can influence the behavior of millions of people in the United States, and in other countries, and can help change the trajectory of the coronavirus epidemic. Sermons from local pastors and posts on social media from sports figures and movie stars are already having an effect. And grass-roots mobilization and moral suasion have worked in the United States before.

After Sept. 11, religious leaders of different faiths delivered messages of unity and calm and discouraged attacks on minority groups. When Hurricane Katrina ripped into New Orleans in 2005, relief organizations mobilized millions of dollars to help provide food and medical care to victims. When states expanded Medicaid in 2014, local groups helped people enrolled. And grass-roots efforts have had huge success in bolstering turnout through get-out-the-vote campaigns.

All of us can be leaders in our own ways because we turn to one another for guidance and advice in times of uncertainty and stress. We are all facing enormous disruptions to our lives as well as to our livelihoods. But we can calm our friends’ fears and help them think through the ever-changing dos and don’ts of appropriate behavior in the new world of the coronavirus. And we can each call on people to act in ways that help our communities.

We need help from each other to make these behavioral changes now that so many sacrifices are being asked of us.

Many of us must stop going to work, which may mean going without pay. And there will be serious economic ramifications as we stop going to movies and restaurants as well as our jobs. Government social insurance programs will be crucial to protect families and businesses from economic ruin, much as government leadership will be crucial in beating back the virus’s spread.

But our individual words and actions are important, too, in promoting behavioral changes in public health that can protect our friends and neighbors and can contribute to the common good.

People need reliable information and leadership from government officials and public health leaders to tell us what we can and should be doing. But it turns out that isn’t enough.

Unless we want to live under a regime of martial law or aggressive surveillance, we need to harness trusted voices in local communities to spur behavioral change. The more we form a volunteer army, the less we’ll need the real one.

Oeindrila Dube, a political economist, is the Philip K. Pearson professor at the University of Chicago Harris School of Public Policy and has studied the response to Ebola in Sierra Leone.

Katherine Baicker, a health economist, is dean of the University of Chicago Harris School of Public Policy and was an adviser to President George W. Bush.