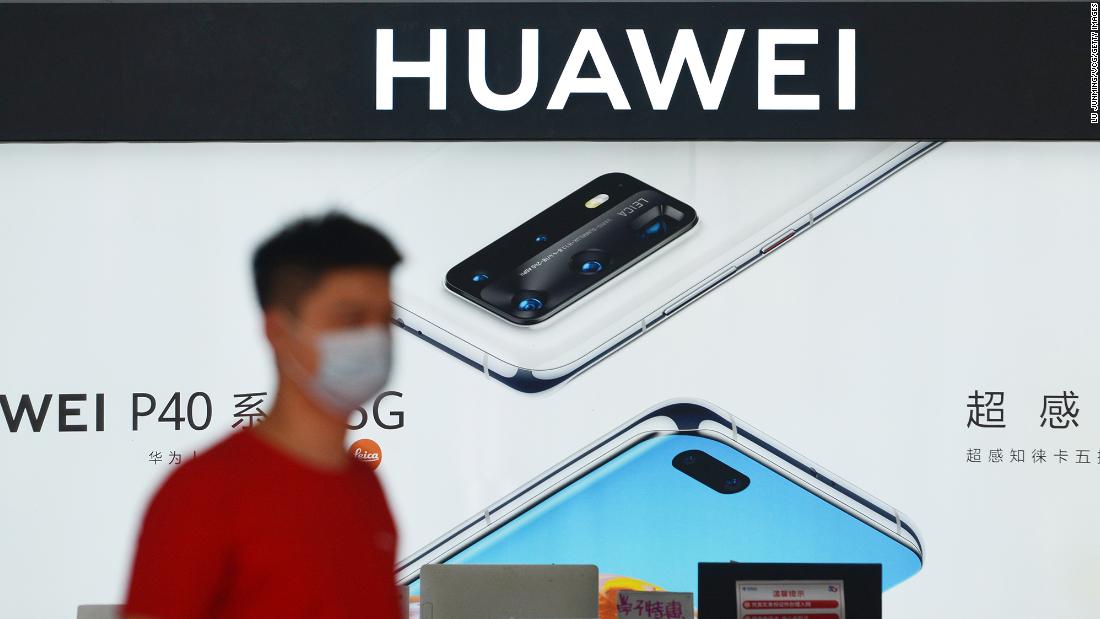 “The way you are treating Huawei will be followed very closely by other Chinese businesses,” China’s ambassador to the UK, Liu Xiaoming, said during a press conference. “The mutual trust was undermined. It will be very difficult for businesses to have the confidence to have more investment.”

But that brief “golden era” in UK-China relations may already be over. The United Kingdom has hit China where it hurts and a backlash is inevitable. Telecom equipment was the United Kingdom’s single largest import from China last year at a value of £7 billion ($8.8 billion), according to customs data.

The ban is “the reversal of a very long standing policy of successive British governments of trying to attract Chinese companies to invest in the UK and in particular of wooing Huawei,” said Tim Summers, a senior consulting fellow on the Asia Pacific program at Chatham House, a UK think tank.

The action against Huawei may prompt other Chinese companies to think twice about investing in Britain if they are concerned that politics could get in the way, he added.

How Beijing responds matters a great deal to the United Kingdom, which is facing the worst coronavirus-induced slump of any major economy, a growing jobs crisis and the threat of a no-deal Brexit, or at the very least billions in extra costs related to doing business with the European Union.
Despite government intervention to protect jobs and revive the economy, almost a third of British businesses plan to shrink the size of their workforces in the next three months, according to a report from the British Chambers of Commerce published on Thursday.

Britain needs all the friends it can get as it scrambles to replace the trade deals it enjoyed as an EU member and find the new opportunities Prime Minister Boris Johnson has promised will flow from Brexit.

China was the United Kingdom’s third largest export market in 2019 after the United States and the European Union, accounting for 4% of all UK goods and services exports at a record value of £30.7 billion ($38.7 billion), according to the Office for National Statistics.

Last year, gold, petroleum, motor vehicles and medicines comprised two thirds of UK goods exports to China at a combined value of £15.5 billion ($19.5 billion). Jaguar Land Rover, the country’s biggest car maker, makes about a fifth of its sales in China, according to its annual report. The country is also a vital market for luxury brands, including the likes of Burberry (BBRYF), which earns 40% of revenue in the Asia Pacific region, and Scotland’s whisky distillers.

Inward investment by China is equally vital. The value of Chinese investments and contracts in Britain has exceeded $81 billion over the past decade, according to the American Enterprise Institute. An analysis by Cambridge Econometrics suggests that the UK-China relationship supports more than 100,000 jobs, largely because of the billions spent by Chinese tourists and students.

London has also been a major beneficiary of moves by Beijing to relax control of its currency. The city is the leading hub for trading in the Chinese yuan, or renminbi, with daily volumes averaging £82 billion ($103 billion) in the third quarter of 2019, according to the City of London Corporation. There are more than 30 Chinese institutions in London’s financial district, and more were planning to open representative offices, the corporation said in February.

A deal between the Shanghai and London Stock Exchanges further deepened those financial ties.

These links may now be at risk. China could hold up regulatory approvals for new share listings or freeze market access for UK firms, Paul Triolo, Eurasia Group’s head of geo-technology said in a research note. It could also suspend investments in nuclear power or pause talks on a trade agreement, he added.

A recent report by the Henry Jackson Society, a think tank, found that the United Kingdom relies on China for more than 50% of its supply of 229 goods, including laptops, mobile phones, several drug compounds and goods with industrial applications, such as safety glass and steel-capped boots.

Britain is already on thin ice. The UK government has angered Beijing by condemning its imposition of a controversial national security law in Hong Kong and offering millions of Hong Kong citizens a path to British citizenship.

The ambassador, Liu, warned last week that Britain will have to “bear the consequences” should it treat China as a “hostile country.” Chinese state-run tabloid The Global Times said in an editorial on Wednesday that retaliation should be “public and painful” for the United Kingdom.

Beijing did not hesitate to slap tariffs on barley and beef imports from Australia after its government led calls for investigations into the origins of the coronavirus.

But China may be reluctant to take a similarly hard line with Britain, given that it remains a valuable market for Chinese goods and any reaction will be closely watched by countries such as Germany and the Netherlands, which are even more important to Chinese businesses.

“Irrespective of Chinese grandstanding, we can’t forget that China is also still recovering economically from the pandemic. It may therefore feel that the costs of reacting very strongly against the UK may outweigh the benefits of doing so,” Nouwens added.

Retaliation likely to be moderate

There are other factors that could make it more difficult for Beijing to meaningfully hurt UK-China trade.

For example, Chinese consumers and companies will still want to buy British brands and visit the United Kingdom, said Summers of Chatham House. “Those sorts of things are not going to be completely turned around overnight,” he added.

UK luxury stores, restaurants and universities desperately need Chinese travelers to return. Travel and tourism spending have been decimated by the pandemic. Members of Walpole, Britain’s luxury goods association, say they are only seeing between 5% and 10% of their normal sales volume, according to CEO Helen Brocklebank.

China sent more students to the United Kingdom than any other country in 2018-2019, a 34% increase from four years earlier, according to the UK’s Higher Education Statistics Agency. Those 120,000 students spent an estimated £1.9 billion ($2.4 billion), according to the Cambridge Econometrics report. And over one million Chinese tourists visited the United Kingdom last year, five times more than in 2009.

Blocking access to overseas education would be difficult and politically risky for Chinese President Xi Jinping at a time of social instability in China, said Charles Parton, a veteran British diplomat and senior associate fellow at the Royal United Services Institute.

“We are going to see some form of punishment, but I don’t think we should exaggerate how bad it is going to be,” Parton told CNN Business. Parton pointed to spats between China and other countries, such as South Korea, which still posted overall growth in exports to China during the years that economic sanctions were in place.

While there may be some “foregone opportunities,” the threat is “greatly exaggerated,” he said.