Hydrogen as Fuel? An Italian Pasta Factory Shows How It Could Work 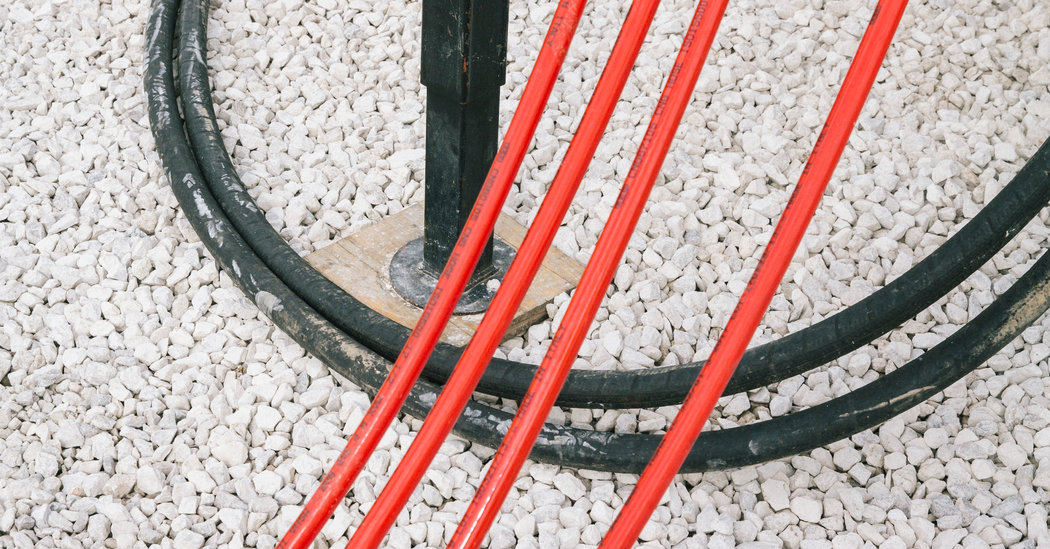 CONTURSI TERME, Italy — In the hills near Naples, something unusual was taking place at a pasta factory one day in February. In a nearby olive grove, engineers in safety gear had hooked up tanks of a hydrogen and natural gas mixture to an existing gas line. It fed the boiler that provided the heat to dry and sterilize the noodles being produced.

Inside, regional specialties like orecchiette and thick, rich paccheri kept rolling out as employees in white coats and head coverings supervised. But because hydrogen fuel is free of emissions, the operation was sending less carbon dioxide into the atmosphere than one using just natural gas, an emitter.

Mixing hydrogen and pasta-making is a gambit in a multifaceted campaign by Marco Alverà, the chief executive of Snam, an operator of natural gas networks in Italy and across Europe. Mr. Alverà, who took the job in 2016, is trying to keep his company on the right side of growing pressures, especially in Europe, for energy companies to change their business strategies to tackle climate change. Snam, whose Italian operations are valued at 20 billion euros, or about $21.9 billion, chose an industrial area that is home to Orogiallo, a pasta company, for an early trial.

Mr. Alverà has embraced hydrogen as a clean substitute for natural gas. Hydrogen has some major virtues. It is emissions-free and, he hopes, can be carried in Snam’s existing 25,000-mile web of transmission lines.

When used as a fuel, hydrogen’s only byproduct is water. But the most common way to produce hydrogen requires fossil fuels, themselves heavy emitters, which would zero out the benefits of hydrogen use. There are clean ways to make hydrogen, with renewable energy — but then why not just use those clean energy sources as fuel on their own?

The answer is storage. Excess renewable energy from wind and sun is often wasted. Using it to create hydrogen, which can be saved for later, is like having a large, relatively cheap battery, advocates say.

Mr. Alverà said his epiphany about the element came in late 2017, when his strategists persuaded him late one evening that, despite concerns about safety and cost, hydrogen could win a substantial portion of the energy market of the future. It could become a winning ticket for Snam. The company estimates that in three decades, about a quarter of Italy’s energy could come from hydrogen.

That night, Mr. Alverà said, he called home to say he wasn’t going to make it to dinner and ordered pizza for his advisers instead. As his confidence in their model grew, “I decided we would go to the board,” he said.

He began building a team of hydrogen experts. Aiming to win converts to his plan, he hosted a conference in October featuring the Italian prime minister, Giuseppe Conte, and attended by dozens of corporate executives. He even wrote a book on the subject, “Generation H.”

At 44, Mr. Alverà is a seasoned veteran of the energy business. After a stint at Goldman Sachs, he worked at Enel, a large electric utility, and Eni, the Italian oil giant. Paolo Scaroni, a former chief executive of both companies, said that of all the young executives who had worked for him, Mr. Alverà was “the most talented.”

Mr. Alverà is willing to bet on his convictions. He wants to spend around €2 billion, or about $2.2 billion, on efforts like testing and upgrading Snam’s network to make sure it is safe to carry hydrogen, and on seeding new applications for hydrogen technologies.

Jonathan Stern, a distinguished research fellow at the Oxford Institute for Energy Studies, said Snam was a “really decently proactive company” that was “actually doing things.”

Snam, whose home city of Milan has been hit hard by the coronavirus pandemic, has managed to keep the gas network humming throughout the country’s lockdown, partly by having key control room technicians spend 15-day shifts living in isolated accommodations at the company’s headquarters.

While natural gas emits less carbon dioxide when it is burned than other fossil fuels, like coal and oil, many experts still say that its use in countries like Britain, Italy and the Netherlands may need to be sharply reduced if governments are to meet their increasingly ambitious climate targets.

Replacing gas with something else — electricity from renewables is the oft-mentioned candidate — will be challenging. In the winter, demand for gas can be more than double what it is in the summer.

“It is not easy to replace all that gas with electricity,” said Meike Becker, an analyst at Bernstein, a market research firm.

Mr. Alverà’s enthusiasm for hydrogen comes at a time when the fuel is attracting attention as a means for moderating climate effects from both industry and governments.

Signs of this new enthusiasm can be seen in a flurry of deal-making as major companies load up on hydrogen expertise.

Cummins Engine bought a Canadian fuel-cell maker, Hydrogenics, last year, while CNH Industrial, which owns the Italian truck maker Iveco, invested $250 million in Nikola, a company based in Phoenix that is developing hydrogen-powered trucks and that has also attracted investment from the auto-parts maker Bosch.

Even though a group of companies, including Royal Dutch Shell, are installing hundreds of hydrogen filling stations in Germany, California and elsewhere, there are still only a tiny number of hydrogen cars. .

“I remain disappointed with the number of vehicles that are in the market,” said Oliver Bishop, Shell’s general manager for hydrogen, about Germany, Europe’s key car production center.

Trucks, though, are looking like a better bet. For those carrying heavy loads long distances, some experts say, a tank of hydrogen is better than battery power.

“Pure battery trucks are good for up to about 250 miles,” said Dale Prows, head of hydrogen supply at Nikola. To go farther, he said, batteries must be so large and expensive that it makes more sense to run the truck off hydrogen, which is lighter and requires less space. Essentially, hydrogen vehicles are electric models that obtain power through a chemical reaction in their fuel cells.

Anheuser-Busch has agreed to buy up to 800 of the vehicles for hauling its Budweiser beer. Angie Slaughter, the company’s vice president of sustainability procurement, said she figured that the trucks would be competitive with conventional models.

“If they build them, we will buy them,” she said.

Efforts to reduce emissions have so far focused on the electric power industries and passenger cars, but if countries are to achieve the climate change targets of the 2015 Paris agreement, then measures will need to be taken in some more challenging areas. Those include notoriously polluting industries like steel and cement. Hydrogen-fired boilers may also prove useful substitutes for gas boilers that are used to heat homes.

Bernd Heid, a senior partner in the German office of the consulting firm McKinsey & Company, said that hydrogen could play a role in reducing carbon dioxide in industries that account for nearly 60 percent of Europe’s economy.

“That is not minimal,” he said.

But for hydrogen to become a major factor in the energy system, the costs of making it using an emission-free process will need to be substantially reduced, experts say. Hydrogen is already widely used in industries like oil refining, but it is almost always derived from fossil fuels.

So-called green hydrogen is more expensive. It is produced using electricity from sources like wind and sun to separate hydrogen from water, a process called electrolysis. Costs are coming down, but some industrialists still say there is much work to be done to prove that hydrogen can be effective.

Mr. Alverà, the natural gas network executive, wants to accelerate the reduction of costs by blending hydrogen into the pipeline network, as Snam is doing in Contursi Terme, creating demand for machines called electrolyzers to make the gas. As bigger machines are built, prices will drop sharply, as they have for solar and wind energy, which now compete with fossil fuels in much of the world.

The owners of the pasta company Orogiallo, which has been operating with reduced shifts during the pandemic, would not have a problem with that. Just participating in Mr. Alverà’s trial has burnished its green credentials with customers like supermarkets, which increasingly want suppliers that are responsible on environmental and social issues.

“Our clients are happy about this experiment,” said Vincenzo Milito, 72, who started the €10 million-a-year business 50 years ago. He now runs it with his children, including his daughter Antonella, who is the chief executive. “Our clients worry about the environment.”