Illinois Seeks a Bailout From Congress for Pensions and Cities 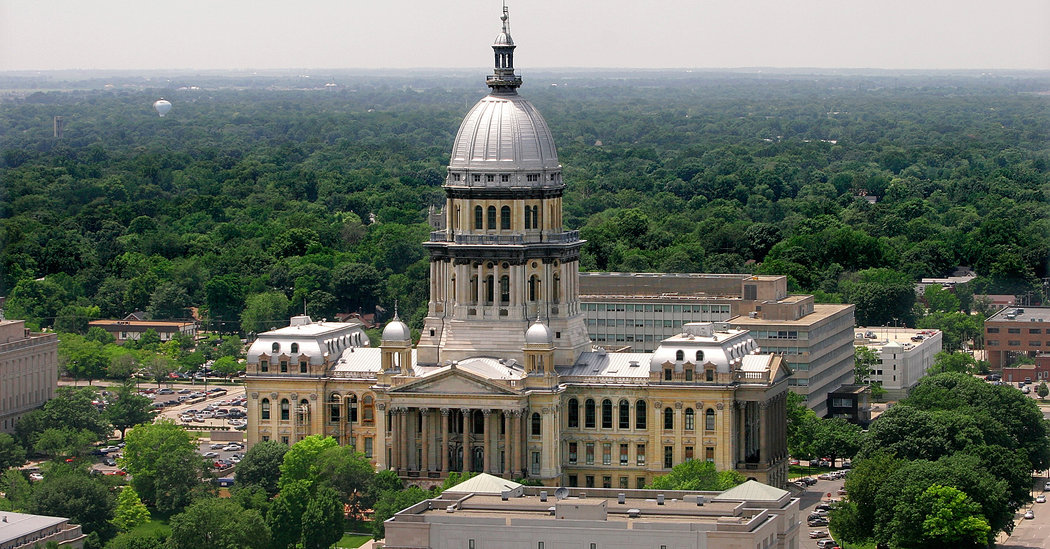 Illinois needs more than $40 billion in relief from the federal government because of the coronavirus pandemic — including $10 billion to help bail out its beleaguered pension system, according to a letter the Illinois Senate president sent to members of Congress.

The letter, sent this week by State Senator Don Harmon, also seeks a $15 billion grant to “stabilize the state’s budget,” $9.6 billion in direct aid to Illinois’s cities, $6 billion for the state’s unemployment insurance fund, and hardship money for hospitals and nursing homes, among other things.

“I realize I’ve asked for a lot, but this is an unprecedented situation,” Mr. Harmon, a Democrat, wrote in the letter to the state’s congressional delegation, a copy of which was viewed by The New York Times. A spokesman confirmed that Mr. Harmon had written the letter.

The letter was shared with Gov. J.B. Pritzker, also a Democrat, who said this week that the federal government should provide more funding to states. Messages left for State Senator Bill Brady, the minority leader, were not immediately returned on Friday evening. Democrats hold 40 of the State Senate’s 59 seats.

The letter said the outbreak had caused economic havoc in the state, which has been under a stay-home order since March 21. Economic activity has frozen up across the country, causing tax collections to evaporate while spending has soared.

The prospects of such a measure are uncertain. Democrats in Congress have pushed to include billions of dollars in aid for states and local governments in an interim package, pairing those funds and additional money for hospitals with the administration’s request for an emergency infusion of cash for a loan program to help distressed small businesses. Republicans have balked at the request, which has led to a lapse in funding for the loan effort, known as the Paycheck Protection Program, but Democrats argue that the request has merit, and discussions with the administration are expected to continue into the weekend.

Though Mr. Harmon pointed to the pandemic as the reason Illinois needed help, the problems with its pension system far predate the coronavirus. It is considered by experts to be one of the worst funded in the nation.

The system is actually a complex family of pension funds. Five are operated by the state, for teachers outside Chicago, legislators, judges and other state workers. Hundreds of other pension funds are operated by municipalities. Many of them are deeply underfunded, and local governments have had to sharply raise taxes to pay what they owe.

In his letter, Mr. Harmon noted that the $9.6 billion in federal assistance to Illinois’s cities “will dramatically impact municipalities’ ability to fund retirement systems for the police, firefighters and other first responders providing emergency services during this Covid-19 outbreak.”

The pension obligations are big enough to crowd other spending out of the state’s budget. The three main ratings firms — Fitch Ratings, Moody’s Investors Service and Standard & Poor’s — rate Illinois’s credit at just one notch above junk territory, citing ballooning pension obligations as one reason.

Some states have been able to reduce their pension obligations after lengthy court fights, but it is all but impossible for Illinois to reduce what it owes: The State Supreme Court ruled unanimously in 2015 that no cuts would be possible.