In Financial Trouble? Track Everything Companies Tell You 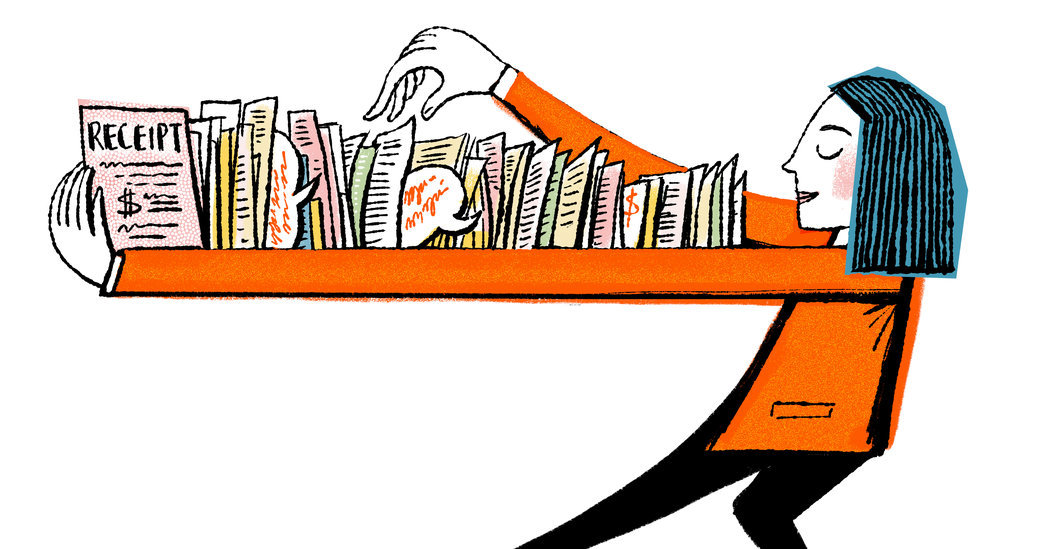 Every financial services company has a coronavirus relief page on its website right now, filled with reassuring language about the assistance on offer. Federal laws and regulations are supposed to make it easier to get help.

But if you’re wary of the corporations riding to your rescue — or even if you’re not — you need to protect yourself. Memorialize every single thing they tell or promise you.

One unfortunate lesson from recessions past is that companies and consumers often disagree about what help they settled on and under what terms. Can you really, truly skip mortgage payments without triggering foreclosure proceedings? Which student loan repayment plan might disqualify you from other benefits?

Absent written proof or recorded phone calls, struggling consumers are at a disadvantage years later when assistance turns out to be fleeting or illusory.

This time, the suffering has come fast, and it runs deep. And none of us are at our best.

Many consumers are scared for their lives, not just their livelihoods. Billers, landlords and customer service reps are scattered to the winds, away from bosses and compliance officials, distracted by their own disrupted home lives. Mistakes will be made, in great volumes.

So, a taking of receipts is in order.

“Time and time again, that was the critical factor between people being able to get help or restitution or justice as compared to people left high and dry,” said Seth Frotman, a former student loan ombudsman at the Consumer Financial Protection Bureau, who helped clean up some of the mess after the last big economic downturn.

Here’s how to go about gathering your proof.

First, rid yourself of any notion that a company will simply cough up whatever documentation you need if things become confusing.

Big financial services companies can keep more data more cheaply than ever, but it is not clear that they actually do. Practices may vary widely, depending on regulatory requirements or simple will.

And even if that information can be found, companies have to be willing to give it to you. Sometimes they’re not, according to Persis Yu, staff attorney at the National Consumer Law Center and director of its student loan borrower assistance project.

So you need to have the records. All of them.

This Call May Be Recorded …

There is no consensus among experts about the best way to keep track of your exchanges with companies, but it certainly can’t hurt to just keep a record of everything.

Written exchanges are easier to store and sort than recorded phone calls, and many companies have simplified things by encouraging people to use various forms of text chat. Often, companies use technology, like that offered by the company LivePerson, that allows you to click a button to get a transcript.

If you prefer the phone, recording the calls can be both technically and legally irksome.

There are apps that can record calls, removing some of the hassle. The legal part is trickier: Some states require you to get consent from the other party before recording.

The law firm Matthiesen, Wickert & Lehrer maintains a state-by-state guide. One problem: The location of any given phone rep isn’t clear, so it’s not advisable to just hit a button on your phone, even if you’re in a one-party state. Mark A. Solomon, an insurance trial lawyer at the firm’s office in Austin, Texas, said it was probably wise to get permission to record each time.

How to do this? Try what the companies do. You’ve probably long since stopped registering that many calls begin with some version of “This call may be recorded” — but that’s your cue to say the same thing back.

Katherine Peoples, founder and executive director of HPP Cares, a consumer and housing counseling agency in Long Beach, Calif., simply responds in kind to such opening entreaties from mortgage servicers by saying this: “Thank you, and so is mine.”

I tried this tactic in recent days with Citibank, the cable provider Spectrum and the payroll company Paychex, and nobody batted an eye. If someone does blink, Ms. Peoples said, she hangs up and tries again until she gets someone who doesn’t object.

Does this pass legal muster? I asked Eric J. Troutman, a partner at Squire Patton Boggs in Los Angeles and an expert on laws relating to phone calls.

He said there had been virtually no litigation by businesses against consumers around any phone recording at all. “A business might hang up,” he said. “Though that would kind of leave you scratching your head as to why a decent and honorable business wouldn’t want their calls recorded.”

A recording can be helpful even when you’re not trying to do something. If you’re just calling for information about a program and decide against taking part, you could end up enrolled anyway. Scrupulous record-keeping can help you clear that up.

Plan Ahead, and Keep It All

Before you press record or start typing, prepare. Write a script of sorts. Can you phrase questions in a yes-or-no fashion? How many ways can you repeat something? If you can’t find out what exactly will happen, can you at least find out what won’t?

As for what to keep or download or scan or print, err on the side of overabundance. If you’ve sent a document that requires a response, save a copy of both. And keep them together.

When it comes to student loans, rules are confusing, and servicer record-keeping has often been abysmal, particularly in the public service loan forgiveness program. Keep every statement, record every communication with your servicers, and save checking account evidence of payments and payment counts. You need to make 120 payments to qualify for forgiveness in the public service program — and it can’t hurt to be able to document every one.

Also, beware of internal messaging systems that some financial services companies use, like the “inboxes” that sometimes appear on their websites after you log in. Those messages can disappear, so scan and save them, or keep a printout someplace safe.

Getting receipts is helpful, because policies change. Here’s one example.

In March, Capital One told me that it would allow customers to skip the next card or loan payment without incurring interest charges. That didn’t last long, as angry readers have told me since.

The company was unapologetic. “As I’m sure you can appreciate, we are continuously monitoring the situation around Covid-19 and adjusting certain policies as circumstances evolve,” a spokeswoman, Sarah Craighill, said via email.

No system is perfect, of course.

Mr. Cleveland told me of a colleague who had been an expert witness in a case in which the two sides could not agree on what the meaning of a recorded conversation was.

If the stakes are high — a promise about your six-digit mortgage, or your five-digit student loan — it might be worth going a step further. Listen to the call you recorded, and write to the company to confirm the terms of any changes or allowances. If you can’t find an email address or a way to message someone, send a letter via registered mail and request a receipt showing when or if the company received it. That way, you’ll know the company had the opportunity to dispute your summary.

Mr. Frotman, the former consumer bureau official, who is now the executive director of the Student Borrower Protection Center, said formal complaints to governmental bodies were an underused tool. They often trigger a response from the company, in writing and on official letterhead, that aims to put matters to rest.

It shouldn’t have to be this hard for consumers, but it is.

Why shouldn’t it be up to financial services companies to provide prompt and accurate proof of your agreement? Unfortunately, you can’t count on that, so make sure you have the receipts.

“Part of my hesitation is putting all of this on borrowers, because the most vulnerable ones may be people who can’t do all of that,” Ms. Yu said. “But I agree that the system, as it is now, does require this level of meticulousness. I don’t know what fallout we’re going to see after all of this ends, if it ever ends.”