In the face of a cultural reckoning, it turns out massive corporations can move fast and fix things 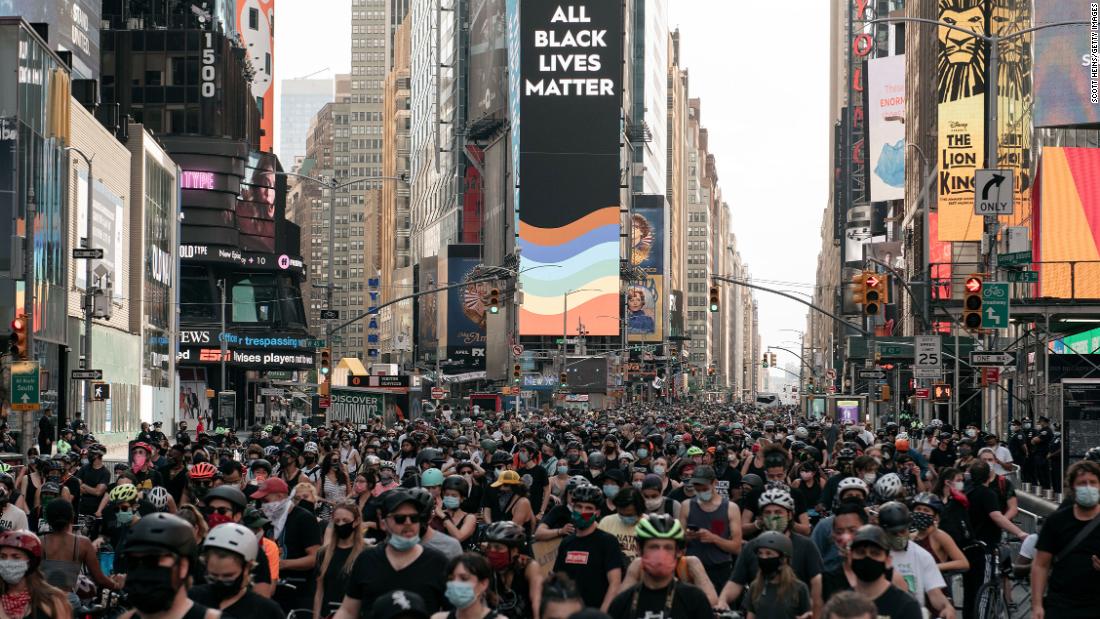 Still, Corporate America has a long way to go.

Today, only four CEOs in the Fortune 500 are Black. Black professionals in 2018 held just 3.3% of all executive or senior leadership roles, according to the most recent US Equal Employment Opportunity Commission data. In 2019, more than a third of S&P 500 companies did not have any Black board members, according to Black Enterprise’s Power in the Boardroom report.
Changing these numbers goes beyond doing the right thing — it helps companies better innovate and compete as US demographics and consumer habits change.
“Corporate America is talking the talk,” Former Time Warner CEO Richard Parsons told CNN last week. “And it’s been a little bit of walking the walk, but not that much. This inflection point we’re at, now the corporations and Corporate America is stepping up and saying: ‘Wait a minute, we’ve got to get real about looking after our employee base and our communities.'”

Here are some of the ways Corporate America has taken such action over the past two weeks.

It’s 2020 and a handful of major companies are finally acknowledging and ending the use of brand mascots with racist origins. Aunt Jemima, Uncle Ben’s, Mrs. Buttersworth and Cream of Wheat all announced marketing changes in light of the anti-racist movement sweeping the country.
Many of these companies had resisted changing their branding for decades. But changing consumer sentiment and the power of social media call-outs finally forced a change, Allen Adamson, co-founder of brand consulting firm Metaforce, told CNN Business’ Chauncey Alcorn.

Problematic branding exists outside the breakfast food aisle, too. Will the Washington Redskins or Chiquita Brands’ “Miss Chiquita,” both of which have faced similar criticism, be next?

A number of big name leaders have stepped down or been pushed out of their positions in recent weeks, as companies grapple with failures to foster diverse and inclusive workplaces.

Top editors at Bon Appétit and Refinery29 stepped down earlier this month after facing claims of racism. The CEO and founder of The Wing, Audrey Gelman, also resigned this month following allegations of racist incidents and a walkout by employees.
CrossFit’s CEO Greg Glassman retired from his leadership role following intense backlash from gym owners and athletes over the company’s lack of support for the Black Lives Matter movement, and after comments he made on a call with gym owners that CrossFit leadership was “not mourning for George Floyd” surfaced.
Crisis Text Line CEO Nancy Lublin was also ousted amid allegations of inappropriate conduct. Staffers of the nonprofit had recently staged a virtual walkout, demanding its board and leadership take steps to create an “anti-racist” organization.

It’s one of a number of companies aiming to diversify their workforces.

However, some Adidas employees say the sportswear giant needs to do more. A group of Adidas employees wrote to executives this week asking them to investigate whether the company’s HR chief has responded appropriately to racial issues. They also want Adidas to create an anonymous platform where employees can report instances of racism and discrimination.

Walker & Companies founder Tristan Walker says American companies have been ignoring people of color for too long, and they’re missing out on a major business opportunity.

“We have an audience that has not been served in over 100 years as well as they deserve to be … If the majority of the world represents this audience, why aren’t you serving them?” he said in an interview with CNN Business’ Rachel Crane.

Many believe that one of the biggest catalysts for change would be to increase representation on corporate boards.

“Can you just make the boards more diverse? Now. This is something that is doable,” former Xerox CEO Ursula Burns told CNN’s Poppy Harlow this week. “There are African American men and women, and women, who actually are capable and willing to serve on boards … That diversification helps to diversify the thought, diversify the language, diversify the culture, everything about the company.”
Reddit Co-Founder Alexis Ohanian demonstrated how this could work. Ohanian, a White man, resigned from the company’s board and asked to be replaced with a more diverse candidate. Several days later, Reddit named Michael Seibel, CEO of Silicon Valley startup accelerator Y Combinator, as the first Black board member in the company’s history.

Darrin Walker, president of the Ford Foundation, suggested that investors pressure companies to diversify their boards.

“The real solution is going to come when we have investors and asset managers say to companies: ‘We expect your boards to be diverse,'” Walker told CNN this week.