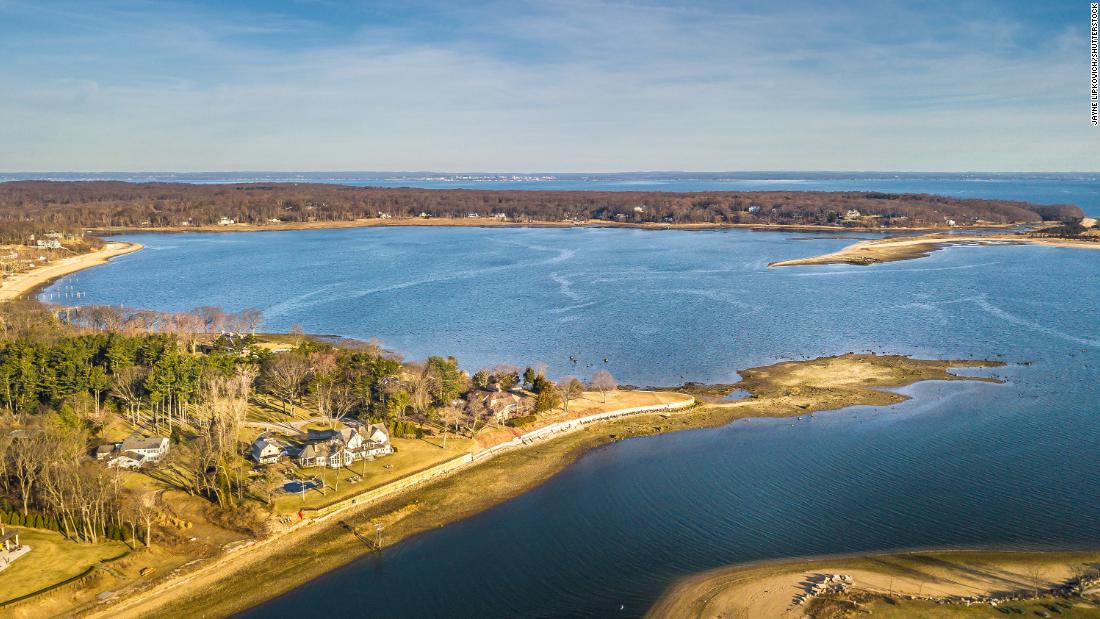 In Southold, New York, on the North Fork of Long Island, town supervisor Scott A. Russell warned that if more people arrive, it will stretch resources to a breaking point. He has asked the governor to put a travel ban in place, prohibiting all but essential workers from traveling to the island’s East End.

“A new trend is taking place that puts our local residents at even further risk — people seeking refuge from the metropolitan areas,” Russell said in a statement. “Our limited medical resources are overburdened and … they are reaching capacity which has the potential of limiting access to local residents…. Southold should not be treated as someone’s personal isolation unit.”

While some city residents are already hunkered down comfortably at their part-time resort homes, others are still deciding whether to make a run to quieter, more open spaces that haven’t been overcome by the coronavirus. But they should keep in mind that they may not be welcome.

Full-time residents of resort areas are in the strange position of asking people to stay away from the places they are often in the business of promoting.

In Ocean City, New Jersey, a popular beach resort area, the mayor has asked second-home residents to stay away and has all but banned short term rentals.

“Although Ocean City ordinarily welcomes all visitors, at this time we must take all available steps to enforce social distancing recommendations and limit nonessential travel to Ocean City,” mayor Jay A. Gillian said in a statement.
After people rushed to Newport and other coastal towns, Rhode Island Governor Gina M. Raimondo issued an executive order that anyone coming to her state from New York must immediately self-quarantine for 14 days. New York Governor Andrew Cuomo, among others, pushed backed against the order and Raimondo has since repealed that order, amending it to require self-quarantine for anyone coming from outside her state for non-work related reasons.

Some year-round locals are also reacting negatively to the onslaught of visitors they weren’t expecting so early in the year.

“There is the full range of emotional responses to the influx of people,” said Laura Roosevelt, a writer and full-time resident on Martha’s Vineyard in Massachusetts. “Ranging from, ‘I kind of wish you weren’t here, but I’m not mad,’ to others who are furious that people have invaded and perhaps infected the island.”

She started noticing the uptick of people on the island when her seasonal friends, who were not expected until summer, began showing up over the past few weeks. “I can think of six of my own friends with families who are here that normally aren’t.”

But, she said, her friends have a home on the island, too.

“If I were a person who bought a house and it was my favorite place, I would feel like, ‘why do I have that house if I can’t use it at a time like this?'” Roosevelt said.

The comment sections of area newspapers and local online groups have lit up with frustration about the strain on services, particularly medical resources.

One commenter on the Martha’s Vineyard Times website posted: “Vineyard should be on full lockdown except for the ferries bringing food and supplies to the Island. With only 25 hospital beds and limited medical professionals to handle an influx of people trying to escape the coronavirus, the Island would be overwhelmed.”

Despite warnings from the Centers for Disease Control and Prevention to stay where you are, including a domestic travel advisory for New York, New Jersey, and Connecticut, families still wonder if they could make a run for greener pastures. Real estate agents from Connecticut to the Hamptons are fielding a steady stream of calls from New York City residents looking for a refuge.

“Everyone is working from home. They are looking for some sort of relief from the city, a little more space, a yard for the kids,” said Mary Ellen Gallagher, a Connecticut real estate agent with Compass.

In her area, near Fairfield and Westport, short-term, furnished rentals are not typical. Gallagher is reaching out to her network of realtors and clients looking for rental homes to meet the demand. “We’re scrambling,” she said.

Rentals in the Hamptons are in demand, too, said Joseph Kazickas, an agent at Rosehip Partners in East Hampton.

“We have been reaching out to landlords asking if they are able to rent their house immediately based on what is happening in New York,” he said.

But is it a good idea for people to go?

Kazickas said social distancing measures allow him to sell and rent properties. But he says if you want to follow current travel advisories and be respectful to communities, look at a summer rental.

Martha’s Vineyard was where Kristen Kusama-Hinte and her family were headed after New York City public schools closed.

“We didn’t think everyone was thinking the same thing,” she said. “But we realized that it wasn’t such an original idea.”

And soon they wondered if it was even a good idea.

They decided to stay put. But she longs for the comfort and natural surroundings of their home on the Vineyard. They are thinking about going up in June and staying for the summer.

“For everyone’s safety, we want to be sure we’re acting in a neighborly way and have that go both ways.”