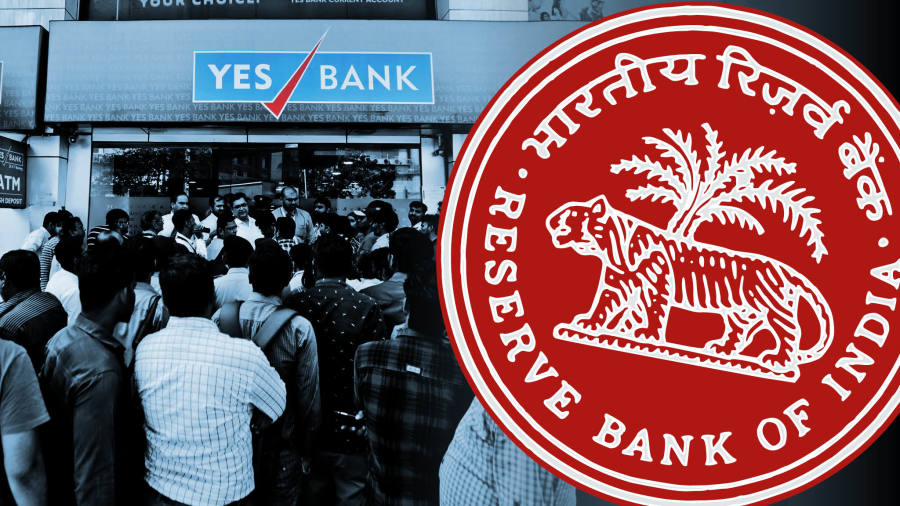 Indian authorities’ takeover of one of the country’s largest private banks could wipe out more than $1bn in high-risk rupee bonds, dealing a blow to the mutual funds that piled into the market and leaving other lenders struggling to raise money.

The Reserve Bank of India last week took over Yes Bank, a once high-flying private lender that experienced a sharp rise in bad loans, after the bank struggled to find investors to shore up its capital base. The RBI proposed a rescue plan that would see India’s largest public lender, the State Bank of India, take a 49 per cent stake with an investment of Rs75.2bn ($975m).

The intervention shook Indian markets, as investors worried that Yes Bank’s precarious position could spark contagion. But it has caused the most consternation among a class of bondholders who stand to lose everything under the terms of the rescue.

“People didn’t believe that it would ever come to this,” said Suman Chowdhury, president of Acuité Ratings & Research, noting that Yes Bank had been seen as one of the top private-sector banks in the country. “There’s a painful process until this whole thing settles down.”

The RBI has proposed that Yes Bank’s additional tier 1 (AT1) bonds be wiped out. These quasi-equity instruments, introduced after the financial crisis of 2008-09 to shore up banks’ balance sheets, have high coupons and perpetual maturities, meaning that banks do not need to repay the principal. But crucially, the bonds can also be written off if the lender ceases to be a viable entity.

Similar instruments were issued by banks around the world, as regulators encouraged funding structures that could be dissolved relatively easily if a lender hit trouble.

In India Yes Bank was one of the largest private-sector issuers of such bonds, with about Rs108bn ($1.5bn) of AT1 debt outstanding, according to Acuité. The move by the RBI has therefore come as a shock to asset managers such as the Indian arms of Franklin Templeton and Japan’s Nippon, which in recent years stuffed mutual funds full of these higher-risk bonds, luring customers with the prospect of better returns.

AT1 bonds were seen as a good way for risk-hungry investors to participate in the expansion of India’s debt markets, fuelling fast-growing lenders such as Yes Bank — which in turn funded ambitious industrialists in sectors such as real estate and so-called shadow finance.

But slowing growth caused many of the banks’ bets to sour, leading to an uptick in corporate defaults, straining balance sheets and contributing to a broader unwinding in the financial system. Yes Bank’s loans, for example, grew more than 30 per cent a year from 2014 to 2019. But non-performing assets more than doubled to 7 per cent in September last year, from 3 per cent just six months earlier. Many analysts believe the true extent of Yes Bank’s stress runs much deeper.

According to ICRA, a rating agency, Indian banks between them have issued Rs940bn ($12.7bn) in AT1 bonds with the share split between state and private banks.

If the write-off of Yes Bank’s AT1s goes ahead, analysts say it could have a ripple effect for other private banks who want to sell similar instruments, cutting off a valuable source of funding at a time when balance sheets remain under pressure. One such private lender, IndusInd, suspended plans for an AT1 bond issue after the RBI’s intervention last week.

“Investors’ appetite for future issuances of AT1 bonds [will] reduce,” said ICRA. This will prompt “some of them to avoid these bonds in future”.

Wiping out the bond would also be a blow to India’s young mutual fund industry, which has seen roaring growth as millions of Indians began to invest in financial products for the first time. Confidence has already been damaged by funds’ exposure to stressed real estate companies and shadow banks, some of which have gone bankrupt.

Some AT1 bondholders are attempting a legal challenge against Yes Bank’s rescue plan, arguing that their holdings should be converted into equity rather than written off. Analysts at HDFC Securities said that, while the move to write off the bonds was in line with regulations, it was “slightly odd,” given that the bank’s capital — stated at 16 per cent of its risk-weighted assets at the end of September last year — had not yet been reduced to zero.

Another Mumbai-based analyst was less sympathetic, suggesting it was a much-needed wake-up call for mutual funds and investors.

“Everybody hates losing money. But the fact is that these bonds were considered quasi equity . . . Holders were compensated for carrying that risk,” he said. “As they keep performing, you’re lulled into believing they’re quite safe.”