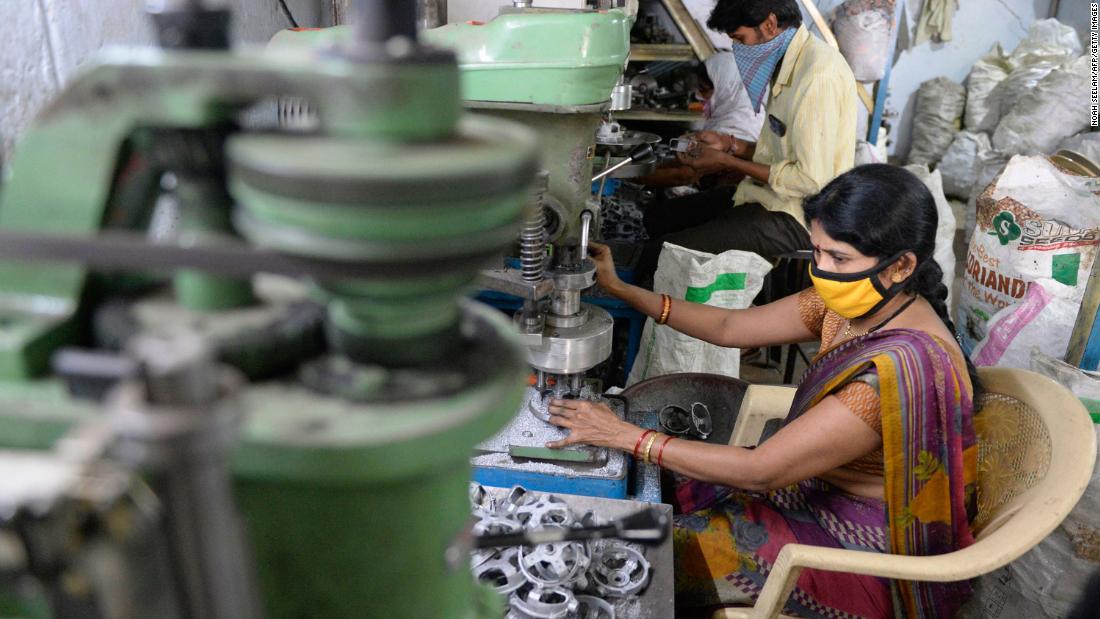 Indian Prime Minister Narendra Modi announced the headline figure during a national address on Tuesday. The value of the stimulus effort includes new measures that have yet to be detailed, along with actions already taken — including steps from India’s central bank to shore up liquidity, as well an earlier stimulus package worth $23 billion meant to help the country’s poor.

Modi said the fiscal and monetary stimulus package is equivalent to about 10% of the annual output of India’s economy.

Analysts at Citi, though, say the actual impact could be closer to 4% of GDP after accounting for the relief measures that India has already taken, as well as the possibility that some expenditure could be spread across more than one fiscal year.

“Given India’s fiscal position, it is difficult to imagine that there is space for 10% of GDP additional spend” this year, they wrote in a research note. Even so, the Citi economists said that a 4% commitment would still be much higher than what they expected India to spend on insulating its economy from virus-related fallout.

The International Monetary Fund projects India’s economy will grow by just 1.9% this year.

Modi in March announced an unprecedented three-week shutdown for the country’s 1.3 billion people that required everything to shut except for health services, grocery stores and other essential services.

That lockdown has been extended a few times since then. The current, third phase — which eased some aspects of the lockdown, allowing the limited reopening of construction sites and private offices — will last until May 17. The next phase will include more adjustments, which Modi said will be announced in the coming days.

“Scientists say that coronavirus will remain a part of our lives for a long time, but our lives cannot revolve around coronavirus. We will wear masks, maintain social distancing but we will not lose sight of our goals,” he said.

During the address, Modi emphasized the need for India to become a self-reliant country, adding that the country has to save itself.

“I have full faith that following all the rules, we will fight coronavirus and move ahead as well,” he said.

Like other countries, India has been trying to find ways to support its economy while protecting its people from the virus, which has infected more than 74,000 Indians, according to Johns Hopkins University. More than 2,400 people in India have died.

India’s economy was struggling before the outbreak. Economic growth has roughly halved in the last few years.

— Jill Disis contributed to this report.