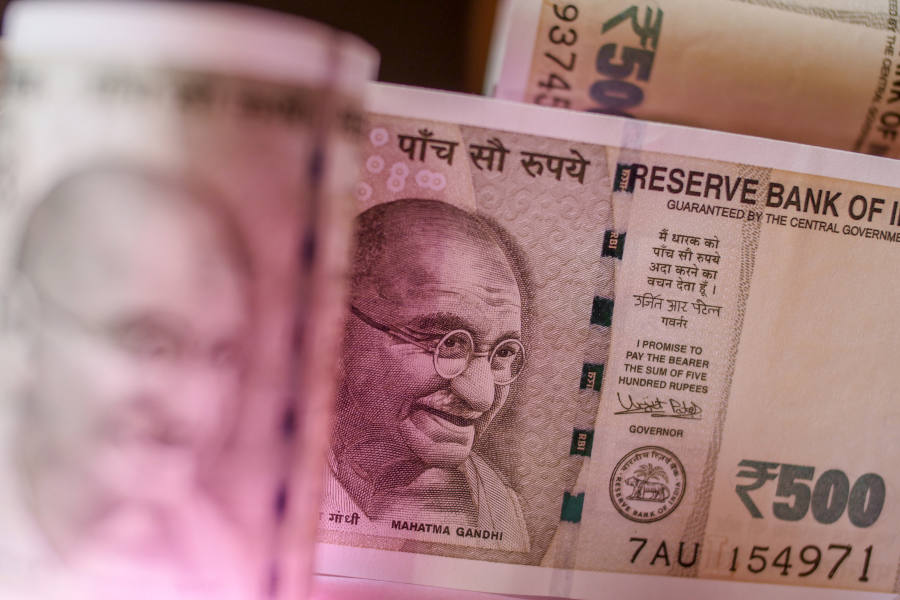 India’s rupee touched an all-time low against the dollar as foreign investors flee the country’s stock market over concerns the coronavirus outbreak could pile more pressure on the country’s economy and financial system.

The currency on Friday weakened past 74.5 to the dollar as growing fears over the pandemic sent shockwaves through equity and foreign exchange markets.

India has confirmed only 74 cases of Covid-19 but foreign investors have abandoned India’s equity markets, which have also been hit by a deep economic slowdown and the near-collapse of a large bank. Overseas investors have pulled about $4bn out of Indian markets since late February.

“The rupee was quite immune to what was happening globally,” said Navneet Damani, an analyst at Motilal Oswal, adding: “We’re seeing some kind of panic starting to build in.”

On Friday morning in Mumbai stock trading was halted for 45 minutes after a plunge in share prices triggered the exchange’s circuit breakers. The benchmark Nifty 50 suffered one of its worst ever days on Thursday and has tumbled more than 20 per cent over the past month, before rebounding more than 4 per cent later in Friday’s session. The rupee also recovered from its lows.

The worsening coronavirus pandemic has prompted sell-offs globally, with Wall Street on Thursday suffering its worst day since 1987.

Concerns over the rupee’s weakness led the central bank on Thursday to announce it would sell some of its dollar reserves in a bid to shore up the currency.

Even before the virus, India was suffering its worst economic slowdown in years. The Reserve Bank of India last week took over one of the country’s largest private lenders, Yes Bank, in a move that unnerved investors. The bank had for months failed to find new investors to offset a sharp uptick in bad loans.

The takeover sparked panic among depositors and analysts say it could have a knock-on effect for other banks, weakening an already stressed financial system.

“India is facing triple contagion,” said Aurodeep Nandi, an economist at Nomura. “One is of course the actual contagion from the Covid-19 virus. The second contagion is from the global growth downturn and subsequently India’s growth slowing.”

“And the third is financial contagion. While financial stability risks were simmering for quite some time now, what’s happening with Yes Bank is an escalation of those risks. So it’s almost like the worst fears on the global front and the biggest fears on the domestic fronts are converging.”

India this week announced it would suspend all visas for short-term foreign visitors until April 15. The government’s narrow protocol for testing for Covid-19 has fuelled concerns it could be underestimating the extent of the outbreak.