Inside an American coronavirus containment zone, business anxiety is spreading 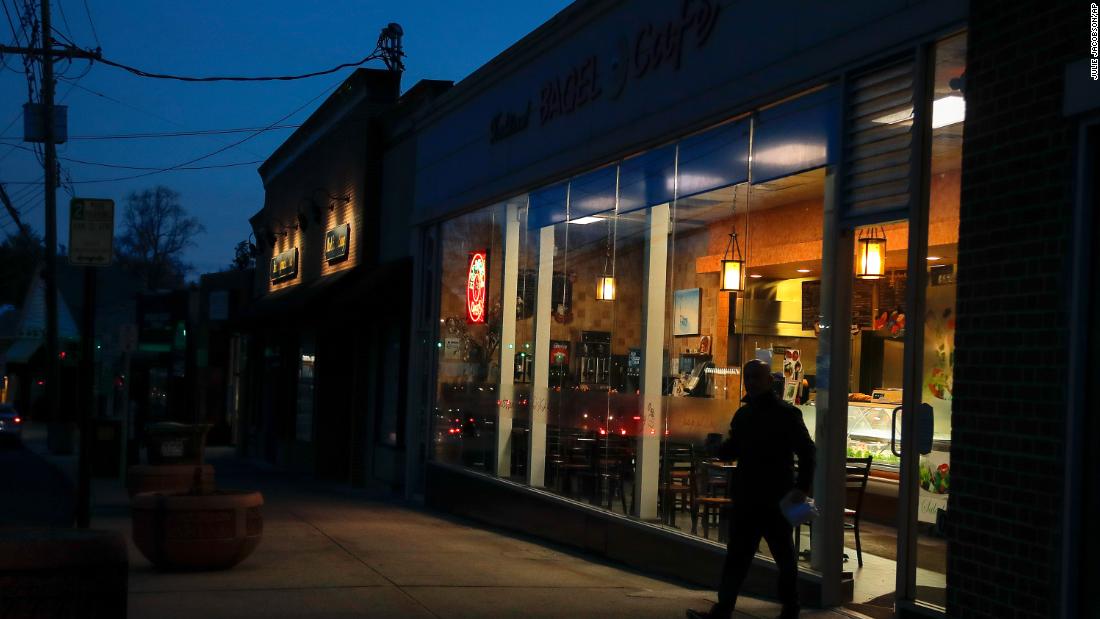 That’s a tough pill to swallow for many small businesses, which notoriously operate on razor-thin margins. But they may have no choice.

“Business has been so quiet,” said Sal Imburgia of Sal’s II Pizzeria in New Rochelle, New York. “If [this continues], I am going to close because it makes no sense to stay open and spend on electricity, gas and have no revenue. Sales have been down about 40%” this week, he added.

New Rochelle has 108 known cases of coronavirus, making it probably the largest cluster of the outbreak in the country. On Tuesday New York Governor Andrew Cuomo announced plans to deploy the National Guard and create a 1-mile containment area for two weeks in the Westchester County town.

Imburgia, whose restaurant is located near a synagogue believed to be the epicenter of the outbreak in the New York City suburb, said he’s been doing a lot of the work himself in the shop, as other employees have gone home to be with their families: “I feel bad because some of them have to feed their families and want to work to get paid.”

Although the New Rochelle containment area is not a quarantine order, and individuals who reside or work in the area are not restricted in any manner, many businesses are mulling how the state-ordered rule will impact their bottom line — and whether it makes sense to stay open. (Schools, places of worship and other large gathering spaces have been mandated to close, starting Thursday.)

Imburgia plans to require his pizzeria delivery drivers to wear masks and to tell patrons to leave the money for orders outside or pay by credit card. “I don’t know what else to do anymore,” he said. “It’s going to be really hard. Two weeks is a long time. It could be longer.”

The number of confirmed coronavirus cases in that area has grown after a man who lives in New Rochelle, works as an attorney in Manhattan and attends a local synagogue tested positive for it last week.

Traditional Bagel Cafe, also located near the synagogue, is worried about the fate of their business, too.

“We’ve seen better days,” said Richard Lourdi, an employee at Traditional Bagel Cafe. “We are shutting down for two weeks. Once the National Guard will be here, no one will be around, so we might as well close.”

“I don’t blame [people for staying home]. It’s for their own safety. I’m hoping we will be able to bounce back. It’s hard to tell,” he added.

In the same plaza, grocer Acme said it’s already feeling the impact of the containment zone.

“The store was very packed last night after the news went out and now it’s completely dead,” the store manager told CNN Business. “The shelves are empty. They’ve been that way for the last two weeks, but now they’re really empty.”

The manager added that shipments to the store, for now, are “business as usual,” but what will arrive on delivery trucks will depend on what suppliers have in stock.

“We get another big order in tonight,” he said, adding the items most in demand are similar to what’s flying off shelves elsewhere: Purell, cleaning wipes, toilet paper and paper towels. “But people are either quarantined or scared to come out. I don’t know if that will bring people back to the store.”