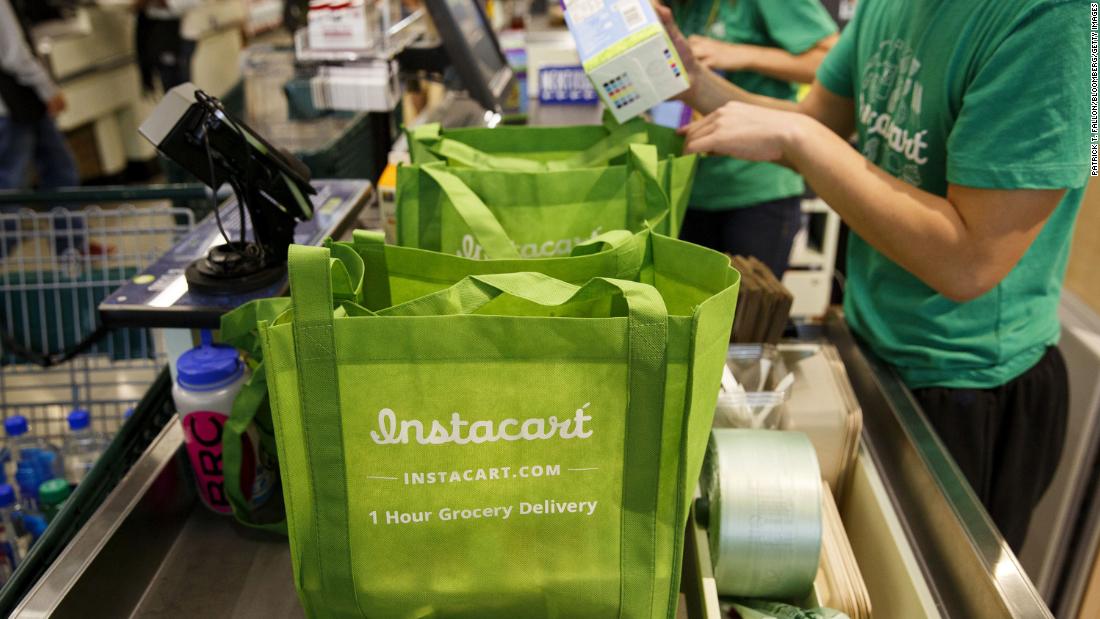 CNN Business reported in April that some Instacart customers were bait-and-switching workers by offering up a large tip — as high as $50 or more — and then taking it away after the grocery delivery was completed.

Instacart said in a blog post Friday that it has started to require feedback from customers if they remove a tip entirely after delivery. It said it will also deactivate “any customer who consistently and egregiously engages in this type of behavior,” the company said.

Starting next week, Instacart will only allow customers to adjust their tips for 24 hours after the delivery is completed, down from the current three-day window.

Even with that change, however, Instacart continues to offer a wider window for revising tips. Other delivery services such as Uber Eats and Postmates, which offer on-demand meal deliveries, allow customers to change tips for shorter windows of time, between one and 10 hours. The announced changes also do not directly address customers who drastically reduce a tip after delivery. An Instacart spokesperson said the company plans to test other options, such as requiring feedback on a reduced tip.

In the blog post, Instacart said that “less than 0.5% of all Instacart orders have tips removed after delivery. Despite this rare occurrence, we realize it’s disappointing for shoppers to see a tip reduction after the order is complete.”

The company said it plans to test an option for its workers, who are referred to as shoppers, to view feedback provided when a tip is removed “in the coming weeks.”

Demand for grocery delivery has skyrocketed during the coronavirus pandemic, prompting Instacart to hire hundreds of thousands more workers. At times, many customers have struggled to place orders for items they want or even get a time slot for delivery due to the high level of demand.
While Instacart has benefited from a surge in customer orders in recent months, workers have criticized the company for not doing enough to ensure they’re adequately protected and paid during the pandemic. Workers have participated in strikes against Instacart, including demands such as hazard pay and a default tip of 10%. Instacart previously said it would change its default tip setting from 5% to the most recently used percentage a customer chose to tip.
An Instacart worker previously told CNN Business tip baiting was “very demoralizing.”

“I don’t pretend to be a hero, like a nurse in a hospital … but I literally am exposing myself [to coronavirus] and when I return home, exposing my own family to the possibility of transmitting this disease,” Instacart worker Annaliisa Arambula previously told CNN Business. “When you know that it’s somebody who’s just doing it to game the system and to get their order when they want it. It’s really frustrating.”