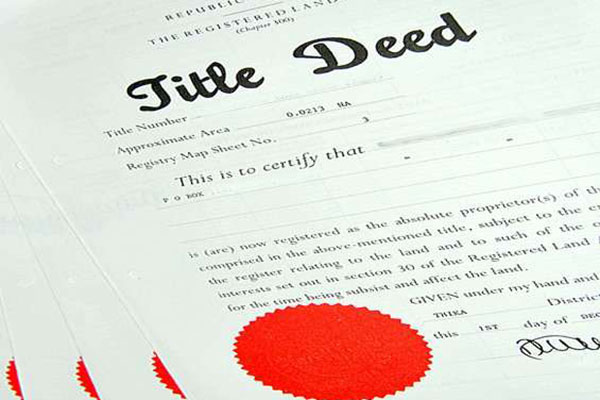 An coverage organization is embroiled in a tussle more than the ownership of a Sh400 million piece of land in Nairobi County.

GA Coverage Ltd is caught up in a fight with Dikus Enterprises around who owns the 1.23-hectare parcel along Mombasa Highway.

In accordance to details made in court, the insurance policies firm claims the land was leased to Sandru Musa Ramji in 1987 for 99 a long time.

The land was transferred to Eldo Dwellers Ltd in 2005 before the organization bought it to Economic Industries for Sh9 million in 2012.

The coverage business advised the courtroom that in 2014, Financial Industries utilised the title to protected a financial loan of Sh194 million from I&M Bank. GA Insurance policies bought the land from Financial Industries for Sh92 million and charged the title at I&M Bank for Sh1 million in 2016. The two firms ongoing spending land rates to Metropolis Hall.

But when GA Insurance tried to pay out the annual fees in February, they had been explained to the parcel had been subdivided by just one Stephen Juma Ndenda.

The firm’s lawyers wrote to City Hall attaching details of prior prices receipts. They also sought authorization to fence off the parcel.

Subscribe to our e-newsletter and remain up to date on the hottest developments and particular delivers!

GA Insurance policies moved to the Industrial Courtroom in Milimani trying to get orders for police protection for the duration of the training.

But on the day the land was to be fenced off, not known men and women stormed the site and disrupted the exercise. Dikus Transporters went to courtroom looking for a keep buy. The agency claimed they experienced acquired the land and presented a title deed that GA Insurance insisted was phony.