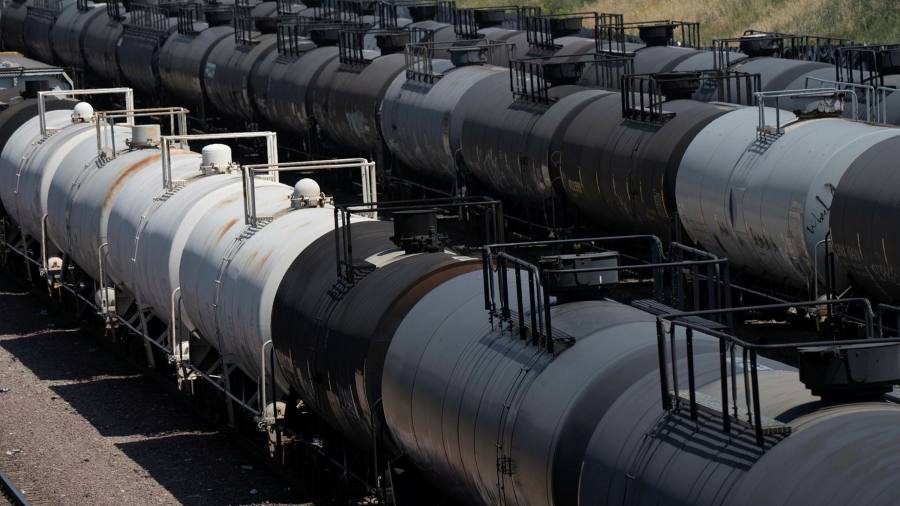 Oil prices rebounded on Wednesday after Donald Trump stoked Middle East tensions, saying that he had ordered US warships to “shoot down and destroy” Iranian vessels if they posed a threat.

The US president’s intervention sent Brent crude back above $20 a barrel after the international benchmark had tumbled to its lowest level since 1999 on concerns over the collapse in global oil demand.

The declaration from Mr Trump also helped buoy the high-yield bond market, which is heavily exposed to the fate of energy companies. BlackRock’s iShare high-yield bond exchange traded fund, known by its ticker HYG, rose 1 per cent, having dipped 1.8 per cent on Tuesday.

“I have instructed the United States Navy to shoot down and destroy any and all Iranian gunboats if they harass our ships at sea,” Mr Trump wrote in a tweet.

The prospect of renewed tensions in the Middle East gave crude a lift during a week where prices have struggled to contend with an evaporation in demand triggered by the coronavirus pandemic.

Brent rose as high as $22.45 a barrel and settled at $20.37, up more than 5 per cent on the day. The energy sector helped lead a rally on Wall Street that sent the benchmark S&P 500 up 2.3 per cent following two days of falls. The tech-heavy Nasdaq Composite closed up 2.8 per cent.

West Texas Intermediate, the US marker, rose 19 per cent to $13.78 a barrel. It almost halved during the previous session and earlier in the week fell into negative territory for the first time as producers were forced to pay buyers to take oil off their hands ahead of the expiry of futures contracts.

Brent crude remains down about 27 per cent so far this week. Oil production levels have remained robust even as the virus destroys demand, creating a supply glut. An unprecedented cut of almost 10 per cent of global supply by Opec and its allies will take effect next month, but traders worry it is not enough to offset the collapse in consumption.

The head of the International Energy Agency on Tuesday called for the output reductions to be expedited and deepened. Opec members met by phone overnight, but there was no sign they would change their plans.

“The logistical realities of tank tops and mounting offshore storage require swift action, with refineries no longer a reliable taker of crude as their own product inventories fill to the brim,” they said.

Bijan Namdar Zangeneh, Iran’s oil minister, said on Wednesday that cuts already agreed would take time to be felt in the market. He called for greater global co-operation on curtailing supply, particularly by North American shale producers. “Opec on its own cannot resolve the current problem,” he told state television.

In the US, crude stockpiles rose last week to their highest level in nearly three years, according to the energy department.

European stocks closed higher, with gains of 1.8 per cent for the continent-wide Stoxx 600 index.

In fixed income, the yield on the 10-year US Treasury ticked up 0.04 percentage points to 0.61 per cent as investors moved out of core government debt.

“But our view is that the recent period of extreme dislocation in the US oil market should pass in the second half of the year,” he added.