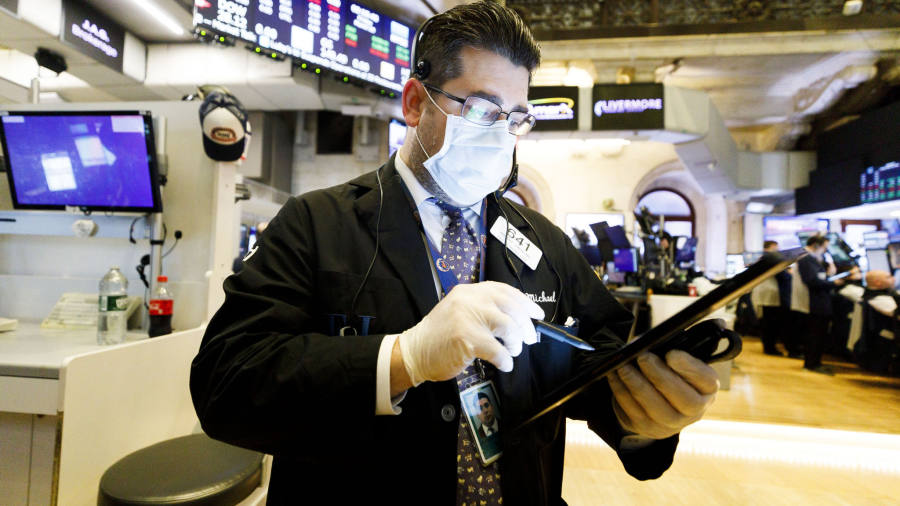 It took the combined might of every large central bank and government but by the end of this week there was an easing of the turbulence that rocked global markets, which had come close to breaking under the weight of the coronavirus crisis.

Hectic trading dominated the week, despite the US Federal Reserve slashing interest rates to zero in an emergency move before markets opened on Sunday. Sterling slumped to its weakest point since the 1980s, the rally in US stocks since the inauguration of Donald Trump disappeared, the dollar soared and bond markets showed signs of buckling. On Thursday, the new Bank of England governor Andrew Bailey said markets were “bordering on disorderly”.

But by Friday, the Fed’s repeated efforts to fix the markets’ financial plumbing with short-term lending support, and measures to boost the flow of dollars around the world, began to have an effect. The BoE also cut rates to a historic low as part of a broader package of support and the European Central Bank unleashed a new €750bn bond-buying programme — all in an effort to damp the impact of global lockdowns in the face of the coronavirus pandemic.

European stocks carved out their second consecutive day of gains, while the FTSE 100 climbed 0.7 per cent — not spectacular but a relief after losing over one-quarter of its value since the middle of February. In the US, the S&P 500 index of blue-chip stocks was down close to 2 per cent in afternoon trading — far calmer than the 12 per cent drop on Monday, when the index suffered its biggest fall since the Black Monday crash of 1987.

Investors are struggling to understand how much further asset markets need to fall in order to adapt to what is now widely expected to be a global recession of historic proportions. Economists at Deutsche Bank said on Friday that the pandemic could result in the largest UK recession in 100 years, with an economic decline of 6 per cent.

Whatever the scale, rating agency Moody’s said on Friday that a sharp contraction of the global economy was “imminent”.

“There’s an enormous amount of uncertainty around this. How serious will it be from a human point of view, and how long is the disruption from an economic one? All that is speculation right now,” said Andrew Wilson, chairman of global fixed income at Goldman Sachs Asset Management.

In such strained conditions, fund managers are struggling to get trades done. “In some markets liquidity is back to levels not seen since the financial crisis of 2008,” Mr Wilson said.

For investors, the most alarming part of the week was on Wednesday, when bond markets misfired. Instead of rallying, as haven government bonds typically do in periods of stress, these benchmark assets dropped heavily.

This anomaly is a sign that fund managers have lost money at a rapid pace and are facing such heavy demands for redemptions among investors that they are being forced to sell the most easily-tradeable assets in their portfolio.

“Bonds at these levels seem a bit of a bargain for anyone willing to carry the risk. But no one is,” said Peter Chatwell, head of multi-asset strategy at Mizuho. “Volatility is so high people’s models tell them to sell everything.”

Alan Ruskin, a strategist at Deutsche Bank, said that by Friday “some consistency” had crept back into markets after “an utterly chaotic few days”. But few are brave enough to see this as the start of a recovery.