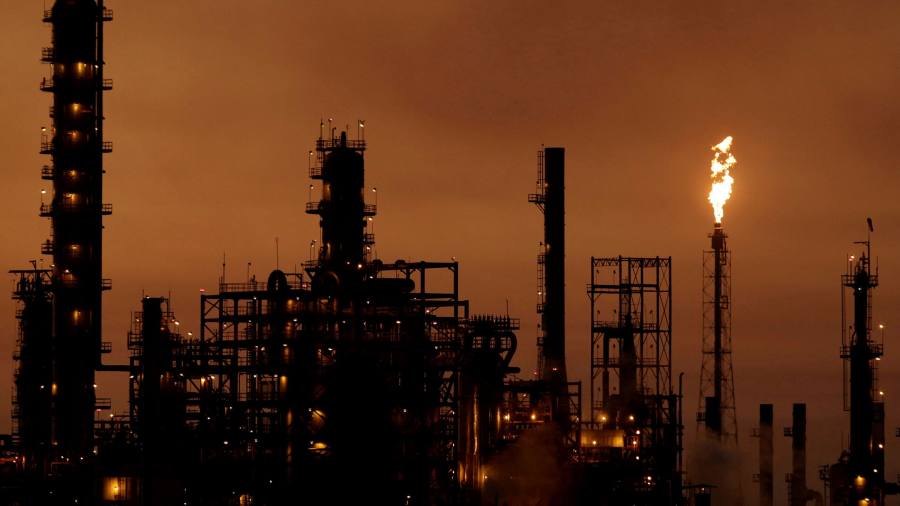 Investors dumped Mexican assets at the fastest pace on record last month, as fears over the coronavirus pandemic prompted fund managers to scurry to safer and more liquid instruments.

Analysts at BBVA Corporate and Investment Banking said the 166bn peso ($7bn) outflows, taking all Mexican government securities together, was the biggest since the central bank started publishing holdings data in 1994 and an acceleration of a trend that began early last year.

The bulk of the sales — almost 159bn pesos — came in fixed-rate bonds, according to BBVA, denting foreign holdings to 55 per cent of the total against 58.5 per cent in February.

Compared with March last year, foreign holdings of shorter-term Treasury certificates almost halved to 15.9 per cent of the total, from 34.6 per cent.

“There’s been a flight to quality,” said Claudia Ceja González, a rates and foreign exchange strategist at BBVA, who noted that the drop came as global investors yanked funds across a range of emerging markets.

Whether outflows continue, as Mexico’s health and economic crisis deepens, depended largely on policymakers, she said, noting that populist president Andrés Manuel López Obrador had shied away from a stimulus programme because of a reluctance to take on debt.

The Bank of Mexico’s next interest rate-setting meeting is not until May 14 but many in the market expect a half-point cut in rates, from 6.5 per cent now, at an extraordinary meeting before then. The peso hit an all-time low of 25.8 to the US dollar earlier this month but was trading at around 23.6 on Tuesday.

“Everyone loved Mexico coming into this year,” said Aaron Gifford, emerging market analyst at T Rowe Price. But when some fund managers needed to raise cash to meet redemption requests last month, Mexico was an obvious choice, he added.

More forced sales could be on the way as Moody’s is widely expected to downgrade Pemex, Mexico’s state oil company, within weeks. It would be the second credit-ratings agency to rate it junk, following Fitch last year. That would mean that institutional investors that are required to hold only investment-grade debt would have to offload. Analysts said many had already done so.

For investors able to hold junk-rated debt, however, Pemex could be a compelling bet, said Till Moewes, credit analyst for Latin America at Schroders. He noted that the company’s bonds performed well last week and were roughly flat since mid-March, “which isn’t too shocking vis-à-vis the very negative sentiment”.

However, he conceded that a downgrade would force Pemex to compete for support in a market increasingly crowded by recently docked companies.

“My concern is . . . the global high-yield market has been swamped with fallen angels, and Pemex might drop into a saturated buyers base,” he said.