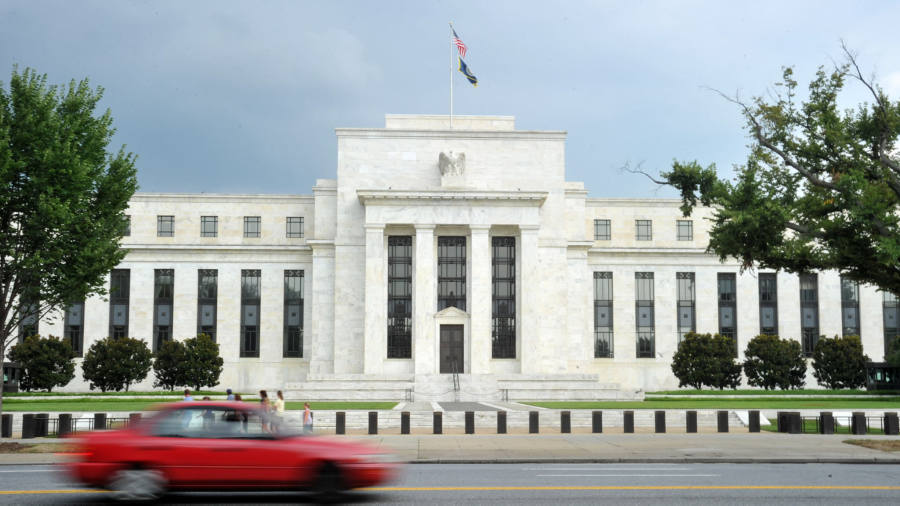 Market measures of inflation expectations in the US and Europe are languishing near record lows, suggesting investors do not expect a slew of extraordinary virus-fighting measures from central bankers to spark a surge in consumer prices.

Following the Federal Reserve’s decision on Monday to scrap caps on the amount of bonds it is ready to buy to alleviate the economic effects of the coronavirus pandemic, widely followed metrics of future inflation rates have edged higher but still sit well below the central bank’s 2 per cent target.

On Tuesday, a swap rate that measures expectations of the average level of US inflation over five years, starting five years from now, rose to 1.49 per cent, having hovered last week around its lowest level since the data series began in 1999, at 1.09 per cent. Another measure of inflation expectations — the 10-year “break-even” rate, which is derived from prices of inflation-protected government securities — climbed from lows of 0.55 per cent to 0.96 per cent.

Meanwhile in Europe, a similar swap rate hit a record low of 0.72 per cent on Monday, down from 1.15 per cent in early March. That drop in inflation expectations came despite the European Central Bank unveiling an additional €750bn of asset purchases and a “no limits” commitment to defend the eurozone last week.

Investors point to the decade of low inflation since the financial crisis as evidence that rock-bottom interest rates, huge asset-purchase programmes and fiscal stimulus does not necessarily lead to runaway consumer prices.

“The lesson from 2008 is that we had a fair amount of fiscal stimulus and monetary stimulus and people thought we were getting hyperinflation, and that clearly didn’t happen,” said Eric Stein, co-director of global income at asset manager Eaton Vance. He added that fears over deflation, too, turned out to be “misguided”, and he sees inflation returning to just below the Fed’s target when the coronavirus outbreak passes.

For Kathy Jones, chief fixed income strategist at brokerage Charles Schwab, the sharp economic slump caused by Covid-19 could weigh more heavily on inflation this time around. “As people look at containment efforts on public health, all people can see is a deep slowdown in the economy and how that will keep inflation low,” she said.

However, some investors caution against reading too much into current market prices when assessing long-term views on where inflation is headed.

Mike Riddell, a portfolio manager at Allianz Global Investors, said central bank asset purchases, as well as a broad-based clamour for safe assets, have pushed investors out of less liquid inflation-linked debt. That has made inflation expectations appear artificially low, he said.

In fact, David Kelly, chief global strategist at JPMorgan Asset Management, warns against investors becoming too complacent with respect to price rises — especially in light of the enormous spending promised by governments around the world to offset the effects of coronavirus.

“This economy is going to come surging back once we have a vaccine, especially with all of the stimulus,” he said. “If you look a few years down the road there is a significant chance of more inflation.”