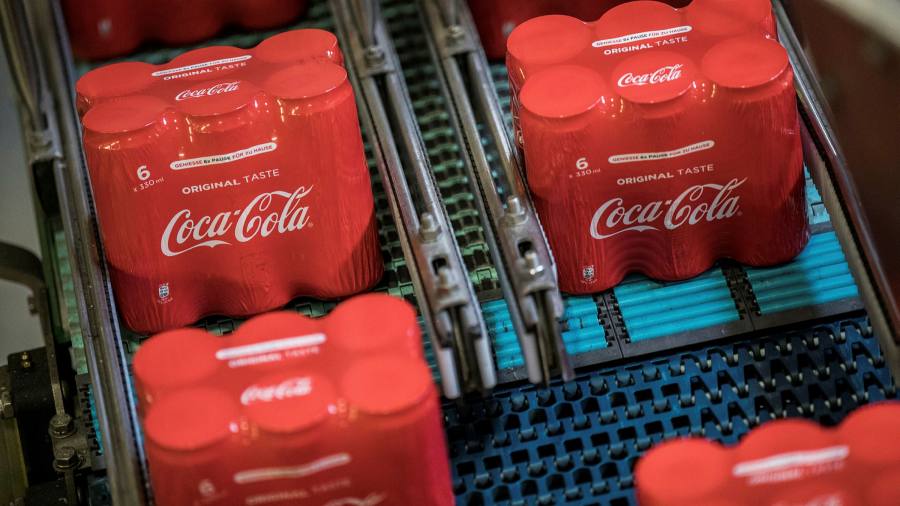 Bonds sold since March by blue-chip US companies including Northrop Grumman, Intel and Coca-Cola have surged in value, as investors scrambled to get hold of the unusually high coupons offered during the most intense phase of the pandemic.

Intel’s $1bn bond maturing in 2060, launched just before the US Federal Reserve announced sweeping measures to support the corporate bond market, has soared to more than 144 cents on the dollar from its sale price of just over 98 cents, according to data from MarketAxess. At the time it was sold the bond was offering a yield of more than 5 per cent — roughly four times better than the longest-maturity US Treasury yield.

Morgan Stanley’s $5.5bn 30-year bond has risen to 148 cents on the dollar since it was issued on March 19 — a point close to the bottom of the coronavirus-induced sell-off in the corporate bond market.

Such returns are similar to those on offer in the equity market, where the benchmark S&P 500 index is up 34 per cent from its March nadir.

“The price moves are shockingly big,” said Matt King, global macro strategist at Citigroup. “But they’re the natural consequence of one of the most abrupt sell-offs ever being followed by easily the most abrupt rally back.”

Bonds — especially highly rated, investment-grade bonds — rarely deliver such rapid returns, as investors typically buy them for steady income rather than price appreciation. Such wild swings are a sign of investors clamouring for the high interest rates that issuers were pushed into paying as the market convulsed.

Longer-dated bonds, which dominate the league table of best-performing issues, are more susceptible to large price movements. But even shorter-dated debt has offered eye-catching returns — including some securities issued by lower-rated companies.

A turning point for the market came on March 23 when the Fed stepped in to support the corporate bond market, going as far as pledging to begin buying companies’ debt to help support prices.

Although the Fed has not yet fully rolled out its bond-buying programme, investors have poured almost $40bn into investment-grade bond funds since the central bank’s announcement, according to data from EPFR Global. That in turn has helped fuel a record amount of bond issuance.

An analysis of $965bn of bonds sold in the US since the beginning of March by the bond-trading platform MarketAxess, carried out for the Financial Times, showed that the debt is now trading at more than $70bn above its face value.

“If you were willing to lend to companies when markets were illiquid and there was a tremendous amount of uncertainty then you’ve been rewarded for that,” said Ashish Shah, head of fixed income at Goldman Sachs Asset Management.

GSAM’s investment-grade credit fund has risen 20 per cent since March 23, lifting year-to-date returns to about 4 per cent, according to data from Morningstar Direct.

Other funds have rebounded. American Funds’ $1.2bn corporate bond fund stands out as one of the best-performing investment-grade corporate bond funds tracked by Morningstar, up 8.8 per cent for the year. At the bleakest point in March it was down 7.5 per cent.

Pimco’s investment-grade credit bond fund, one of the largest of its kind with close to $18bn under management, has bounced back from a year-to-date loss of more than 12 per cent in March to a gain of 1.6 per cent.

Overall, investment-grade credit has returned 15.7 per cent since the Fed’s intervention, according to an index run by Ice Data Services.

Still, a number of analysts say the market has further to run, despite the yield on investment-grade bonds closing in on a record low set at the beginning of this year, according to the Ice index.

Dovish monetary policy is expected to keep interest rates low, meaning that investors have been obliged to venture into riskier corporate bonds to eke out higher returns.

Furthermore, as companies begin to emerge from the downturn caused by the spread of coronavirus, an element of caution and conservative management is likely to set in, said analysts. That means cash is conserved, new bond sales drop off and existing debt is paid down, benefiting investors in the market.

“What you are witnessing is the early stages of a new credit cycle,” said Viktor Hjort, global head of credit strategy at BNP Paribas. “That is when you can get double-digit returns in investment-grade credit.”