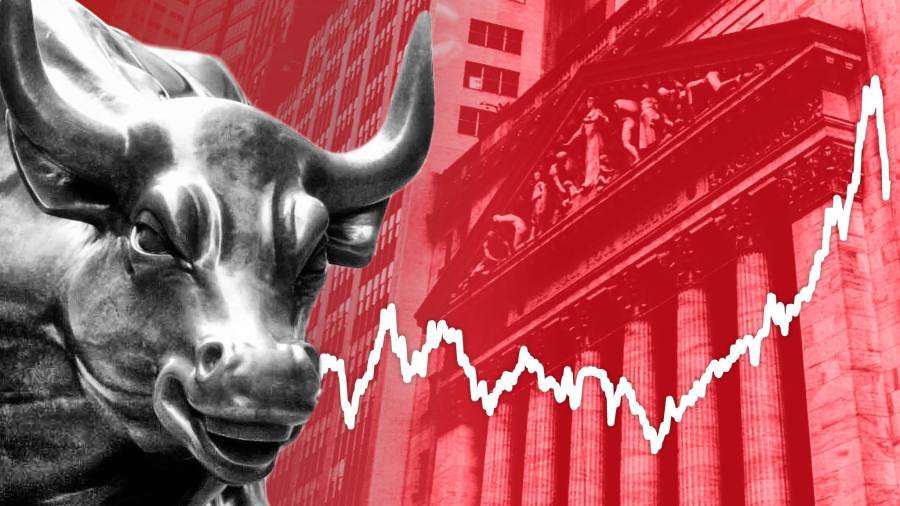 US corporate debt will outperform sovereign bonds over the next 12 months, the world’s biggest asset managers have predicted, as central banks’ aggressive interventions to support Covid-hit economies create a recovery in capital markets.

Investors put the likelihood that investment-grade corporate bonds would outperform Treasuries over the next year at two-thirds, according to a survey by Absolute Strategy Research. That is the most bullish response to the question since 2016. The findings, which are weighted according to conviction, are based on a survey of more than 200 managers with a combined $20tn in assets.

The probability that riskier, high-yield corporate bonds will outperform that top-rated debt came in at 55 per cent, indicating confidence among the investors that weaker companies would also weather the Covid-19 crisis intact. At the same time, the poll put the chance of a global recession in the next 12 months at 81 per cent, its highest-ever reading.

“What surprised me is how optimistic the survey is: there’s no real anxiety here,” said David Bowers, ASR’s head of research. “These people have no doubt that credit is where they want to be.”

Central banks have launched unprecedented stimulus packages since the virus upended economies and markets earlier this year. The European Central Bank made a “no limits” commitment in March to defend the eurozone, while launching a vast bond-buying programme. The US Federal Reserve promised to inject trillions of dollars into the markets, including a pledge to buy corporate — including junk-rated — bonds for the first time ever.

The survey suggests investors are confident that such moves were creating a recovery in credit markets and would prevent a wave of defaults, despite persistent uncertainties about the economic effects of the virus over the longer term. “The Fed looks like it has convinced investors that this is an illiquidity crisis rather than an insolvency crisis,” said ASR.

The survey also predicted that business confidence would increase over the course of the year, that the US unemployment rate would fall and that 10-year and two-year Treasury yields — which had hit record lows in recent months as their prices surged — would be higher in 12 months’ time as investors moved out of haven assets.

It also put a 64 per cent chance on global stock returns beating bond returns over the year, a level that is broadly the same as it was before virus lockdowns sent markets plunging in March.

Although ASR surveys in 2018 and 2019 had indicated rising concerns about the build-up of corporate debt, and that the next recession might reveal vulnerabilities in even top-rated debt, these worries have receded, said Mr Bower. “What we didn’t bank on was the Fed coming in . . . and being prepared to buy corporate credit.”

But it is “too soon to sound the all-clear”, he added. “What the Fed can’t do is prevent there being a collapse in earnings, and [it] can’t prevent companies going bust.”