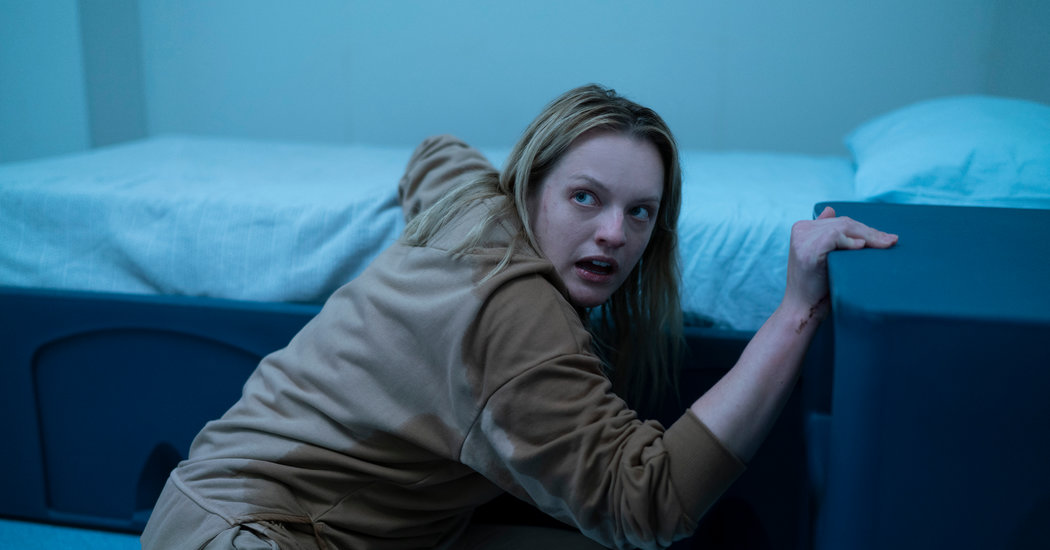 LOS ANGELES — As it turns out, old monsters can perform new tricks: After stumbling with “The Mummy” in 2017, Universal Pictures shifted strategies and succeeded over the weekend in rebooting “The Invisible Man,” which was No. 1 at theaters in the United States and Canada.

“The Invisible Man,” an H.G. Wells horror concept that first played on movie screens 87 years ago, sold an impressive $29 million in tickets, according to Comscore, which compiles box office data. The R-rated film, directed and written by Leigh Whannell (“Saw”), finds Elisabeth Moss contending with an abusive husband who terrorizes her after presumably faking his death. It cost $8 million to make.

Blumhouse, the Universal-affiliated horror factory behind the blockbuster series “The Purge,” “Insidious” and “Paranormal Activity,” produced “The Invisible Man,” which got uncommonly good reviews (for the horror genre) from critics. About 90 percent of appraisals were positive, according to Rotten Tomatoes. The size of the budget was important: Low costs allowed Blumhouse to take risks with the classic material, something that analysts said helped the film break through. “The Invisible Man” took in an additional $20.2 million in 47 foreign markets over the weekend, according to Universal.

“This is a strong opening, well above Blumhouse’s average when launching a series,” David A. Gross, who runs Franchise Entertainment Research, said in an email on Sunday. He estimated that domestic ticket sales for “The Invisible Man” would easily top $80 million.

A lot was riding on the film’s reception. Horror has been one of Hollywood’s most reliable genres over the last decade, as streaming services have made comedies and adult dramas more difficult propositions. But audiences seem to be getting pickier about their scares, recently spurning “Black Christmas” (Universal-Blumhouse), “Doctor Sleep” (Warner Bros.) and “The Turning” (Universal-Amblin).

Universal badly needed “The Invisible Man” to succeed — if only to prove to its corporate owner, Comcast, that it had a new plan to put its classic monsters back to work. Elizabeth Banks is working on an unrelated “Invisible Woman” film for the studio. Universal also has projects in the works related to Dracula, Frankenstein, Bride of Frankenstein, Creature of the Black Lagoon and Wolf Man, among others.

And Hollywood was watching turnout for “The Invisible Man” to see if Americans were starting to avoid theaters as fears mounted about the spreading coronavirus. It appeared not.