IPO ‘roadshows’ from home cause bankers to question the old ways 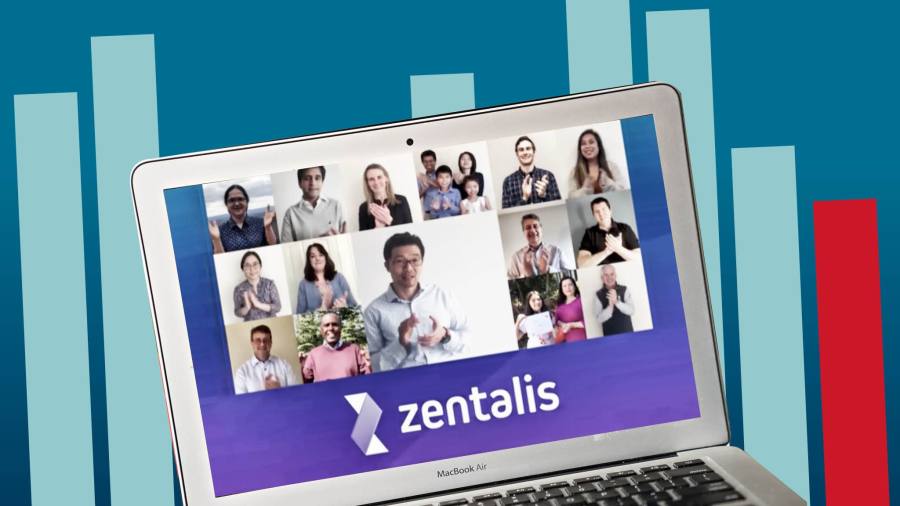 Anthony Sun carried out the preparation for his stock market listing last month from his children’s bedroom, sleeping in their bunk bed and emerging only to use the bathroom and collect the food his wife left outside the door.

“I told my family I was going to be physically gone for four days,” said Mr Sun, chief executive of Zentalis Pharmaceuticals.

The intense burst of video calls with prospective investors resulted in the New York-based company raising $190m and valuing Zentalis at $800m, the very top of its target range.

A number of initial public offerings during coronavirus lockdowns have done strikingly well despite executives being unable to do what they normally do, and present to roomfuls of investors at big financial centres around the world. This has raised questions about whether the schmoozing and gruelling travel of the traditional IPO “roadshow” is really necessary, and whether the rigmarole will return after the pandemic.

“Because of Covid, all prior norms have been shattered,” said Mr Sun. “The expectation was you had to meet people in person, and it had to take weeks, and now people are asking ‘why?’ This is an opportunity to do it in a brand new way.”

The lack of a physical roadshow did not deter coffee business JDE Peet’s from pursuing an IPO this month. “You don’t get to shake someone’s hand and look them in the eye, but you do get to speak to a lot more people. That’s a trade-off that people like,” said Andreas Bernstorff, head of equity capital markets at BNP Paribas, one of three lead banks on the deal.

“There is a king-making apparatus to a traditional IPO — the level of deference to you, the number of people courting you, primping you, fluffing you,” he said. “The ceremony and the ritual — that part is toxic.”

Companies tend to spend in the range of $50,000 to $100,000 on an IPO roadshow. That is a small sum in the context of the total banking fees, which are about 3 per cent of the money raised during IPO — but still a heady sum for companies accustomed to controlling costs.

Mr Kelman remembers calling the bankers who arranged his roadshow in a rage when he was checked into a Ritz-Carlton on the first night. “I was sweating every cost,” he said.

Companies that have gone public more recently have outlined a host of benefits to moving their roadshows online.

“We got to do targeted in-person meetings with people all over the world,” said Odd Sverre Ostlie, chief executive of Pexip, the Nordic videoconferencing company that went public earlier this month.

Mr Ostlie said that 100 per cent of the people he had one-on-one video meetings with became investors. The company saved 1,720 hours of travel and 8,199 tons of CO2 in the process, he added.

Some executives and investors have had fun along the way — bringing their babies into investor calls, using virtual backdrops of palm beaches or placing a large stuffed lion in shot, said Robert Brownell, director at Hauck & Aufhäuser, a Frankfurt-based bank that is running an ongoing IPO for Exasol, a German tech company.

But others found that trying to woo investors over video is not always easy.

A banker running the IPO for a software company said that tech problems dogged the early stages of the roadshow. One big investor sitting on billions of dollars of potential investment forgot he was on video several times and kept putting the phone to his head, displaying the inner contours of his ear.

Nordic renewable energy company Cloudberry was also dismayed at having to move its roadshow online in late March. Executives had planned a trip to meet investors around Scandinavia.

“If you’re the new kid on the block, not being able to meet people face to face makes a real difference,” said Anders Lendborg, the company’s chief executive. The company ultimately raised all the capital it needed — almost entirely from Norwegian investors.

Despite these snags, some are questioning whether the financial and logistical benefits of virtual marketing will forever change the traditional roadshow.

Gareth McCartney, global head of equity syndicate at UBS, said IPO roadshows would probably emerge as a hybrid of the glitzy productions of the past, and a series of efficient video meetings. “There’s no doubt that you could look back in hindsight and say running around 15 countries in 15 days . . . seems a bit crazy,” he said.

Others say that face-to-face meetings are likely to remain particularly desirable for IPOs that revolve around a key founder character, or if the company is trying to nail down a cornerstone investor.

Fund managers “want to see the CEO’s face, those little characteristics”, said Mr Brownell. “Over Zoom you can have great chemistry but it’s not the same.”