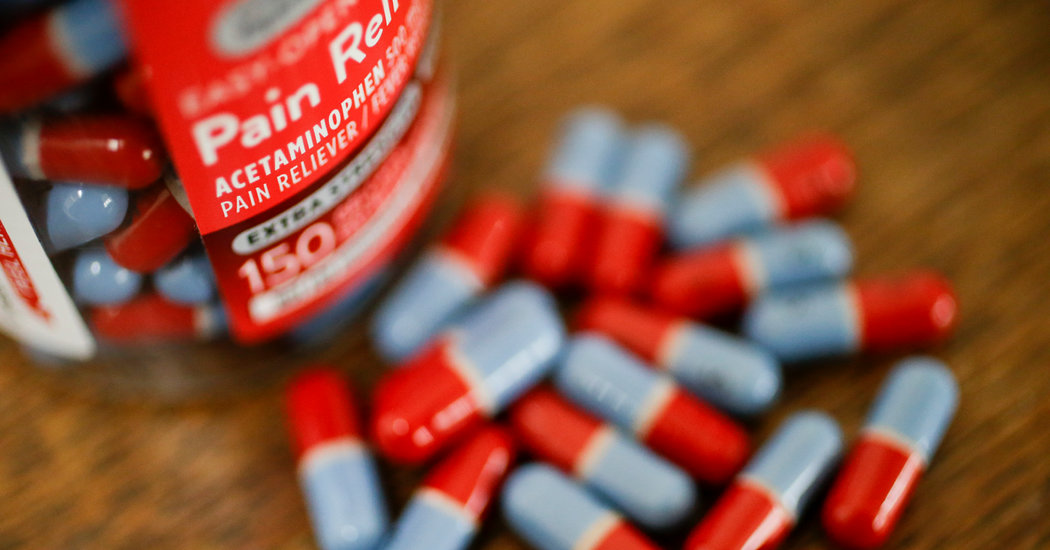 The health minister of France, Olivier Véran, has issued a blunt warning about painkillers taken by people ill with the coronavirus: Stay away from drugs like ibuprofen and aspirin.

Take acetaminophen instead, he advised in a tweet on Saturday. So-called nonsteroidal anti-inflammatories like ibuprofen worsened symptoms of the illness caused by the coronavirus, he said.

The advice left many medical experts scratching their heads. The coronavirus is a new pathogen, and little is known about the disease it causes, called Covid-19, or how patients respond to common medications.

Dr. Véran’s warning followed a letter published in The Lancet this month. The letter’s authors proposed that certain drugs increase the number of so-called ACE2 receptors on the surfaces of cells.

The coronavirus uses these receptors to infect cells, the authors noted, and so in theory patients taking the drugs might be more vulnerable to the virus. One of the drugs was ibuprofen.

But there was no research to back up the contention. “No data,” said Dr. Michele Barry, director of the Center for Innovation in Global Health at Stanford University. There is no reason to think that infected patients should avoid temporary use of ibuprofen, she added.

“It’s all anecdote, and fake news off the anecdotes,” said Dr. Garret FitzGerald, chair of the department of pharmacology at the Perelman School of Medicine at the University of Pennsylvania. “That’s the world we are living in.”

“Until there is evidence, there is no reason at all to be issuing public health guidance” about Nsaids and the coronavirus, he added.

There are reasons to worry about long-term, heavy use of Nsaids, which have been linked an increased risk of kidney damage in some patients. People taking blood thinners also should avoid Nsaids.

But for infectious disease specialists, the greater concern is that when Nsaids and acetaminophen reduce fever, patients may be more comfortable but their lower temperatures can short-circuit the body’s main defense against infection.

Studies have found that if people infected with a variety of viruses and other microorganisms bring their fevers down, with Nsaids or with acetaminophen, their symptoms may last longer and they continue to shed virus for a longer time — meaning they may be contagious for longer periods.

“Everything that walks, flies, crawls or swims on the face of this earth makes fever,” said Dr. Paul Offit, an infectious disease expert at the University of Pennsylvania and Children’s Hospital of Philadelphia. Even lizards, he added, which crawl to the top of rocks and sun themselves when they are ill to bring their temperatures up.

The immune system works better when the body’s temperature is higher, enabling it to more efficiently kill viruses and bacteria. Dozens of studies — in animals, reptiles and humans — have found that fever is beneficial in fighting infections.

But there is a trade-off. For every 1 degree centigrade that the body’s temperature rises, the metabolic rate increases by 12 percent. “We don’t want to pay that metabolic price when we don’t have to, so we only make a higher temperature when we need it,” Dr. Offit said.

A very high temperature, edging toward 104 degrees Fahrenheit, is not good for babies, pregnant women or people with cardiovascular disease. And everyone with a fever that high feels miserable.

But taking a drug to reduce fever can lead to longer periods when people are infectious with viral infections, like the flu and or infections with other microorganisms, said Dr. Myron M. Levine, associate dean for global health, vaccinology and infectious diseases at the University of Maryland School of Medicine.

There is at least a theoretical danger the fever-reducers — including acetaminophen — may have a similar effect in patients ill with the coronavirus. Although there is no research yet, “my personal gut feeling,” Dr. Levin said, is that it might be reasonable for a person infected with the coronavirus to avoid both kinds of painkillers.

A drug like acetaminophen or ibuprofen can bring a fever down, but you don’t want to keep taking it constantly, said Dr. Marguerite Neill, an infectious disease expert at Brown University. Let the fever do its job.

“A single dose of an Nsaid when the temperature is 103 or 104 in an adult who has the flu — I’m not saying that’s wrong,” Dr. Neill said. “But don’t keep pumping it in if the fever is lower.”

She quoted an 18th-century English physician, Dr. Thomas Sydenham: “Fever is nature’s engine which she brings to the battlefield to vanquish her enemies.”