It takes thousands of government workers to compile the jobs report. Here’s how they’re doing it from home 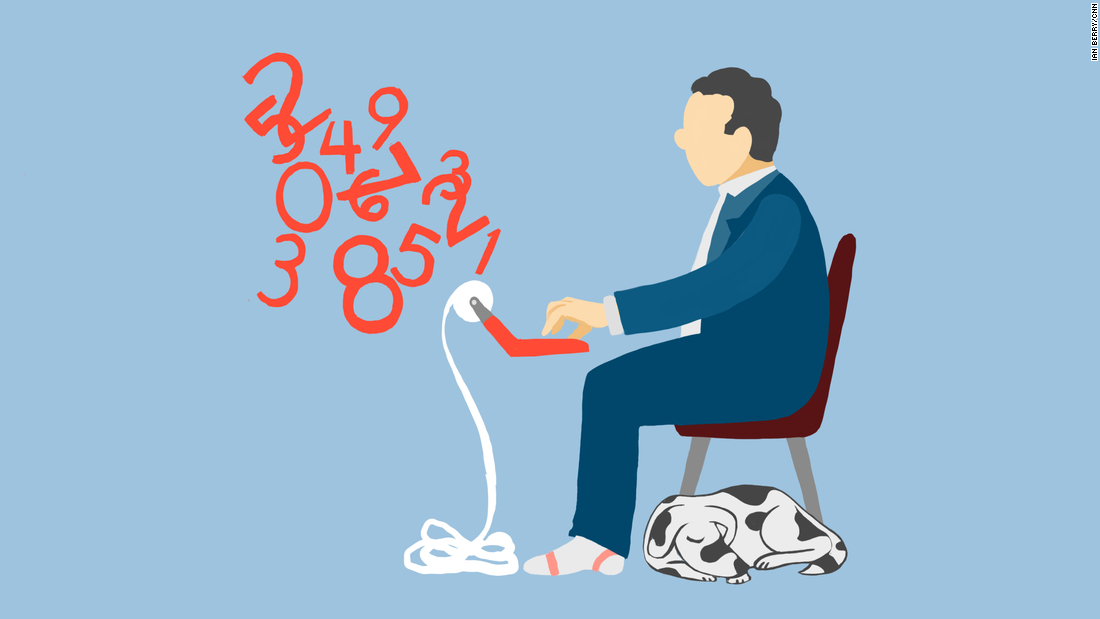 But in March and April, the data collectors couldn’t go into work.

At a time when reliable economic statistics are of the utmost importance, the BLS closed the call centers to comply with stay-at-home orders during the coronavirus pandemic. The agency scrambled to find old laptops and missing power cords from storage rooms in government buildings, update software systems and procure cell phones to enable data collectors to work from home.

It’s not only the call center contractors who have been impacted. Just like other office workers throughout the country, the government’s massive staff of data collectors and statisticians have been grappling with adjustments to the telework lifestyle. They’re dealing with tech challenges and the sudden lack of childcare for their kids — all while tasked with maintaining rigorous standards for accuracy and reliability.

Some, like the call center employees, were not set up to telework — and although fallback plans were in place in case a center had to be evacuated, those plans had never imagined a scenario like a global pandemic.

“Previous to this, we were more concerned about weather-related events like hurricanes,” said Julie Hatch Maxfield, the BLS associate commissioner overseeing BLS statistics on employment and unemployment. “None of our emergency planning to this point was with all four centers down at the same time. I’m very proud at how the staff has rallied.”

Altogether, it takes thousands of workers to put together the jobs report. They include data collectors who make phone calls to employers, BLS statisticians and IT personnel, as well as field representatives and interviewers from the Census Bureau, who reach out to American households to collect demographic data.

The first of those — called the payrolls survey — is expected to show the US economy lost 21.5 million jobs in April, according to economists polled by Refinitiv. Those record-breaking job losses would be so severe, they would wipe out nearly 10 years of job gains in just a single month.

The second part of the report — the population survey — comes from data collected by the Census Bureau. Economists expect that survey to show the unemployment rate surged to 16.1% in April — marking the highest level of joblessness since the Great Depression.

To be the bearer of that kind of historic news is a huge responsibility — and one that’s not lost on Hatch Maxfield and her team.

“We’re pointing out very valuable information, and in this time, when people want instantaneous metrics — they wanted it yesterday — there’s really something to be said about the work, the carefulness and the thoughtfulness that goes into these statistics,” she said.

A rush on power cords

For the establishment survey, about a fifth of the data usually comes from phone calls from the four regional call centers. Other methods include electronic data transfers between large employers and the BLS, a web reporting system, an automated phone system, and even faxes.

In March, when the BLS had to shut down the call centers, it moved quickly to keep its data-collection operations up and running. The agency sent emails to employers, urging them to report their data online. Meanwhile, BLS personnel in the agency’s Washington headquarters scoured the building for old laptops — computers that were four or five years old and still usable but had been pulled out of service.

Administrative and IT employees “worked around the clock”, Hatch Maxfield said, to wipe the hard drives clean, update the software, package and ship them out to data collectors at their homes. Because the laptops were old and in surplus storage, many were missing power cords. BLS reached out to computer manufacturers and government-approved vendors, and found sometimes vendors didn’t have enough inventory.

“We weren’t the only people scrambling to get laptops out — a lot of companies were, so there was a rush on power cords,” Hatch Maxfield said.

By the end of March, BLS had about 150 of its data collectors up-and-running from their homes. Now, BLS is shipping out about 25 laptops a week, and Hatch Maxfield says she expects that by the end of May, all the interviewers who want to work from home will be equipped to do so.

Full-time BLS employees were better equipped: They already had government-issued laptops and cell phones. They use Microsoft Teams for meetings, and stay in touch via email. They have to take security precautions, however, to protect private information. Nothing that’s related to the embargoed information in the jobs report can be sent over email, for example.

“Security is paramount for us, so we are very careful of what we do on platforms like that,” Hatch Maxfield said.

Then of course there’s another major logistical challenge that staff who are parents have had to deal with: closed schools and a lack of childcare. “BLS employees are very dedicated,” Hatch Maxfield said, and some are working swing shifts, logging on at 6 am or staying on late until 8 pm, to accommodate their day-to-day lives. But as a team, they’ve still been able to manage the workload.

At the same time BLS was scrambling to send laptops to its contractors, Hatch Maxfield, who oversees around 300 federal staff members, and her husband were also coordinating online schooling for their 11-year-old daughter and 9-year-old son. “It was a lot of logistics. All of us are on the network, the kids are trying to stream. It was an adjustment, really, and in terms of management, we’re trying to be compassionate and as flexible as possible. I think it’s worked.”

Like BLS, the Census Bureau also had to make adjustments to its workflow. The population survey relies far more heavily on telephone interviews than the survey of employers. In March, it shut down its call centers in Tucson, Arizona, and Jeffersonville, Indiana, and now, it’s working to get laptops to those employees so they can do their jobs from home. About 225 employees (a mix of part-time and full-time interviewers) who usually work from those call centers have not been able to do their jobs since March 20, said Lisa Clement, director for the Current Population Survey for the US Census Bureau.

In the meantime, the Census Bureau has been relying on its 2,700 field representatives to conduct all interviews. Prior to the pandemic, they had already worked from home or in the field and were equipped with laptops. Previously, they would have made in-person visits to some households, but they’re now relying exclusively on phone interviews. No part of the survey is conducted online.

Clement said field representatives have been able to manage the increase in cases in part because they are no longer spending time driving to in-person visits.

“There is no gap due to lower staff numbers,” she said, noting, however, that households that do not have a telephone number on file cannot be interviewed.

She described the staff as “dedicated” to their mission, even as their work procedures have changed.

“Current information on the labor market and economy is necessary to guide decision making, and our field staff is committed to collecting this data,” she said.

Overall, these efforts by BLS and Census meant that in March, they were still able to collect enough data to meet their standards for accuracy — but response rates were, nevertheless, lower than usual because of “pandemic-related issues,” BLS said.
The response rate for the household survey was 73% in March, about 10 percentage points lower than in prior months, and for the establishment survey, it was 66%, about 9 percentage points lower than average. For the payrolls data, which is updated in subsequent months, a lower response rate can mean there’s a greater chance of a large revision in the future.
Going forward, Hatch Maxfield said BLS will continue to be transparent about the response rates and any aberrations in the data. Along with last month’s report, BLS released an 11-page FAQ including a note acknowledging that some workers may have been misclassified as “employed but absent from work,” when they should have been counted as “unemployed on temporary layoff.” That error could have underestimated the unemployment rate. “Whatever happens, we will be transparent again in April,” Hatch Maxfield said.

For now, the staff is busy gearing up for what could be the most historic of its reports, to be released this Friday. It will be historic both because of the terribleness of the numbers — and also the way it was put together.

“The fact that we’re all working home remotely is amazing,” Hatch Maxfield said. “Our release schedules aren’t slipping — the quality is still there. All the foundations that BLS believes in are still true today as they were two months ago.”