It Took a Pandemic, but 7-Eleven in Japan Is Letting Stores Take a Break 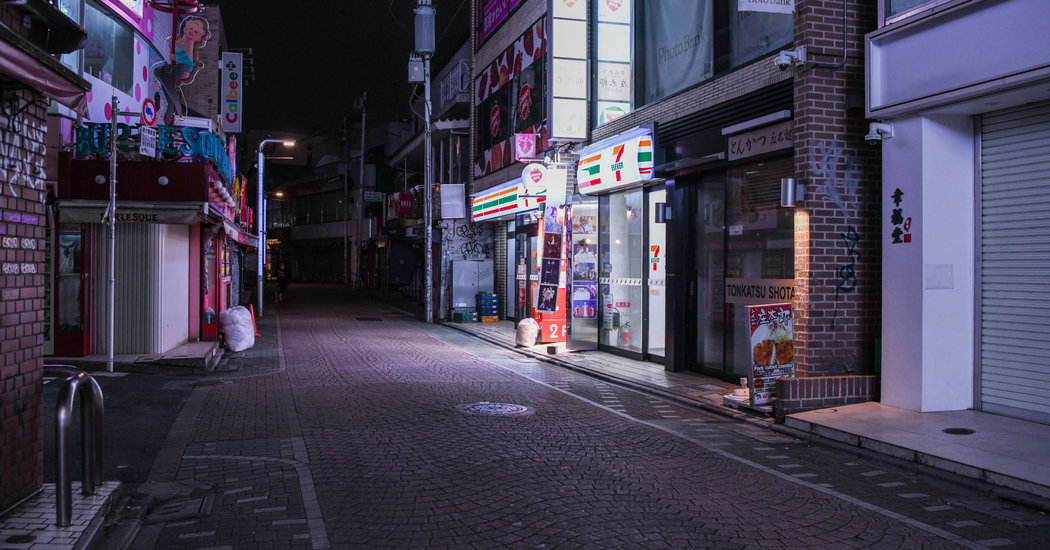 TOKYO — On April 14 in a residential neighborhood of Kawasaki, Japan, Takehiro Shimada did the unthinkable. He turned off the lights and locked the doors of the 7-Eleven he has owned and operated for over 20 years.

As recently as January, the decision would have seemed like a radical act of defiance against one of the country’s most powerful and ubiquitous companies and its longstanding commitment to 24-hours-a-day, seven-days-a-week operations.

But when Mr. Shimada, 54, closed his shop to wait out the coronavirus outbreak, he became the first of a growing number of 7-Eleven franchisees across Japan to do so with the company’s quiet blessing.

A deadly contagion has done what a chorus of pleas from owners could not: forced the company that controls the 7-Eleven chain, Seven & I Holdings, to exempt some of its locations from policies it has spent years fiercely defending.

It is a relief for store owners who were already putting in grueling hours for meager returns before the virus struck and have since watched business dry up as Japan’s workers sheltered at home under a state of emergency.

“This is the chance for people to shorten their hours,” Mr. Shimada said during a recent video call from his crowded stockroom. “The emergency declaration is the reason, the best possible reason.”

As Japan moved last week to lift that declaration across much of the country, however, some franchisees were wondering if the change of heart would outlast the pandemic.

Allowing an owner to close shop for a few hours in the dead of night or during a national holiday might not seem like a big deal. But 7-Eleven, so omnipresent in Japan that it is considered part of the national infrastructure, believes that consistent service across all of the country’s 21,000 locations is crucial to the brand’s value. Like many franchises, it has strict expectations for everything from shops’ layout to how employees dress and greet customers.

In December, the company severed the contract of one owner, Mitoshi Matsumoto, after he decided to close his shop in the Osaka area on New Year’s Day, Japan’s most important holiday. 7-Eleven has said the decision was in response to the high number of complaints registered by customers against Mr. Matsumoto. The matter is now the subject of competing lawsuits.

Even during the pandemic, 7-Eleven has seemed to bend its rules only reluctantly.

In late March, as the virus spread and Mr. Shimada, the owner in Kawasaki, began to worry about the risks to his store and its employees, he pressed the company to let him temporarily shut down. He had closed his doors only once before, during a two-week renovation.

At first, Mr. Shimada said, management did not respond. At the same time, though, it was taking a very different position toward its own employees, advising commuters to its corporate headquarters in Tokyo to stay home and telling managers to reduce visits to stores. It allowed some locations in train stations to close.

When Mr. Shimada, who has spent nearly his whole tenure with the company fighting for more control over his store’s operations, pointed out what he saw as a double standard, the company quickly relented.

Since then, 7-Eleven has started giving owners a “pretty substantial amount of freedom,” said Takanori Sakai, the head of a small union representing convenience store owners.

“The stores that want to are for the most part shortening their hours,” said Mr. Sakai, who owns a Family Mart, part of a rival chain, in Hyogo Prefecture, west of Kyoto.

“Nothing like this has happened before,” he said, adding that “when the pandemic is over, there will be an opportunity to make this the standard.”

As of Sunday, 7-Eleven said it had closed 236 locations across the country. It declined to say how many stores had shortened their hours, an indication of the issue’s continued sensitivity.

The company also declined to comment about Mr. Shimada. About the store closings, it said: “Current closures or changes to operating hours related to the virus are temporary measures on an individual basis.”

In theory, franchisees have the right to choose their own hours, but owners say that pressure from management, restrictive conditions and punitive incentive structures keep them from exercising the option.

Many stores have carried on business as usual. In Tokyo’s once bustling business districts — where another chain, Lawson, has reported a 70 percent drop in sales — 7-Eleven’s signs continue burning late into the night.

Complaints about long hours are not limited to 7-Eleven, but the company, which has been controlled by a Japanese firm since 1991 and accounts for nearly 40 percent of the 55,000 convenience stores nationwide, sets the tone for the whole industry.

The country has closely watched as franchisees — who operate the vast majority of the company’s stores — have put pressure on 7-Eleven through media campaigns and political rallies, arguing that they need more latitude in making financial decisions to ensure their businesses can remain profitable.

Long before the coronavirus hit, margins were thinning and costs were rising at many 7-Eleven locations, as competition for labor in Japan’s aging and shrinking work force increased and convenience store chains rapidly opened new locations as part of a pyrrhic struggle for contracting market share.

Trapped in a cycle of diminishing returns, 7-Eleven franchisees argued that the policy of never closing their doors, born in an era of go-go economic expansion, no longer made financial sense as the country’s growth slows and its population dwindles.

Mr. Shimada and other maverick owners say the company’s insistence on round-the-clock operations is one of several business practices that squeeze franchisees for profit while making them bear a disproportionately large share of the costs of running their shops.

They argue that the policies, such as pressuring owners to overstock perishable goods, which they buy directly from the company, and charging them large penalties for quitting their franchise contract, can push stores into a debt trap.

The complaints led the Japanese government to move to open an inquiry last summer into the industry’s business practices. Around the same time, after months of pressure, 7-Eleven allowed Mr. Shimada and other owners to join a pilot program to test how stores would perform under shortened hours.

In an interim report to the government issued at the end of April, 7-Eleven said it had allowed a small fraction of its franchisees, 234 locations, to shorten their hours under the program. Those owners had to forfeit 2 percent of their profits to do so.

The company’s tolerance of closures has been one of the few silver linings for owners during the pandemic, which has added to the intense pressure on many of their businesses.

Sales of sandwiches and rice balls have dropped precipitously as people have stopped commuting, said Toshiro Masuda, who has spent decades running a profitable location in the Tokyo suburb of Hachioji.

Mr. Masuda, 71, an artist and self-described former student radical, has long been a vocal, if amiable, critic of 7-Eleven, frankly discussing the company’s flaws in media appearances and bringing college friends from his elite alma mater, Waseda University, to hector management at annual shareholder meetings.

Since the emergency declaration, he said, fewer people are dropping in for an early coffee or a pack of cigarettes on their way home from a night out. Business in the early hours has almost stopped.

“Initially, I thought I would shorten my hours, but my part-timers asked me to stay open,” he said, adding that he had continued to keep his regular hours, despite the economic pressure, to ensure they got a paycheck.

The virus has placed other financial burdens on owners. While 7-Eleven has provided some masks and protective equipment, many owners have purchased additional gear like gloves and goggles at their own expense, and installed plastic barriers to protect their employees and themselves from the pathogen.

Since March, at least 32 7-Elevens across the country have closed for periods ranging from a few days to nearly a month after employees contracted the virus.

The financial burdens of the closings fall mostly on the franchisees. Replacing spoiled food alone can cost $3,000 or $4,000 — equal to a few weeks of earnings for some 7-Elevens. And after stores reopen, customers are often hesitant to enter the site of a known infection.

The convenience store chain has taken modest steps to compensate owners and their employees. Last month, the company offered each store a one-time payment of about $930 and said it would give employees prepaid cards that could be used to buy groceries and other necessities.

Last Wednesday, it announced that it would extend interest-free loans of about $4,700 to owners and make an additional $930 available to those whose sales have dropped 10 percent or more.

Mr. Yoshimura, who owns a 7-Eleven in central Tokyo, said the company was “putting on one Band-Aid after another, but the result is that those stores will ultimately go under.”

“Basically, nothing gets resolved,” he said.

Owners who have taken advantage of the company’s new lenience are not convinced it will last.

Mr. Shimada reopened his store on Friday, although he plans to maintain reduced operating hours.

What happens next, he believes, depends on the owners. Many are afraid of the company, he said, but “they should speak up.”

“Owners are working until they die or go bankrupt,” he said. “Now is the time for change.”