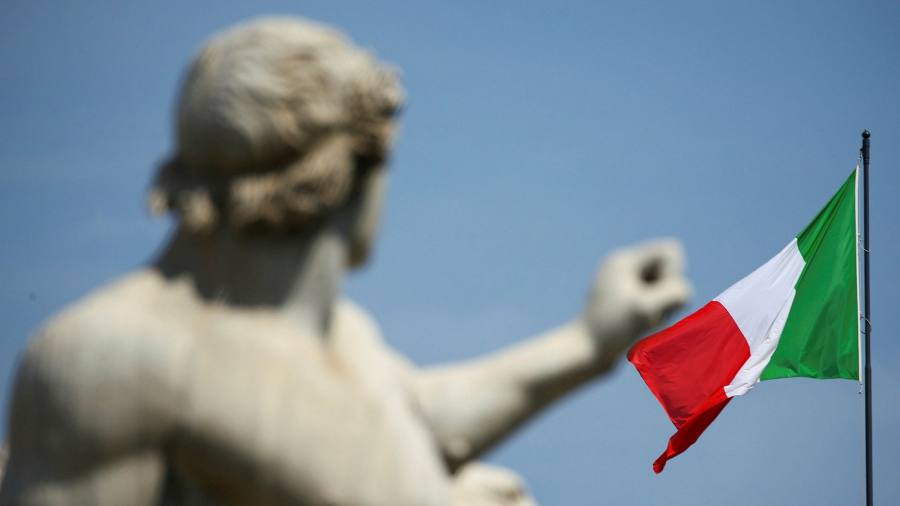 Italian government bonds rallied on news of EU plans for a new joint €750bn response to the coronavirus crisis, helping the country’s debt to narrow the gap with its German benchmark.

The gap between the yield on Italian and German 10-year bonds, which shows the premium traders are demanding to buy Italian debt, fell as low as 1.85 percentage points on Thursday, its lowest level since late March.

The yield on Italian 10-year debt has also fallen more than 0.4 percentage points, to 1.4 per cent, in the past two weeks, according to data from Tradeweb. The yields on 10-year bonds for other southern European countries, including Spain and Portugal, have also dropped to their lowest levels since March. Yields fall when prices rise.

Italian government bonds have proven to be particularly vulnerable in the past two months, sinking at times due to the extra debt the country is taking on to tackle the coronavirus crisis and by doubts over the willingness of the EU and eurozone to share the financial burden stemming from the pandemic.

But the new EU plan has been well received. “The European Commission delivered, and it delivered big. It was therefore unsurprising to see the exceptional performance of peripheral bond markets in the euro area,” said analysts at UniCredit.

Italy, along with Spain, is expected to be one of the largest recipients of funds from the plan. However, the scheme still needs assent from the EU’s member states.

Italy already had one of the world’s largest piles of public debt, relative to the size of its economy, before the virus struck. Total borrowings are expected to rise to about 155 per cent of gross domestic product this year, according to credit rating agency Fitch, from 134 per cent last year.

A large portion of Italian sovereign bonds are held by domestic banks and retail investors, which makes the fortunes of the country’s economy and banks more correlated than those of its neighbours.

A rise in borrowing costs for Italian government debt raises fears among investors that the problems could spill out to the rest of the eurozone. As Italy spent heavily to protect its economy, the difference between yields on German and Italian bonds reached as much as 2.77 percentage points in mid-April.

Since then, investors’ optimism has also been boosted by the European Central Bank, which is expected to buy much of Italy’s sovereign debt this year through its Pandemic Emergency Purchase Programme.

However, analysts are sceptical that the spread between Germany and Italy can narrow further. “While this burst of optimism in [Italian government bond] spreads is understandable, we are sceptical this can continue on a sustained basis without fresh impetus that, at a minimum, should reduce the odds of a rating downgrade,” Rohan Khanna, a strategist at UBS, wrote in a research note this week.

One alternative for the Italian government is a credit line offered by the European Stability Mechanism, in which countries can tap aid worth as much as 2 per cent of their GDP to spend on direct and indirect healthcare costs.

The move would potentially lower debt interest payments by several billions of euros. However, the ESM is controversial in Italy and the Eurosceptic opposition led by Matteo Salvini has dubbed the aid an “attack” on national sovereignty.