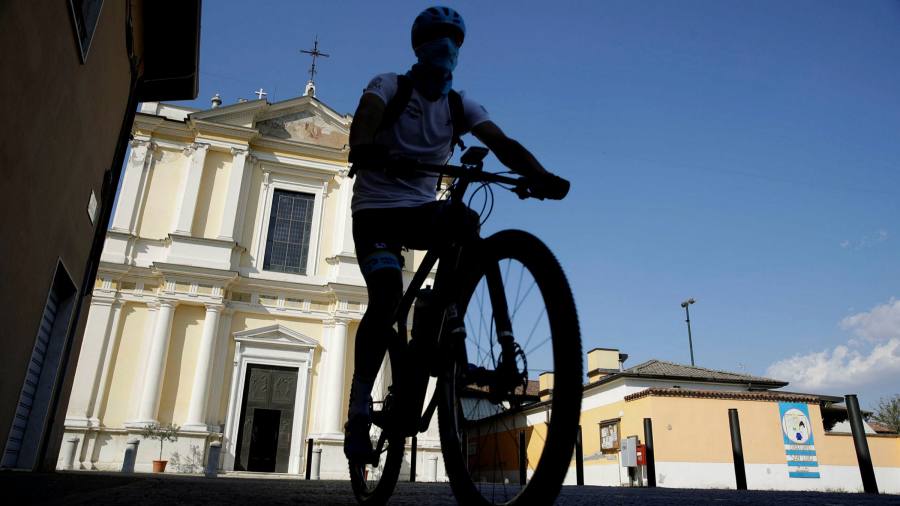 Italy’s government is turning to ordinary savers to help raise the funds to pay for its response to the coronavirus crisis.

The country’s Treasury said on Thursday it would launch a new bond next month aimed at retail investors, with the proceeds earmarked for health spending and measures to shield the economy from the impact of the pandemic.

The new “BTP Italia” bond will offer interest payments tied to Italy’s inflation rates and be sold in maturities ranging from four to eight years.

Italy already has one of the world’s largest piles of public debt, and has previously tapped its own vast pool of domestic savings to fund government spending. BTP Italia were first sold during the eurozone debt crisis in 2012 as international investors fled Italy’s bond market. They have since become a regular fixture, with new issues roughly every six months.

The most recent issue in October last year raised €6.76bn. The new bond, to be launched on May 18, comes at a time when Italy is ramping up borrowing. The country’s budget deficit will rise to about 10 per cent of gross domestic product this year from a target at the start of the year of 2.2 per cent, Reuters reported on Thursday. Analysts expect Italy’s debt to surpass 150 per cent of GDP, up from 134 per cent last year.

Retail investors will have three days to subscribe to the bonds before the offer is extended to institutional investors. Savers will be able to sign up online, to avoid trips to bank branches and post offices. “[This] is an opportunity that has always been characteristic of BTP Italia and which is particularly useful today due to the current emergency,” the finance ministry said.

Italy’s borrowing costs have climbed in recent weeks as investors worry about the sustainability of its debts. The country’s 10-year bond yield climbed to a one-month high above 1.8 per cent earlier this week after eurozone leaders failed to agree on a way to pool risk between members. A group of countries including Italy had been pushing for “corona bonds” jointly backed by all eurozone countries, but Germany and the Netherlands said they would prefer to see relief efforts channelled through the eurozone’s bailout fund.

The rise in Italian yields has come in spite of massive bond purchases by the European Central Bank under its €750bn pandemic emergency purchase programme launched last month.