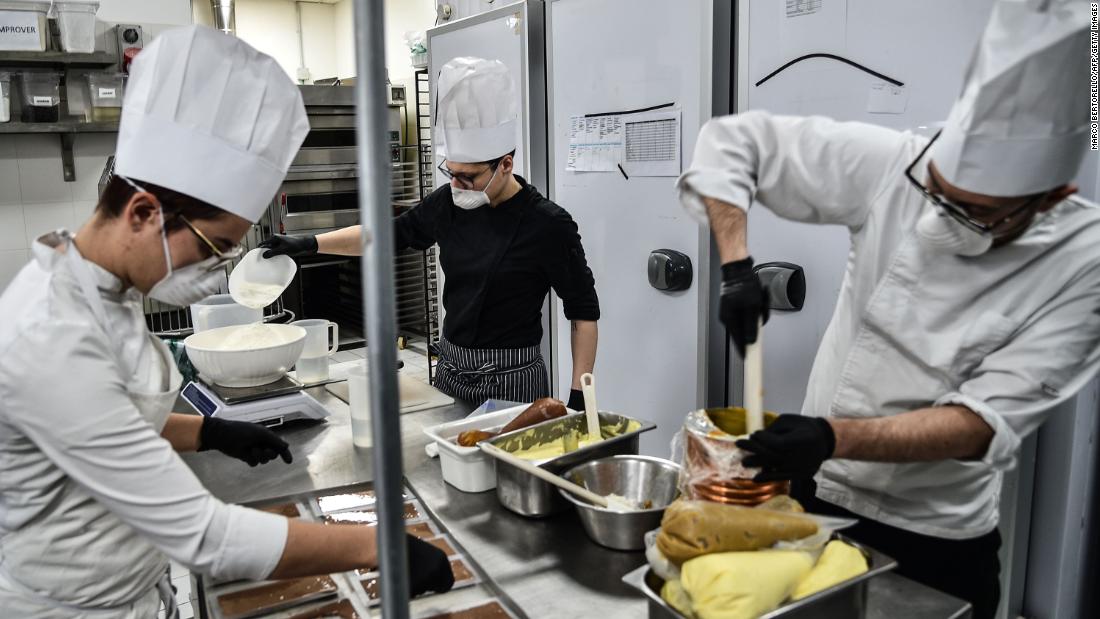 The lockdown puts the entire Lombardy region, home to the nation’s financial capital Milan, as well as 14 other provinces under travel restrictions. Schools, universities, theaters, cinemas, bars, and nightclubs have been closed, with the movement of more than 10 million people restricted.
While the restrictions are expected to take a toll on Italy’s already shrinking economy, some of the country’s biggest companies, including carmakers and fashion houses, said Monday that they are carrying on as usual.

Borsa Italiana, owned by the London Stock Exchange Group, said it is “operating normally” and has “robust business continuity arrangements in place” to ensure that markets can continue to function. The exchange’s benchmark stock index closed down 11.2% on Monday.

Supercar maker Ferrari (RACE), which is headquartered in one of the towns under lockdown, said that operations are continuing as usual. “This continuity is obviously subject to that of our suppliers with whom we are in constant contact,” the company said in a statement Monday, noting that it remains in “ongoing discussions” with authorities.

A spokesperson for Italian eyewear conglomerate, Luxottica, which is headquartered in Milan and makes Ray-Ban and Oakley, said all its sites in the region are “up and running.” Similarly, sports retailer Esselunga, which has offices on the outskirts of Milan, said operations are running in “business as usual” mode.

The lockdown was announced after Italy recorded a spike of 1,247 coronavirus cases on Saturday, taking the number of cases in the country to 7,375, with 366 deaths — the highest number of fatalities outside mainland China, and the biggest outbreak in Europe. Since then, the number of cases has increased to 9,172, with 463 deaths.

Italy’s Finance and Economy Ministry said in a statement on Monday that core sectors of the economy and the public administration would remain open for business even in the restricted areas.

But constraints placed on bars and restaurants, which can only open during the day and must ensure that patrons remain three feet apart, will deal a blow to hundreds of small businesses.

“Milan’s hotels are empty, so the jobs are at risk,” hotel worker Alice Baldisserri, 38, told CNN.

The tourism sector is also expected to take a knock, with restrictions extending to Venice, a destination popular with visitors. Italian tourism representatives said last month that 200 million euros ($260 million) in bookings had been canceled for March since the outbreak was first announced.