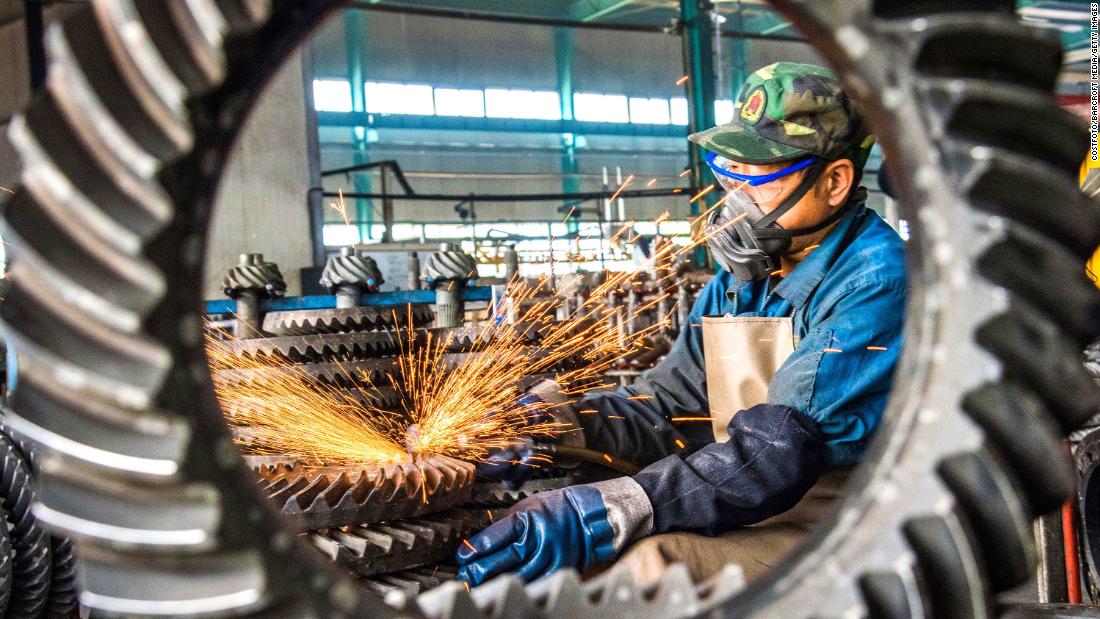 Yet Trump could amplify that financial pain by attempting to use tariffs or other sanctions to punish China for its role in the health crisis. Economists warn that such a strategy could badly backfire, potentially turning what is now a deep recession into a full-blown depression.

Wall Street is not happy about the return of Tariff Man, as Trump calls himself. The Dow tumbled 600 points, or 2.4%, Friday afternoon on concerns about renewed US-China tensions.

Recall that the Great Depression was worsened by a global trade war. In 1930, Congress passed the Smoot-Hawley Act, which imposed tariffs on all countries that shipped goods to America. Other countries retaliated with their own tariffs on US-made products.

Repeating that mistake might deepen the ongoing downturn, as new trade tensions could cause last year’s US-China trade agreement to implode. Higher tariffs — or merely threats of them — could amplify the uncertainty facing companies around the world. And it will add pressure to complex global supply chains.

“A Smoot-Hawley sequel is an entirely bad idea,” Brusuelas said.

Keep in mind that US tariffs on China don’t directly punish China — US businesses and households pay the cost of those taxes, not Beijing.

The timing of the renewed trade tensions is highly unusual.

In the past, the argument for taking the fight to China was that the United States economy was strong enough to withstand a trade war. Yet talk of tariffs now comes as even Trump’s own economic advisers warn of 20% unemployment and a 40% collapse in GDP. In other words, the US economy is extremely vulnerable.

Wall Street had been betting on a swift recovery from the recession. That optimism had lifted the S&P 500 about 30% above its March 23 low, at least before Friday’s tumble.

New tariffs would clearly cast doubt on that assumption, according to Deepak Puri, CIO Americas at Deutsche Bank Wealth Management. “Discussions around new tariffs would be bad news, for both financial markets and the economy,” Puri wrote in an email.

Could Trump cancel US debt owed to China?

Multiple Trump administration sources told CNN this week that there is an appetite to use various tools against China, the most alarming of which is the idea of retaliating against China by canceling US debt owed to Beijing, as first reported in The Washington Post.
China owns $1.1 trillion of US Treasuries, according to the Treasury Department, making this an enticing idea for China hawks. And it could be intriguing to Trump, who has called himself the King of Debt.
For instance, Republican Senator Marsha Blackburn told Fox News Radio this week the United States should consider waiving interest payments to China because of the economic cost of the pandemic. “I think that that’s an idea that is worthy of exploration looking forward,” she said.

Such a move would be highly destabilizing, as it would constitute a default on US debt, analysts say. That in turn could force ratings firms to downgrade the United States’ own credit rating, undermining the widely-held view that US Treasuries are the safest assets in the world, where they serve as a benchmark for pricing on everything from mortgages to junk bonds.

“Collecting reparations” through China’s Treasury holdings “would undermine financial markets” and be “legally questionable,” analysts at consulting firm Eurasia Group wrote in a note to clients Thursday. The firm said such a move is “extremely unlikely.”

Chris Krueger, analyst at Washington Research Group, agrees. “We don’t think this will happen and it is likely to see serious pushback, BUT we are in totally uncharted waters,” Krueger wrote in a note to clients.

Brusuelas, the RSM economist, warned that canceling US debt held by China would “cause global financial markets to come to a screeching halt” and worsen the economic crisis.

“If such a thing were to ever be attempted it would create the conditions for a global depression,” Brusuelas said.

Trump’s economic advisers have been trying to shoot down this idea.

Even Trump sounds cautious about such a radical strategy. Asked if he would consider having the United States not pay its debt obligations to China, Trump expressed concern about undermining the US dollar.

“When you start playing that game, you’re really hurting the sanctity, the importance of the greatest currency on Earth,” Trump said Thursday. “That’s a rough game.”

Yet he didn’t back down from the idea of punishing China through alternate methods that could also hurt the economy. “We can do it in other ways. We can do it with tariffs,” Trump said.

In other words, Tariff Man is winning out over King of Debt. Either way, the economy could be the big loser.