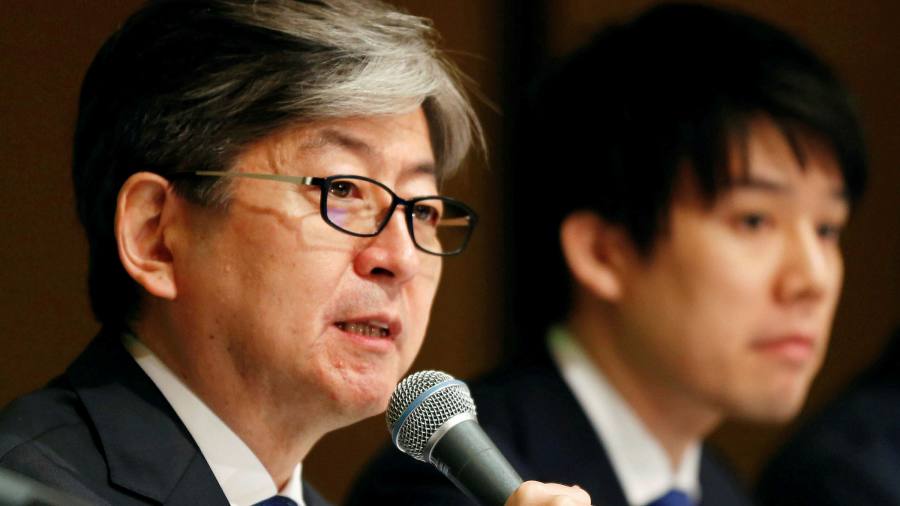 One of Japan’s largest online brokerages will attempt to take shareholder activism into the mainstream with a new fund whose managers will “crowdsource” ideas from thousands of retail investors on how best to challenge corporate leaders.

Monex hopes the unorthodox approach of “The Future of Japan” fund will prove attractive to Japan’s army of online traders, whose numbers have grown significantly since the start of the Covid-19 pandemic. The fund is set to launch in June.

Oki Matsumoto, the founder and chief executive of Monex, told the Financial Times that the fund would exploit the huge base of customers already trading equities through Japan’s second-biggest online broker.

The plan, he added, was to invite retail investors to come up with suggestions for what company executives could do to improve their returns on equity, market valuation and corporate strategies. Without breaking restrictions on collective engagement, Monex could then use the best of them to prompt discussions with management at target companies.

“The idea would be to give this fund the ability to take the voices of retail investors into meetings with the companies,” said Mr Matsumoto.

He added that the fund would seek to invest in Japanese companies where there was potential to unlock significant value if management agreed to certain changes in strategy and governance. The fund will probably run a rolling portfolio of about 15 publicly traded companies.

A public offering for the fund, which will be open-ended but is expected to raise an initial $1bn, will begin on June 10. The launch comes on the back of successive years of increasing shareholder activism in Japan, which have seen mostly foreign funds launch a series of campaigns against companies across the industrial spectrum, from Sony and Panasonic to Tokyo Dome and Kirin.

Mr Matsumoto noted that as a Japan-domiciled fund, based principally on capital raised in the country, the venture would not be subject to any of the restrictions that have been placed on foreign investment by recent changes to Japan’s Foreign Exchange and Foreign Trade Act (Fefta). Those amendments have been seen by some as designed to rein in foreign activists.

Companies targeted by the fund, added Mr Matsumoto, were likely to be clustered in older industries such as engineering and manufacturing, where senior executives had clung for decades to non-core assets or listed subsidiaries and had consistently failed to boost valuations.

Since the introduction of Japan’s governance code five years ago, companies have come under pressure to jettison underperforming units and divest or buy-in listed subsidiaries. Japan’s upcoming season for annual shareholder meetings, despite the disarray caused by the coronavirus pandemic, is expected to produce a record number of shareholder proposals. Most will probably be made by foreign activist funds.

Mr Matsumoto, in his role as chairman of the Monex subsidiary running the fund, will be directly involved in its activism. He believes that his profile as the head of a prominent brokerage will give him greater access than other activist funds.