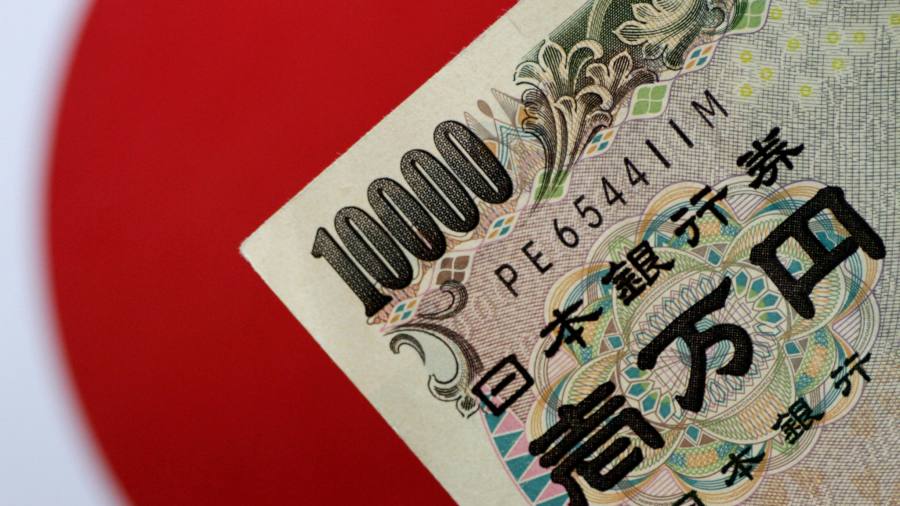 Japanese investors have bought a record haul of overseas bonds in a sign of intervention by the country’s $1.6tn state pension fund to counter strength in the yen due to the coronavirus.

Figures released on Thursday by the country’s ministry of finance showed that Japanese investors bought a net ¥4.2tn ($40bn) worth of overseas debt in the week ending March 7. That is the highest amount on record and roughly 10 times the weekly average over the past year. The previous record of ¥2.5tn was set in July 2016.

The MOF does not break down its data by investor type but traders at multiple brokerages said the pattern of buying “strongly suggests” that the Government Pension Investment Fund (GPIF) was responsible for about two-thirds of the foreign bond purchases.

“I would not be surprised if the GPIF had been buying, partly to slow down the pace of yen appreciation,” said Yujiro Goto, a foreign exchange analyst at Nomura Securities.

The timing would be politically significant. Thursday’s data coincided with comments by Bank of Japan governor Haruhiko Kuroda following a meeting with Prime Minister Shinzo Abe that the central bank stood ready to respond to “wildly fluctuating” markets.

The yen has surged against the dollar during the past 10 days, forced higher by the so-called safe haven trade that pushes the Japanese currency higher in times of market turbulence. Japan’s equity market has also been swept up in a global sell-off prompted by concerns over the coronavirus pandemic. Outflows from Japan into foreign assets — such as bonds — could ostensibly halt the yen’s appreciation.

Other market commentators said that — while difficult to confirm — all signs pointed to an effort by the world’s biggest pension fund to help soften the yen as it lurched closer to the ¥100 per dollar line last week. Traders have predicted that the currency could “easily” breach that level as global market turmoil unfolds. Japan’s economy is also set to enter a technical recession.

Traders said that one reason it was likely the GPIF was being called upon to intervene in the currency markets was because the ministry of finance might not want to be seen as trying to devalue the yen to make exports more competitive.

Despite its recent rise, the Japan’s currency has spent most of 2020 weak relative to its recent history. Forex analysts have put that down to consistently high net portfolio outflows from Japan this year. Purchases of debt have risen to more than ¥9tn since the beginning of January — 60 per cent higher than in the same period a year ago.

Analysts said the GPIF also had technical reasons for increasing purchases of foreign bonds. In the coming weeks it is due to unveil its portfolio rebalancing targets, which it does once every five years. It is widely expected to announce a much heavier weighting towards foreign bonds, raising its current target allocation of 15 per cent to as high as 25 per cent. It might have started buying the bonds in advance of that.

“Timing wise it is interesting . . . but normally they would want to bring the allocation close to the new target before they announce,” said Shusuke Yamada, a strategist at Bank of America. “They would be rebalancing regardless, but it is also true that [the yen’s level of] ¥103-¥102 is very sensitive for policymakers.”

A spokeswoman for the GPIF said the fund could not comment on its current investment activities.

She pointed to the GPIF’s investment principles of achieving “the investment returns required for the public pension system with minimal risks, solely for the benefit of pension recipients from a long-term perspective, thereby contributing to the stability of the system”.