Japan just fell into recession, and much worse could be on the way 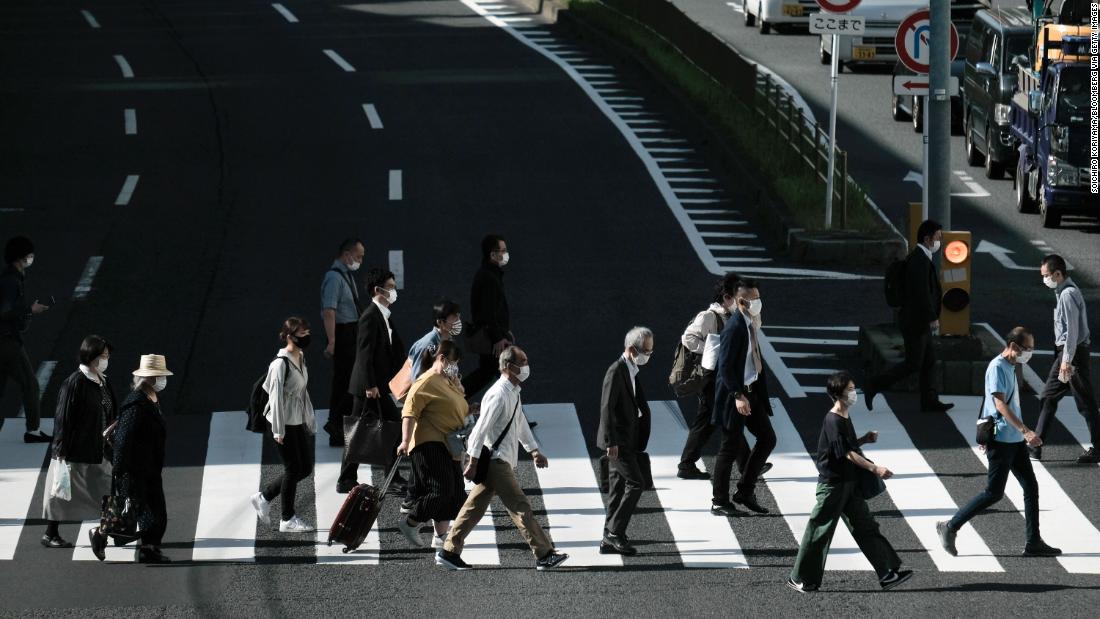 The world’s third-largest economy shrank 0.9% in the January-to-March period compared to the prior quarter, according to government data released Monday. While that is slightly better than the 1.2% drop forecast in a Refinitiv poll of analysts, it is still the second straight quarter of declines — meaning Japan has now entered recession.

The drop was more dramatic, a 3.4% fall, when measured as an annualized rate.

Japan’s economy was already struggling before the outbreak: Economic activity contracted late last year as the country absorbed a sales tax hike and grappled with the aftermath of Typhoon Hagibis, a powerful storm that hit the country last fall.

And though the virus started weighing on the country in early 2020, analysts warn that Japan’s first quarter does not capture the full effect of the pandemic.

“The sharp fall in output in the first quarter suggests the spread of the virus had already dealt a significant blow to economic activity in March,” wrote Tom Learmouth, Japan economist for Capital Economics, in a research note Monday. He said that “much worse” is to come in the second quarter, forecasting a 12% quarter-on-quarter plunge.

Private consumption, which contributes to more than half of Japan’s economy, fell 0.7% — and that was before the government declared a state of emergency that led to nationwide restaurant and retail closures.

“That’s just the tip of the iceberg,” Learmouth said. “April and May will have been far worse.”

Exports — which makes up 16% of Japan’s economy — shrank 6% in the quarter, as goods bound for the country’s major trading partners stagnated. It was the sharpest contraction for that sector since 2011, when a massive earthquake and tsunami struck the country.
The Japanese government, meanwhile, has already announced a roughly $1 trillion stimulus package to protect the economy from the fallout of the pandemic. That’s equivalent to about 20% of Japan’s annual output. Shinzo Abe’s administration is likely to announce even more measures before the end of the month.