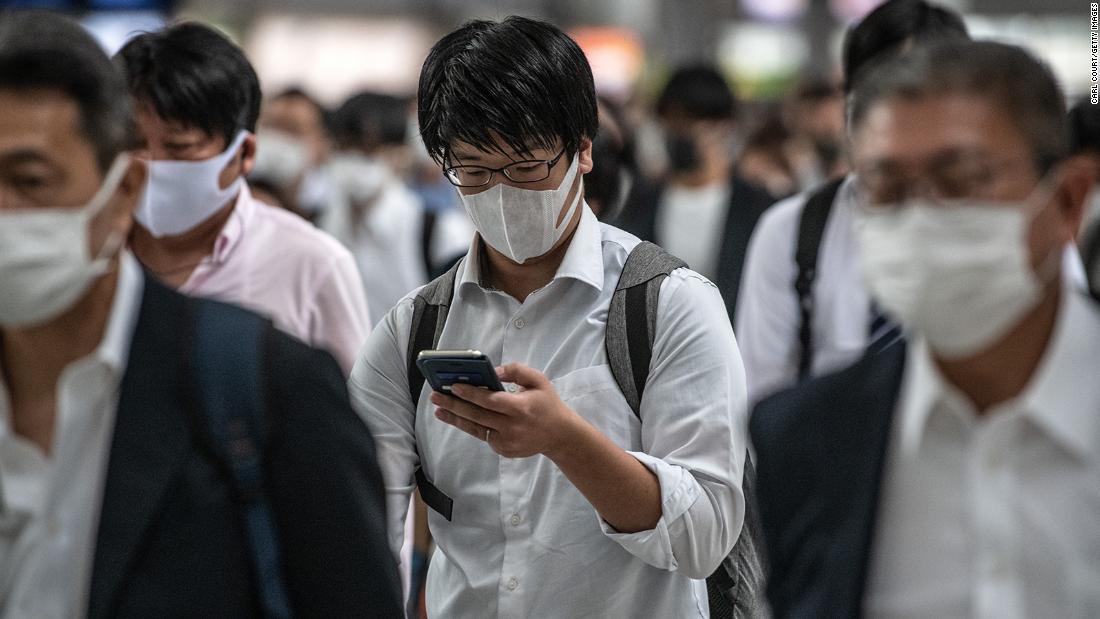 The new measures bring the total of Japan’s stimulus spending to 234 trillion yen ($2.2 trillion) — a staggering amount equivalent to almost 40% of the annual output of the world’s third biggest economy.

The latest package includes rent subsidies for individuals, and small and medium size businesses hit hard by the Covid-19 pandemic. The government will also pay 200,000 yen ($1,860) each to front line medical workers.

Japan will issue government bonds to fund the stimulus package.

Japan’s economy was already struggling before the outbreak. Economic activity contracted late last year as the country absorbed a sales tax hike and grappled with the aftermath of Typhoon Hagibis, a powerful storm that hit the country last fall. But the coronavirus weighed heavily on the country in early 2020, pushing Japan’s economy into a recession.

In a sign Tokyo is preparing for widening fallout, the government also set aside 10 trillion yen ($93 billion) in reserves that can be tapped for emergency spending. Nearly 3 trillion yen ($28 billion) will be spent on vaccine research and the cash handouts to medical workers.

Japan’s move is one of the latest efforts by countries to unleash a massive amount of government spending aimed at helping households and businesses cope with the fallout from the coronavirus pandemic.

China promised last Friday to throw 3.6 trillion yuan ($500 billion) at its economy this year in extra stimulus measures as part of a bid to create 9 million jobs and blunt the impact from the pandemic. The United States passed a $2 trillion stimulus bill in March, the largest emergency aid package in history. Washington is now weighing another aid bill to spend more than $3 trillion for Covid-19 relief.

The flood of stimulus comes as the number of coronavirus cases continues to mount. So far more than 5.5 million cases of Covid-19 have been reported worldwide, while at least 348,000 people have died, according to Johns Hopkins University. Japan has recorded more than 16,581 confirmed cases and 830 deaths.

“The economic revival would be the first priority for my administration,” Abe said earlier this week, after he lifted the state of emergency in the country.

Business and social activities have been slowly returning for most of the nation. Museums and sports facilities opened in Tokyo this week, and schools will start with a phased approach in the coming weeks.

— Kaori Enjoji and Laura He contributed to this report.