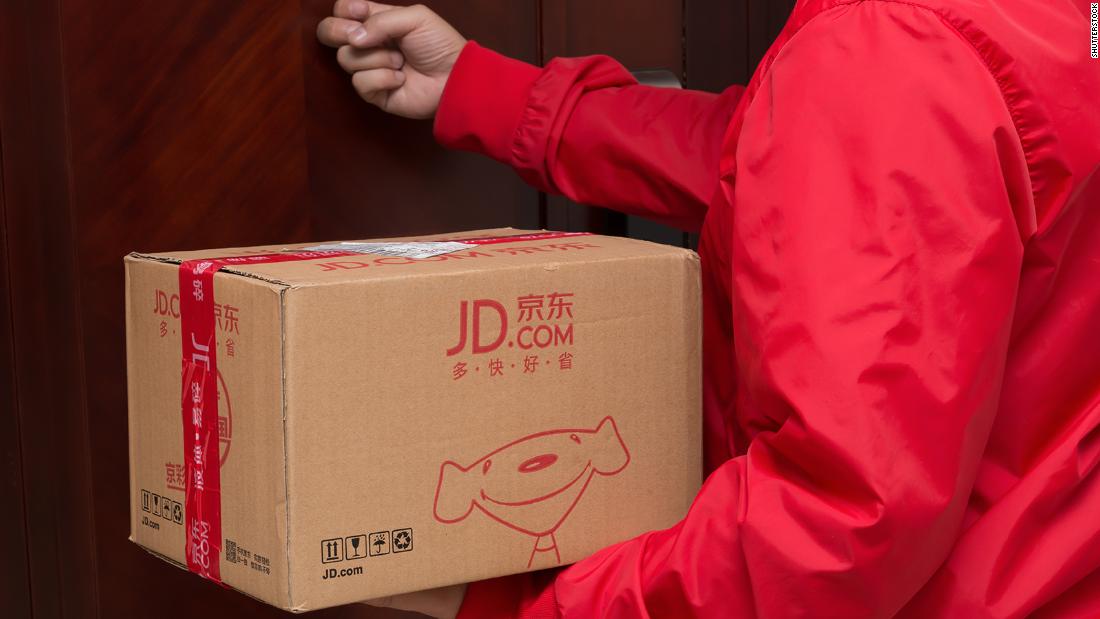 The Chinese e-commerce and tech company said in a filing to the US Securities and Exchange Commission on Friday that it is issuing 133 million new shares at a maximum price of 236 Hong Kong dollars ($30.45) each, offering no discount to JD’s closing price in New York. The stock has traded there since 2014.

The transaction could raise more than $4 billion for the company, assuming it prices at the top of the range. The final price is expected to be set on Thursday. JD declined to comment about its minimum price for the new shares.

The company said it wants to use the money to invest in supply chain technology and improve operating efficiency.

JD is expected to begin trading in Hong Kong on June 18, the same day as the company’s founding and the final day of its annual shopping blitz in China known as 618.

JD’s Hong Kong listing comes as tensions between the United States and China are on the rise, threatening to break a fragile trade truce between the world’s biggest economies. Washington and Beijing have clashed over a new Hong Kong national security law, pointed fingers over who is to blame for the coronavirus pandemic and are locked in an ongoing fight over who controls the technologies of the future.

While JD seeks to raise billions of dollars in Hong Kong, Chinese companies on Wall Street are facing heightened scrutiny.

US Secretary of State Mike Pompeo on Thursday praised the Nasdaq for proposing new rules on compliance that could affect Chinese companies, adding that other exchanges should consider similar regulations.

“American investors should not be subjected to hidden and undue risks associated with companies that do not abide by the same rules as US firms,” Pompeo said in a statement. “Nasdaq’s action should serve as a model for other exchanges in the United States, and around the world.”
And following an accounting scandal involving Luckin Coffee (LK), which started trading in New York last year, the US Senate unanimously passed a bill that would prevent companies that refuse to open their books from listing on Wall Street. The bill’s bipartisan co-sponsors said the goal is to “kick deceitful Chinese companies off US exchanges.” The bill still needs to pass the US House of Representatives before it proceeds.

In filings to the SEC, JD cited the heightened US regulatory environment and the potential passage of the bill as possible risk factors.

“Enactment of any of such legislations or other efforts to increase US regulatory access to audit information could cause investor uncertainty for affected issuers, including us, the market price of our [US shares] could be adversely affected, and we could be delisted if we are unable” to meet requirements in time, JD said.

The Nasdaq moved to delist Luckin after the Chinese coffee chain admitted that a significant portion of its revenue last year was made up. Luckin (LK) has appealed the decision, and its shares have resumed trading. Its stock is down about 86% for the year.

JD’s Hong Kong listing will be tied to the performance of the 618 shopping campaign, which is being closely watched this year as a barometer for China’s economy. Domestic consumption will be key to the country’s economic recovery, because the rest of the world is still fighting Covid-19.

In a blog post last week, JD touted the mid-year shopping bonanza’s “role in post-epidemic consumption,” noting transaction volume for the first day of the sales campaign rose 74% compared to the same period last year.
The shopping festival, which typically lasts from June 1 to June 18, is JD’s answer to Singles Day, an informal Chinese holiday on November 11 that Alibaba (BABA) took over and turned into the world’s biggest online retail blitz. JD launched the 618 campaign in 2009 and chose the date June 18 because that was the day the company was founded.

Like Singles Day, many other retailers take part in 618, including Alibaba and Pinduoduo.

— Laura He contributed to this report.