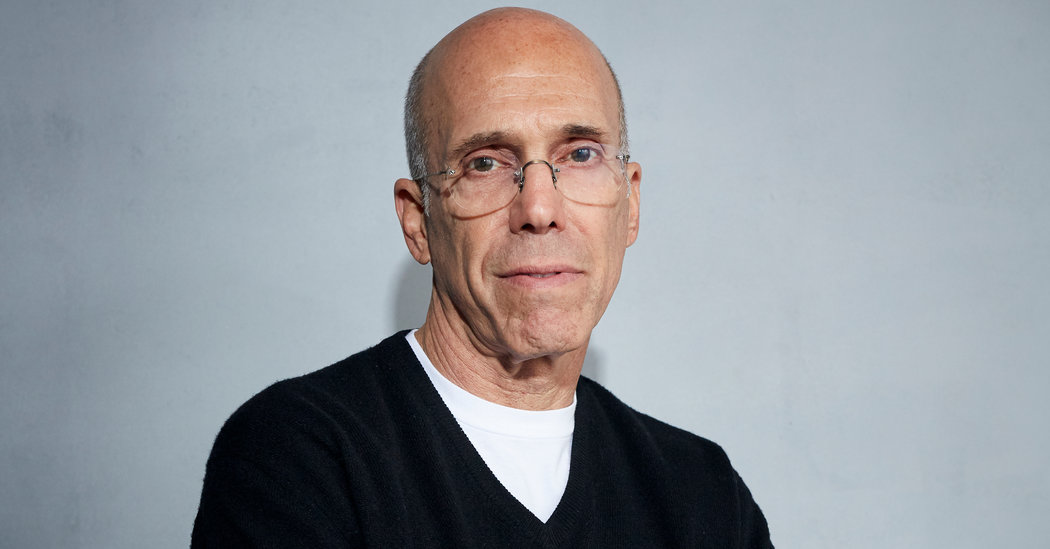 Deprived of a frenetic schedule that, before the coronavirus pandemic, typically meant three breakfast meetings, three lunch meetings and a working dinner, the veteran executive has filled his days with what he calls “Zoom-a-roo” videoconferences as he tries to rejigger Quibi, the streaming app he started with Meg Whitman a little more than a month ago.

Downloads have been anemic, despite a lineup that includes producers and stars like Jennifer Lopez, LeBron James, Idris Elba, Steven Spielberg and Chrissy Teigen.

The service, which offers entertainment and news programs in five- to 10-minute chunks, was designed to be watched on the go by people who are too busy to sit down and stream TV shows or movies. It came out when millions of people were not going anywhere because of stay-at-home orders across the country.

“I attribute everything that has gone wrong to coronavirus,” Mr. Katzenberg said in a video interview. “Everything. But we own it.”

Quibi fell out of the list of the 50 most downloaded free iPhone apps in the United States a week after it went live on April 6. It is now ranked No. 125, behind the game app Knock’em All and the language-learning app Duolingo, according to the analytics firm Sensor Tower.

Even with a free 90-day trial, the app has been installed by only 2.9 million customers, according to Sensor Tower. Quibi says the figure is more like 3.5 million. Of those who have installed the app, the company says 1.3 million are active users.

Mr. Katzenberg, the onetime head of Walt Disney Studios and a founder of DreamWorks SKG, was asked if he wished he had not launched Quibi when he did.

“If we knew on March 1, which is when we had to make the call, what we know today, you would say that is not a good idea,” he said. “The answer is, it’s regrettable. But we are making enough gold out of hay here that I don’t regret it.”

Mr. Katzenberg, 69, and Ms. Whitman, 63, the former Hewlett-Packard chief, raised nearly $1.8 billion from Hollywood studios and the Chinese e-commerce giant Alibaba for Quibi. They pitched it as an app designed to match how people consumed media now — on their phones during slow moments, while they commuted or waited in line. Conditions were much different on the day it came out.

“My hope, my belief was that there would still be many in-between moments while sheltering in place,” Mr. Katzenberg said. “There are still those moments, but it’s not the same. It’s out of sync.”

Many people who downloaded Quibi had a simple question: Why can’t I watch it on TV? In response, Mr. Katzenberg and Ms. Whitman have backpedaled on their original commitment to a smartphone-only app. This week, Quibi subscribers who have iPhones will be able to watch movies-in-chapters like “Most Dangerous Game” and shows like “Chrissy’s Court” on TV screens. (Android users will have to wait a few more weeks.)

Also coming soon, Mr. Katzenberg said: Quibi will be less walled off from the internet, and users will be able to share its content on social media platforms.

“There are a whole bunch of things we have now seen in the product that we thought we got mostly right,” he said, “but now that there are hundreds of people on there using it, you go, ‘Uh-oh, we didn’t see that.’”

Quibi placed a large bet on news programming for a lineup of shows from NBC, BBC, Telemundo and ESPN that it filed under the name Daily Essentials. Interest in those segments has been minimal.

“The Daily Essentials are not that essential,” Mr. Katzenberg quipped.

There have been other bumps in the last month.

A tech company, Eko, accuses Quibi of misappropriating trade secrets and infringing on the patent for the technology that allows viewers to shift seamlessly between horizontal and vertical viewing. The activist hedge fund Elliott Management has committed to funding a lawsuit filed by Eko.

A recent report found that Quibi had given away its customers’ email addresses without their knowledge. “As soon as we heard about it, we fixed it,” Mr. Katzenberg said.

Several executives, including Janice Min, left Quibi during its beta phase, and the company parted with another key team member in recent weeks: Megan Imbres, the top marketing executive, who declined to comment. A newly installed interim marketing executive for Quibi, Ann Daly, once the president of DreamWorks Animation, has worked with Mr. Katzenberg since 1997. He said the change had come about because of a “difference of opinion about what the strategy would be going forward.”

Until recently, Quibi promoted its service as a whole, rather than marketing any particular show. That strategy has started to change. On a recent installment of “The Last Dance,” the ESPN documentary series on the 1997-98 Chicago Bulls, Quibi ran a commercial for “Blackballed,” a docu-series about the National Basketball Association’s banning of the Los Angeles Clippers owner Donald Sterling. On the season finale of “Saturday Night Live” this past weekend, it advertised its reboot of the Comedy Central show “Reno 911!”

Quibi will enact the new strategy on a smaller scale, spending much less than the $470 million it had planned to devote to marketing in its first year, given that many of its potential customers are stuck at home.

“Until we are in an environment where we can get a return on our investment, we are going to keep our powder dry,” Mr. Katzenberg said.

As Zoom and TikTok top the app charts, Mr. Katzenberg and other Quibi executives have been working on reducing their projections from the seven million users and $250 million in subscriber revenue they had estimated for Quibi’s first year. With television and film production shut down almost entirely, Quibi has also decided to slow the pace of its new releases so it will be able to offer fresh content until the start of 2021.

Despite the difficult start, Mr. Katzenberg said he saw reasons for optimism. Eighty percent of Quibi’s viewers complete the episode they are watching, Mr. Katzenberg said. And once daily life returns to normal, he believes, people will go back to using their phones in ways that prompted him and his investors to bet on Quibi.

When asked if the success of TikTok gave him pause, considering that it is also a platform built on short-form video, albeit of the user-generated variety, Mr. Katzenberg seemed momentarily steamed.

“That’s like comparing apples to submarines,” he said. “I don’t know what people are expecting from us. What did Netflix look like 30 days after it launched? To tell me about a company that has a billion users and is doing great in the past six weeks, I’m happy for them, but what the hell does it have to do with me?”