Jobs Report for February: Here’s What to Expect 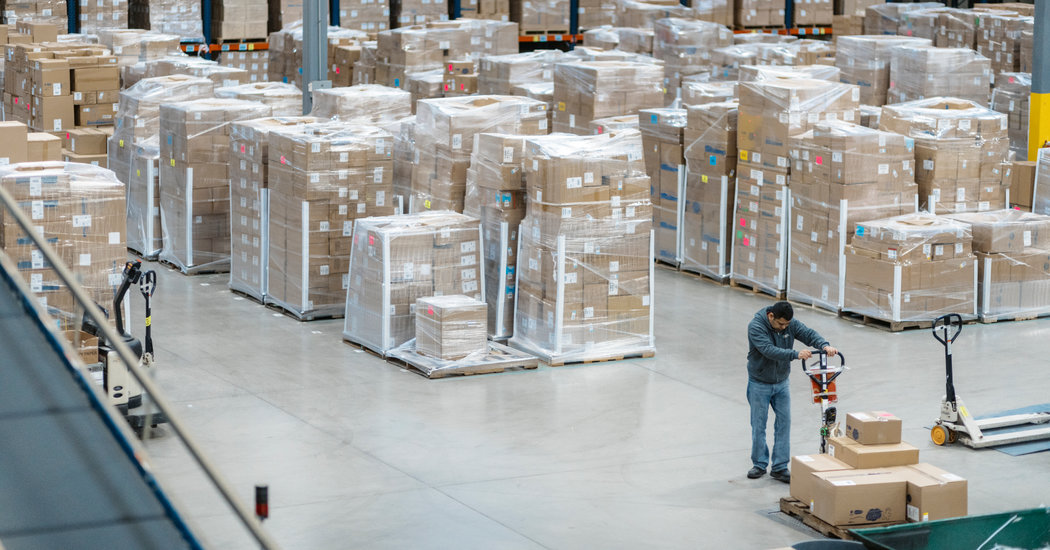 The Labor Department will release hiring and unemployment figures for February at 8:30 a.m. Eastern time. Here’s what to watch for:

The global coronavirus outbreak will not be fully reflected.

Every jobs report looks backward, but the February data captures a particularly unusual moment, before the market was gripped with anxiety about the global economic impact of the widening coronavirus outbreak.

The government’s estimate of payroll increases is based on surveys of companies completed by the middle of the month, when the prevailing sentiment was that the health and economic effects would be contained and the United States would remain relatively unaffected.

To Ian Shepherdson, chief economist at Pantheon Macroeconomics, the value of this report is that “it gives us kind of a benchmark of where we were before things began to go wrong.”

A clearer picture of the impact on the labor market from disrupted supply chains or changes in travel, entertainment and dining plans should emerge over the next couple of months.

The result is that Friday’s report can be interpreted to suit anyone’s sentiments.

“The risk is that the market will downplay a good number and exaggerate a bad number,” said Lee Ferridge, head of macro strategy for North America at State Street, a large financial institution based in Boston.

“If it’s a decent number, the market’s going to be ‘Yeah, that was before the situation deteriorated,’” he said. “And if it’s a weak number, the market reaction will be ‘Oh, we were weakening before it started getting worse.’”

There may be clues in the number of hours worked.

The average weekly hours worked may indicate whether supply chain disruptions linked to the outbreak are cutting into production.

“Where it’s likely to affect the labor market is in reduced hours for service workers,” said Diane Lim, an economist at the Penn Wharton Budget Model. “Entertainment, hospitality, food and lodging, service jobs — they won’t lose their jobs but will probably get a cut in hours.”

Over the last few months, the average number of hours worked a week has been 34.3. If it were to fall, “that would be a very negative signal to me,” Mr. Ferridge of State Street said. The last time it hit 34.2 hours was in January 2011.

In 2019, year-over-year wage growth reached 3.5 percent. In recent months, it has not come close to that peak. The continued sluggishness despite record-low jobless rates remains a puzzle.

Minimum-wage increases taking effect this year in various cities and states may start to push up earnings. But most economists expect wage gains to stay flat. “The 12-month growth rate has been chugging along at 3 percent,” said Ben Herzon, chief economist at IHS Market. “And I don’t expect anything different there.”

Some vulnerabilities have emerged.

Diane Swonk, chief economist at Grant Thornton, said she expected that the report would reflect some retail-store closings as well as declines in manufacturing and mining. In January, Boeing suspended production of the 737 Max airplane, which had been involved in two calamitous crashes, and that move has begun to take a toll on its suppliers.

There were scattered reports this week about a potential downturn in employment in the most vulnerable sectors: transportation, hospitality, entertainment and travel.

Airlines are clearly feeling the squeeze. United Airlines announced on Wednesday that it was imposing a hiring freeze through June, postponing scheduled merit raises and inviting employees to apply for unpaid leave.

“Layoffs are here,” said a respondent in the transportation-equipment sector when surveyed by the Institute for Supply Management for its monthly manufacturing report.

But underlying strength should cushion any shock.

But so far, severe dents in employment seem more feared than real. The labor market has been remarkably resilient, delivering job gains for 112 months in a row despite global slowdowns, bitter trade fights and stock market gyrations.

Becky Frankiewicz, president of North America at ManpowerGroup, an employment agency, said she had not seen any pullback, even in the hospitality and travel industries. “We continue to see a huge demand” for temporary and permanent workers, she said.

The labor market’s strength early this year should give the economy some cushion against the shock of the coronavirus, said Karin Kimbrough, chief economist of the professional networking site LinkedIn.

“I don’t think we were starting from a point of weakness,” she said. “The economy in the U.S. was pretty solid.”