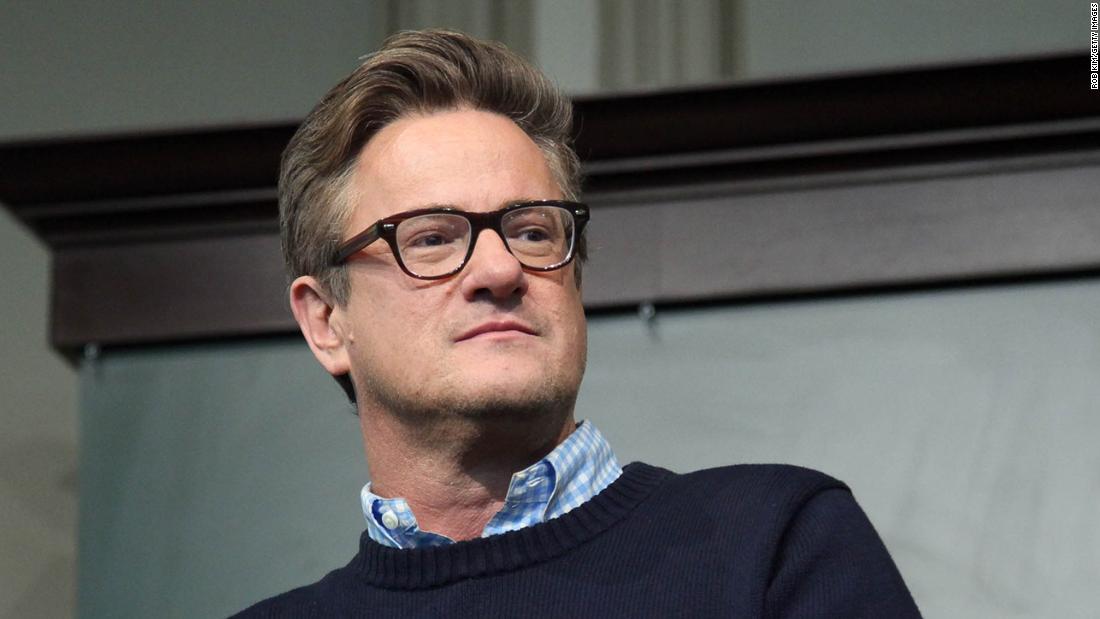 In a nearly seven-minute monologue on his show Wednesday, at times shouting, the MSNBC “Morning Joe” host said that the Facebook CEO is a danger to democracy.

Social media, including Facebook (FB), has long been a home for conspiracy theories and hate groups. Recently, particularly incendiary speech promoted by President Donald Trump and others has sparked a nationwide outcry about the role of social media in our society.

“You look at this site where there’s a right-wing extremist group that is literally targeting men and women who are dedicating their lives to protecting American citizens,” Scarborough said. “And of course they hatch their conspiracy theory by giving Mark Zuckerberg money, by going on Facebook. Now that’s bad enough, right? But Mark Zuckerberg is promoting the extremism because Mark Zuckerberg is actually — his site, the Zuckerberg site — has actually set up ad promotions that actually push people towards extremist sites that kill federal officers.”

The Tech Transparency Project, a research initiative of a nonprofit watchdog group called Campaign for Accountability, released a report this spring concluding that more than 60% of the 125 identifiable Boogaloo groups on Facebook have sprung up since January, and picked up steam after the onset of the Covid-19 lockdowns. In April, a Boogaloo devotee was arrested in Texas for allegedly attempting to find and kill police officers while filming on Facebook Live, according to the Southern Poverty Law Center.
Scarborough echoed a point that Facebook critics have made for some time: Facebook makes money when people engage with its platform, regardless of — or, as Scarborough argues, because of — the fact that many posts on Facebook are false, incendiary, misleading or purposeful misinformation.
Zuckerberg said last week he was “disgusted” by Trump’s remarks on the nationwide protests against racial injustice. He said Trump’s Facebook posts were divisive rhetoric, but he refused to take them off the site, because Facebook wants to inform people about their politicians’ views. Yet Facebook has struggled to keep hateful speech off its platform — whether or not it’s from politicians.

“Extremist groups and demagogic, authoritarian-type politicians here and across the world are now using these sites to promote hatred, to kill federal officers and to undermine American democracy,” Scarborough said. “Those people are becoming billionaires, and for Mark Zuckerberg to say he’s sad because he’s making billions of dollars over lies being spread off of hate groups germinating on Zuckerberg’s website and [Facebook Chief Operating Officer Sheryl] Sandberg’s website, it is so disingenuous.”

Scarborough called on politicians to act to hold Facebook accountable, tweeting his support for a potential Trump administration proposal that, according to the Wall Street Journal, would strip social media companies of some protections granted to them by Congress in Section 230 of the Communications Decency Act of 1996. That law prevents Internet companies from being held responsible for the actions of people who engage with their platforms.
Trump has been threatening to strip away Section 230 protections for what he sees as anti-conservative bias in social networks. Twitter (TWTR) said some of Trump’s tweets about mail-in voting and about the protests violated their policies, angering the president.
But Scarborough argued repealing Section 230 would hold Facebook and its leaders to account for hate speech and other activities, including allowing Trump to continue to repeatedly imply on social media that Scarborough was responsible for a former staffer’s death.

“If Congress doesn’t do something to make Mark Zuckerberg liable and to make Mark Zuckerberg’s website liable for the hatred and the lies and the libel that has been spread on his website, then American democracy will remain at risk,” Scarborough argued. “Mark Zuckerberg and Sheryl Sandberg are only interested in protecting their billions. And so when you find that a federal officer is mowed down by a right-wing extremist group, and it’s Mark Zuckerberg whose platform is promoting that group by pushing people to that group, then his words are meaningless.”