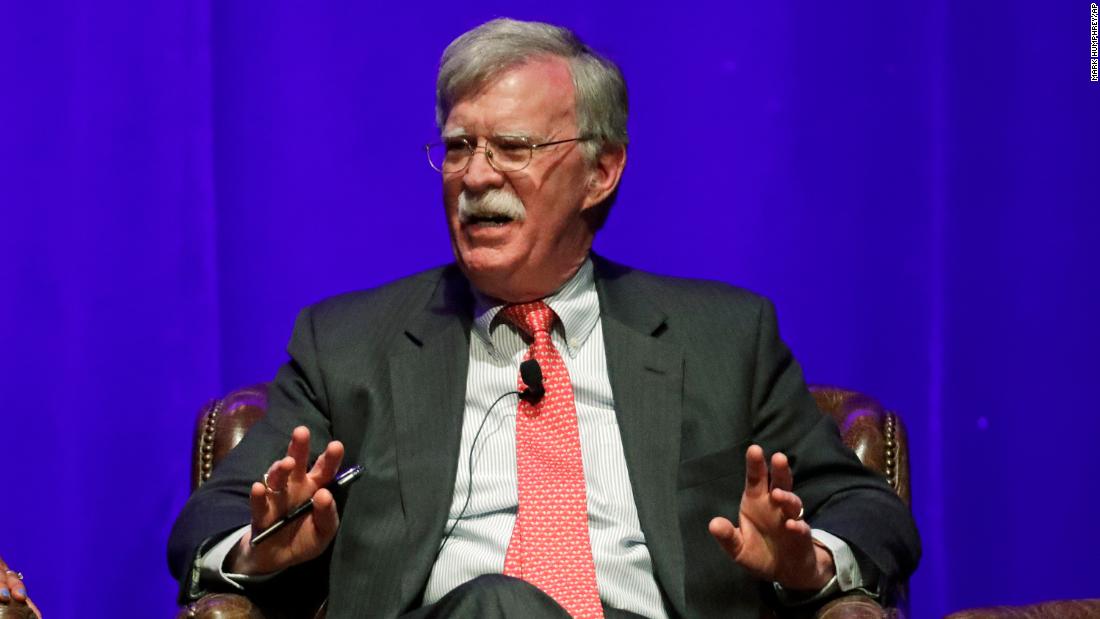 The delay revives questions about whether the government is unfairly holding up Bolton’s book for partisan political reasons.

“I hope it’s not suppressed,” Bolton said at a public speaking engagement on February 17.

Bolton struck a deal to write the book shortly after stepping aside as Trump’s national security adviser in September, after 17 months in that post. Simon & Schuster reportedly paid about $2 million for the rights to the book.

On January 26, Simon & Schuster announced the book’s title — which alludes to the Oval Office — and a March 17 release date.

That same day, The New York Times reported that the book contained information that was relevant to the Trump impeachment inquiry.

According to The Times, Bolton’s manuscript alleges that Trump directed him to help with his pressure campaign to get damaging information about Democrats from Ukraine.

Bolton said on February 17 that “there are portions of the manuscript that deal with Ukraine,” but he called those portions “the sprinkles on an ice cream sundae, in terms of the book. This is an effort to write history.”

Bolton’s lawyer submitted the manuscript to the White House for “prepublication security review” on December 30.

This is a normal process for former government officials like Bolton, to ensure that no classified information is disclosed.

But what’s unfolded since then is not normal.

President Trump has lashed out at Bolton and, according to the Washington Post, has “directly weighed in on the White House review.”

The Post reported on February 21 that Trump has told staffers that “everything he uttered to the departed aide about national security is classified and that he will seek to block the book’s publication, according to two people familiar with the conversations.”

In response, Bolton’s lawyer said the “pre-publication review” is proceeding and “we have nothing to say beyond that.”

Publishers typically need more than a few weeks to print and distribute books, so the March 17 date has been looking untenable.

On Tuesday morning Simon & Schuster adjusted the online pre-order pages for the book and announced May 12 as the new release date.

“The new date reflects the fact that the government review of the work is ongoing,” a company spokesperson said.

Some people who already pre-ordered the book on Amazon received messages on Tuesday letting them know about the new publication date.

“The Room Where It Happened” is already listed in the top 100 of Amazon’s bestselling books of 2020 to date, indicating a significant number of pre-orders.