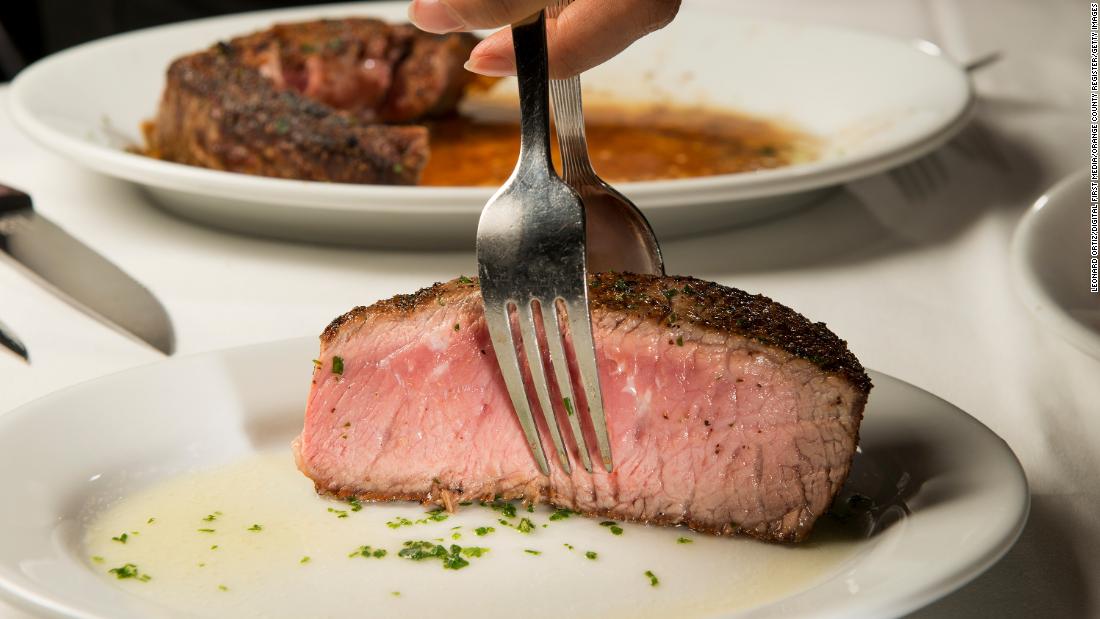 As a result, the popcorn seller says it is “now on the brink as it desperately tries to keep its employees on.”

The forgivable loan program, a centerpiece of the $2 trillion stimulus package enacted by Congress, aims to keep small businesses and their workers afloat during the pandemic.

“To find out you’ve been left out is disheartening,” Stacy Hawkins-Armstrong, who founded and manages Sha-Poppin, told CNN Business in an interview.

The suit also alleges that JPMorgan Chase’s (JPM) leaders hosted a nationwide conference call to inform their workers how to handle customers so that favored customers got special treatment. That special treatment, according to the lawsuit, included allowing those customers to submit applications earlier than they would have been able to, a tactic that pushed other qualified loan applicants out of line for a loan.

Hawkins-Armstrong was seeking $25,000 in emergency loans from JPMorgan Chase, money that would be used to keep her business afloat and continue paying her employees. Instead, she received just $6,000 through a community bank.

“Chase gave me nothing,” Hawkins-Armstrong said.

The small business was profitable enough to put Hawkins-Armstrong’s two children through college. Now, she doesn’t know if her company will make it through the crisis.

“I’m hoping it can survive, but at this point I just don’t know,” Hawkins-Armstrong said.

Under fire for taking money from the $349 billion PPP that was intended for truly small businesses, Ruth’s Hospitality (RUTH), the owner of the restaurant chain, announced late Thursday it will return the loan.

“The damage was done,” the lawsuit argues. “Ruth’s Chris’s walk-back cannot undo the lost opportunities, lost time value of money, and unnecessary stress incurred by these small businesses and their owners.”

The plaintiffs say this is the first time a large company is being sued for taking PPP funds. The Trump administration is now strongly urging public companies to repay these loans.

The backlash against banks and large businesses that received loans underscores concerns that the forgivable loan program suffers from a lack of oversight that is causing funds to get diverted away from those that need them most.

The owner of Ruth’s Chris trades on the Nasdaq and has a stock market valuation of $250 million. There are 150 Ruth’s Chris restaurants, including 20 international franchisee-owned restaurants in Mexico, Canada and other countries.

Ruth’s Chris declined to comment on the lawsuit. However, a spokeswoman for Ruth’s Chris said the company never used the $20 million in PPP funds it received. The spokeswoman said Ruth’s Chris has spent $10 million of its own funds since March 15 to cover payroll and pay 100% of health benefits for employees.

“We intended to repay this loan in adherence with government guidelines, but as we learned more about the funding limitations of the program and the unintended impact, we have decided to accelerate that repayment,” Cheryl Henry, Ruth’s Hospitality president and CEO said in an emailed statement to CNN Business on Thursday. “We remain dedicated to protecting our hardworking team. It is our hope that these funds are loaned to another company to protect their employees, just as we intended.”

The move came after other large restaurant chains, including Shake Shack (SHAK) and Sweetgreen, announced plans to return their PPP loans.

“The whole point of this bailout was to help the mom-and-pop shops throughout the country,” Jay Edelson, CEO of Edelson PC, the law firm that filed the lawsuit. “It’s incredible how it’s been subverted.”

The loans, which charge just 1% interest, can be used by small businesses with 500 or fewer employees to pay workers’ salaries, rent and utility costs. The loans are forgivable only if the small businesses maintain current employee and compensation levels.

Demand was so strong for PPP loans that the program ran out of money earlier this month, leaving tens of thousands of small businesses without the lifelines they need to get through the crisis.

The US Senate and House of Representatives approved legislation this week that would replenish the program with an additional $310 billion.

The lawsuit also names as a defendant Phunware (PHUN), a data firm that works for President Donald Trump’s reelection campaign.
Phunware, which is listed on the Nasdaq, appointed former JPMorgan exec Blythe Masters as its chair on March 30, three days after the PPP program was authorized by Congress. Masters left JPMorgan in 2014 after nearly three decades with the bank.
Phunware received a $2.85 million PPP loan through JPMorgan on April 10, according to an SEC filing. That was just two days after it applied for the loan, the lawsuit said.

“While Plaintiff sat for hours furiously attempting to access Chase’s website (and never could), Defendant Phunware received the white glove treatment from Chase,” the lawsuit said.

The White House and the Trump campaign did not respond to requests for comment. The SBA declined to comment.

Banks have been criticized for allegedly failing to process PPP applications on a first-come, first served basis. That left some small businesses without the funding they needed.

The lawsuit against JPMorgan Chase alleges the bank made “all efforts to prioritize processing the loan applications of its favored customers first, and deal with the remainder later.”

The Small Business Administration explicitly stated in a rule that PPP is a “first-come, first serve” program. However, that SBA rule does not spell out exactly what that means, nor does it say that banks must process applications in that way.
JPMorgan Chase, Bank of America (BAC), Wells Fargo and US Bank (USB) were hit with a lawsuit Sunday that argued the big banks harmed thousands of coronavirus-hit small businesses by unfairly prioritizing emergency loan requests from large customers to earn fatter fees.

That lawsuit was brought by a range of California small businesses, including a cybersecurity firm, an auto repair company, law firms and a frozen yogurt shop.

The lawsuits did not, however, produce any emails or internal documents that suggest this was the intent of the banks.

Bank of America and US Bank denied the allegations. JPMorgan Chase and Wells Fargo (WFC)declined to comment on the lawsuits.

However, a spokeswoman said that Chase Business Banking, which caters to smaller businesses with $20 million in revenue or less, has funded more than twice as many loans than the rest of the banks combined.

JPMorgan Chase also said that 80% of Chase Business Banking’s PPP loans have been to businesses with less than $5 million in revenue. And more than 60% of these PPP loans went to clients with fewer than 25 employees.