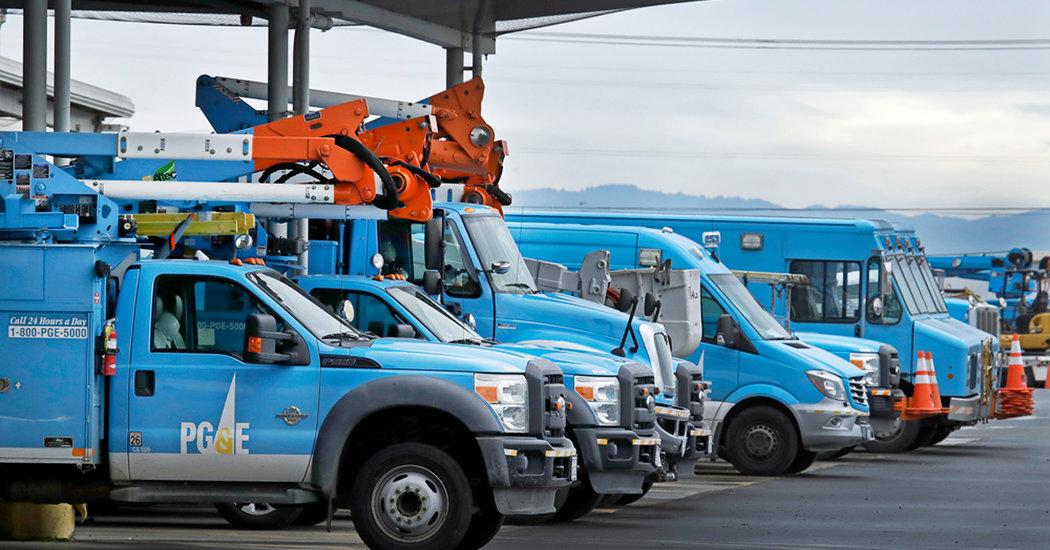 A federal judge on Friday is expected to approve Pacific Gas & Electric’s plan to exit bankruptcy, a crucial step in efforts to overhaul a utility whose equipment was involved in some of the worst wildfires to ravage California in recent years.

If it emerges from bankruptcy before the end of June, PG&E would be allowed to take part in a $20 billion state fund to help cover liabilities from future wildfires started by the company’s transmission lines and other equipment.

But even with that financial shield, reorganized finances and new management, PG&E will face daunting challenges. The company’s operations stretch across a 70,000-square-mile service area that appears increasingly vulnerable to wildfires because of climate change. And it is not clear whether the company, which has been repeatedly cited for negligence, is up to the enormous task of making its transmission system safer.

But ending the bankruptcy process would at least clear the way for payments to victims of the wildfires. Approval of the company’s restructuring plan, which Judge Dennis Montali of U.S. Bankruptcy Court has said he is likely to grant at a hearing on Friday, would authorize $13.5 billion in compensation for about 70,000 homeowners and businesses for their losses in fires started by PG&E’s equipment in recent years.

Half of that compensation will be in PG&E stock, which will be managed in a trust. PG&E said last week that the victims’ trust fund would own 22.19 percent of the company once the utility leaves bankruptcy.

Under its bankruptcy plan, the company would pay its bondholders what they are owed, and its existing shareholders would continue to own a big chunk of PG&E, an unusual outcome in Chapter 11 bankruptcy cases like this one. Usually, shareholders are left with nothing or a tiny percentage of the restructured company.

PG&E sought bankruptcy protection in January 2019 — the second time it has done so in the last two decades — after amassing an estimated $30 billion in liabilities from wildfires. The fires included the state’s most devastating, the 2018 Camp Fire, which killed scores of people and destroyed the town of Paradise.

Some residents and local officials in Northern California had called for the state to take over PG&E and turn it into a utility owned by governments or its customers. But those efforts gained little traction and the PG&E that emerges from bankruptcy will continue to operate as an investor-owned company. That allows the company to raise capital on stock and bond markets.

The restructured PG&E will have a larger debt than when it went into bankruptcy. As a regulated utility, it will in theory be able to shoulder that bigger financial burden. But if PG&E’s equipment is again involved in large wildfires or other disasters, its finances might come under strain, even with the protection of the state wildfire fund, which lawmakers created to help investor-owned utilities.

Gov. Gavin Newsom and state regulators have signed off on the company’s reorganization plan, a prerequisite for the company’s participation in the fund. Access to the fund will give investors some confidence in PG&E’s ability to withstand multibillion-dollar damage claims in the future.

In negotiations with PG&E, Mr. Newsom got executives to agree that the state could take it over if the utility failed to fulfill its obligations under the bankruptcy plan. The company recently appointed a new interim chief executive and overhauled its board to satisfy the governor.

On Tuesday, PG&E pleaded guilty to 84 counts of involuntary manslaughter for starting the Camp Fire. The company and the district attorney of Butte County agreed that PG&E will pay a $3.5 million penalty and give the county $500,000 to cover its investigation. A state judge approved that agreement on Thursday after hearing from people who lost loved ones in the fire.

PG&E’s guilty plea could influence a federal judge overseeing PG&E’s probation arising from its felony convictions in a 2010 gas pipeline explosion near San Francisco. That judge, William H. Alsup, has the power to impose new penalties on the company for violating its probation.

Separately, the California Public Utilities Commission has levied a nearly $2 billion penalty against PG&E for defective maintenance and needless deaths from wildfires in 2017 and 2018.

The company’s critics say PG&E and its shareholders have gotten away with a relatively light punishment from regulators, lawmakers and the courts given the deaths and destruction the utility has caused.

Mark Toney, executive director of the Utility Reform Network, which represents consumers, said policymakers ought to come down hard on the company if its equipment is again implicated in wildfires and other disasters.

“PG&E has been given plenty of chances and has bungled them all,” he said. “There should be no more chances for PG&E.”

California’s wildfire season, which started this month, is expected to be longer and more intense this year, state officials have said.